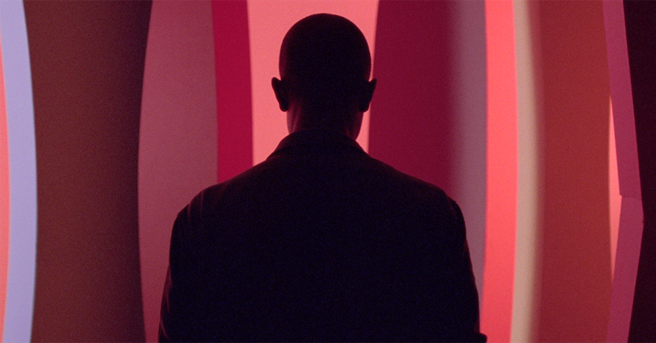 Fleet Foxes have released a short film for their Crack-Up album opener, ‘I Am All That I Need / Arroyo Seco / Thumbprint Scar’, directed by Sean Pecknold, with art direction and production design by Adi Goodrich, both of Sing-Sing, and choreography by Steve Reker. It was shot entirely on 35mm film in southern California, creating a look that feels like an old Technicolor movie, with everything hand-made and in-camera. It was made in partnership with WeTransfer, which commissioned and helped produce the video, which you can watch below.

WeTransfer is hosting the video on their editorial platform WePresent alongside a conversation among the Pecknold siblings Robin (lead singer), Sean (filmmaker), and Aja (band manager), who have shaped the visuals, sounds, and story of Fleet Foxes for a decade.

“For me, the song encapsulated the themes and feelings of the whole record like an overture,” says director Sean Pecknold; “the darkness / lightness, the fast / slow, the tension between two competing voices and the unpredictable dynamic shifts of tempo and voice. I wanted to create a striking visual allegory that felt both intimate and lonely, grand and triumphant.  With the film I wanted to visualize the struggle within the song through the story of a fictional character trying to escape from his house and reach an ever elusive mythical place only to be brought back to the start by the pull of a mysterious red cube. At the start of the film it’s as if we have happened upon a man tired from a repetitive struggle that has been going on for weeks, months, even years. There becomes a frustrating sense of repetition as he attempts to reach these metaphorical end goals and fails time after time. It’s something I can relate to, and hopefully others can too.”