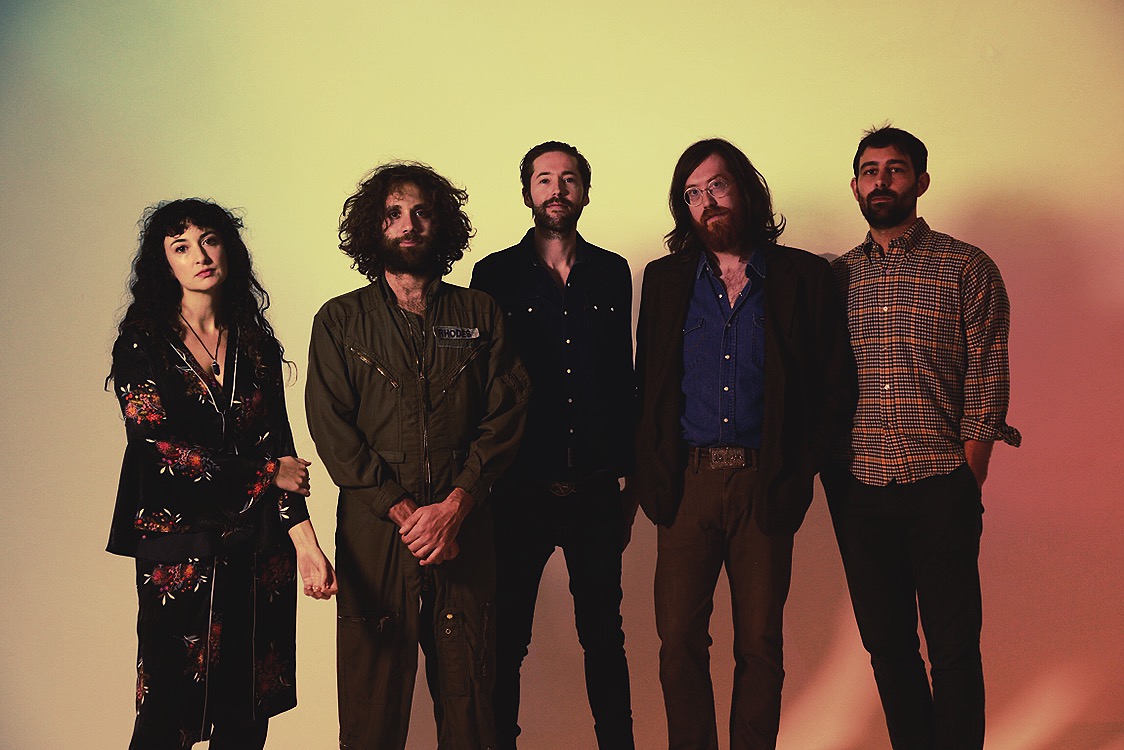 With three months of US touring under their belts, Will Sheff and fellow members of Okkervil River return to European shores in support of album In The Rainbow Rainreleased through ATO Records earlier this year.

Ahead of this European jaunt, Okkervil River are pleased to unveil two brand new tracks – both written and recorded during sessions for In The Rainbow Rain and musically aligned to the album. Sheff explains; “I wrote a ton of songs for the album and, in the end, chose ten that felt like they complemented each other as a whole piece. Some of these songs that were very dear to me, and I was   excited to get a chance to come back and put on the finishing touches.”

New Blood was one of the earliest songs written for the new album – written very quickly before the band toured Europe in 2016 and fine-tuned during soundchecks whilst on those dates – Sheff explains the track’s evolution; “As we worked on the song, I began to envisage it as a duet – a sort of darker “Islands in the Stream”! Our keyboardist Sarah K. Pedinotti from Lip Talk is an incredible singer and we’ve been doing a lot of singing together onstage recently, and she and I got together and laid down the vocals near the very end of the recording process.”

New Blood is backed with Skiptracer, which was written and recorded during the same sessions but as he divulges, “is a kind of a cloudy and mysterious song that just more or less came out of my subconscious – it wasn’t really filtered, but it was edited – as the original demo of the song, when I was writing it, was around twenty minutes long. This version was done in a couple of takes with little embellishment, and what you hear is what we played. The song starts with Benjamin Lazar Davis’s CR-78 vintage drum machine and then he comes in on electric bass, playing an interlocking part with Sam Evian on Moog bass. Sarah plays piano whilst I play acoustic guitar and sing a live vocal. Cully plays drums against the machine. I sent it to Rob Moose and he added strings, and Saundra Williams lent her amazing vocals to the song along with Leslie Gardner and Simone Appleby, both of whom also sing on New Blood.”

The two tracks depict both ends of Sheff’s creative axis, New Blood the buoyant and emotionally candid In The Rainbow Rain whilst Skiptracer inhabits the more introspective landscape of its predecessor, 2016’s Away.

Earlier this year saw Sheff undertake a whistle-stop run of low-key solo shows to preview both new material and tracks from what is an enviable catalogue that also highlighted a self-deprecating, stoic humour – all the more pertinent as news reached him at very late notice that his equipment had been mislaid at the airport. All things being well Okkervil River will be playing as follows: