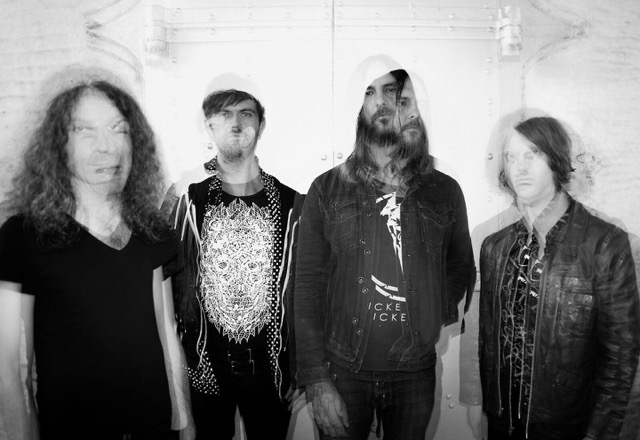 Leeds garage rock trio Magic Mountain have shared their very first music in the form of the massive single ‘Zodiac’. Magic Mountain sees guitarist Lins Wilson step out from the sidelines of Grammatics, Mother Vulpine, Lone Wolf & Sam Airey, and into leading this fuzzy, lo-fi, melodic, garage-rock band. Joining her in creating hard-hitting tunes with psychedelic undertones are Tom Hudson (Pulled Apart By Horses) and Nestor Matthews (Sky Larkin, Menace Beach), Magic Mountain is the result of some of the best and brightest of Leeds’s thriving DIY scene coming together to create something very special.

‘Zodiac’ is a two-and-a-half-minute, short sharp blast of ramshackle garage rock brimming with the huge riffs, razor-sharp melodies and hard-hitting drums that the trio are famous for in their other projects. A kick-down the door introduction from a band whose first two shows have seen them open for Meatbodies & TRAAMS at the Brudenell Social Club.

Magic Mountain’s Lins Wilson’s said: “We can’t wait to share ‘Zodiac’, with everyone. It’s been a long time coming for me to be writing and performing in a band like this – playing in Magic Mountain with Tom and Nestor is a total dream. It’s so fun, easy and we don’t take ourselves too seriously…I’ve finally been set free to shred! We’re excited to release our debut single as a split on Come Play With Me – a new Leeds label with a great ethos who are doing awesome things for our city, new bands and UK music.”

They will be joined on the split single by the recently reformed, West-Yorkshire DIY stallwarts Jon Jones & The Beatnik Movement.

Hailing from the old industrial city of Bradford, Jon Jones & The Beatnik Movement offer a mix of psychedelic noise, heavy fuzz tones, deep bass and thundering rhythm. With varied influences ranging all the way across the garage rock, psych, metal and post-punk spectrums – describing themselves as “80’s Matchbox meets QOTSA with naughty hints of The Cramps and Killing Joke thrown in for good measure” Having recently returned from a lengthy hiatus, Jon Jones’ new release will be emerge after a summer of gigs including opening for Meatbodies at the Brudenell Social Club.

Whilst they are keeping busy with their CPWM release and writing their long awaited debut album, Jon Jones’ are looking to spend the next while doing what they do best, travelling around the country and bringing their impressive live show with them..