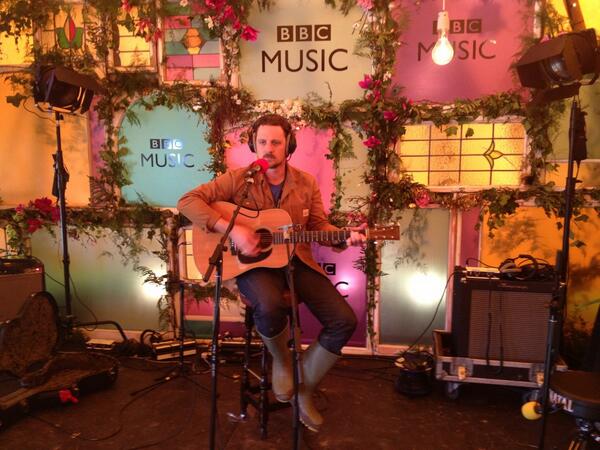 “Even people who swear they don’t like country music love this.”
– NPR, Favourite Albums Of 2014 (So Far)
“I don’t like country music, but…” is a frequently used phrase when it comes to unsuspecting new fans describing Sturgill Simpson’s  new record, “Metamodern Sounds In Country Music”.  “I want to play country for people that say they hate country, because they’ve never actually heard country”, Sturgill told USA Today.
With high praise coming in from less country-orientated publications such as Fader (Sturgill being the subject of Fader’s first ever feature on a country artist), Pitchfork, Stereogum, Esquire (“It is the best country record of the year, hands down. That is, if you can even call it country. Frankly, I don’t know what it is, except for brilliant… Sturgill Simpson’s new masterpiece.”) and Rolling Stone Magazine (“Best Albums of 2014 So Far”), this is proper country music, but not as you know it.
As word spreads to Europe, Sturgill Simpson was invited to stop by the BBC Teepee at Glastonbury on Sunday, where he performed two songs for 6 Music, including the album track, “Life Of Sin”. Watch the video at http://smarturl.it/ssglasto14
Listen to the full session and an interview with Cerys Matthews on the BBC iPlayer at http://www.bbc.co.uk/programmes/b0485r9w
Metamodern Sounds In Country Music is out now on Loose. Visit sturgillsimpson.com for a list of upcoming UK tour dates.
“He’s an eccentric outsider in the very insider world of modern country music. I don’t know if he’s the future of country, but I sure hope he is.”
Dan Auerbach, The Black Keys