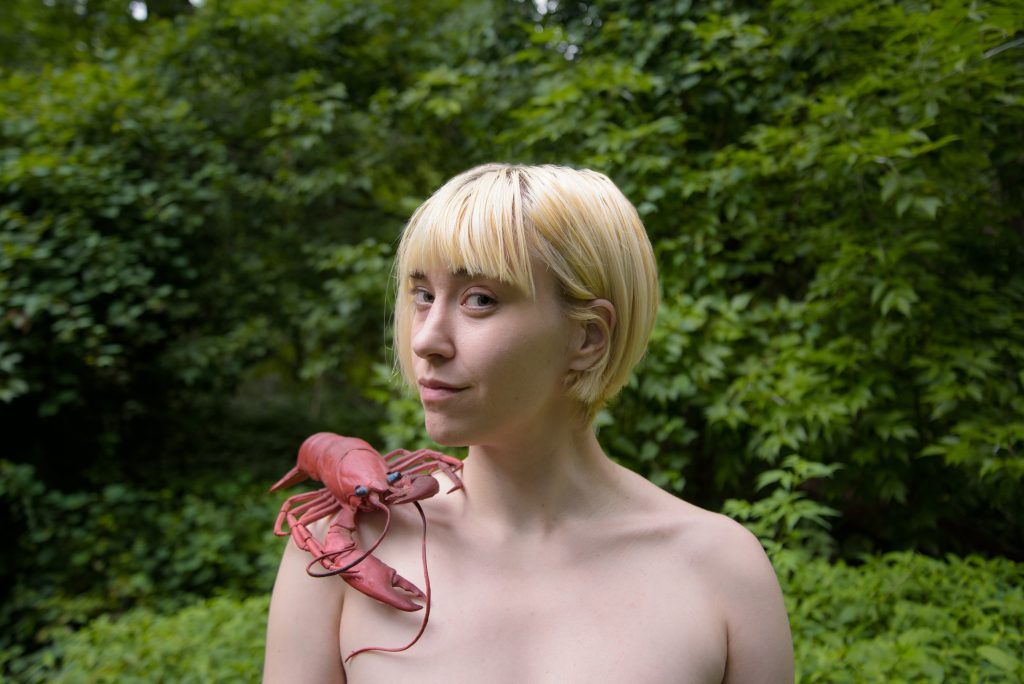 Announces Tour Dates Including The Fest

Emilyn Brodsky is thrilled to share the stop-motion animated video for her new single, “You Read Me Wrong,” with Impose Magazine. The first video in a three part series from her upcoming album, Emilyn Brodsky’s Digestion (due out October 14th via Dead Stare Records), the clip captures a colorful look into a rather bizarre digestive system. Brodsky’s lyrics embrace themes of being misunderstood as a big part of being alive, with a uniquely twee doo-wop charm.

With a sound self-described as “creepy comfy folk pop,” Brodsky focuses her storytelling on things that are usually kept secret. To put in simple terms: she writes songs about feelings, aggressively. Speaking about the track, Impose offered, “The song itself is tranquil, with a vintage 50’s doo-wop feel to it. Emilyn’s beautiful vocals are unapologetic”.

Talking about the video, Brodsky shared:

“This is the first of a triptych of stop-motion animated videos I am making with the amazing animator Hailey Wojcik for some of the songs on Emilyn Brodsky’s Digestion. This one is a glance into the inner-workings of my sensitive digestion; which includes teeth, witch fingers, and weeping pussies. Conveniently, my intestines happen to spell out the lyrics to the chorus of my song ‘You Read Me Wrong’ – who woulda known? BODIES ARE MIRACULOUS. I LOVE THEM. You also get to watch me type a letter on my Royal Quiet Deluxe, you lucky duck. This letter is to everyone and anyone I’ve ever had a miscommunication with, so, if you’re one of those people, this is the letter I’ve been meaning to get to you – sorry for the delay.”

Emilyn Brodsky’s third album was inspired by meat. “Six of the ten songs were written in Montana when I went there to work in a meat processing plant and to decompress after three months on the road. My mother is from Montana, and it’s my favorite place,” said Emilyn. “I have family out there but no friends – it can be pretty isolating, but it’s the best place to reflect and be inspired.”

So it was there in Montana (and in that meat processing plant) that the New York-based artist formed the skeleton for Emilyn Brodsky’s Digestion. In her words, “this album is about processing or, uh, digesting, pain and loss; about exorcising the false narratives we tell ourselves about our histories, and replacing them with truth – be it healing, heartbreaking or, more often than not, both.” The group of songs from Montana was rounded out with two songs from her song-writing archives that she felt were needed to complete the arch of the record. The album also includes two songs she wrote in Mexico while holding her breath in the ocean. Although Digestion was completed in early 2016, Emilyn intentionally waited until fall to release it; because, she says, “the creepy-comfy vibe of the record embodies what’s best about the autumn.”

Emilyn Brodsky’s Digestion brings back many familiar collaborators from her previous albums – Emilyn Brodsky’s Greatest Tits (2008) and Emilyn Brodsky Eats Her Feelings(2014) – including Franz Nicolay (The Hold Steady, The World/Inferno Friendship Society, Guignol), Peter Hess (Balkan Beat Box, The World/Inferno Friendship Society, Songs:Ohia ), and Emily Hope Price (Pearl and the Beard). Equal parts early Thao & The Get Down Stay Down alt-pop and Magnetic Fields theatrics, Digestion can just as comfortably cozy up to the Mountain Goats as it can to The New Pornographers.

Emilyn has performed and/or recorded with TV on the Radio, The Magnetic Fields, The Hold Steady, Kimya Dawson, and Vivian Girls. You may have seen her on tour opening for Against Me!, Laura Stevenson, or Spoonboy. You also may have seen her as herself during Season 3 of HBO’s Girls or on Fusion’s “The Chris Gethard Show.” Emilyn Brodsky’s Digestion is out October 14th on Dead Stare.