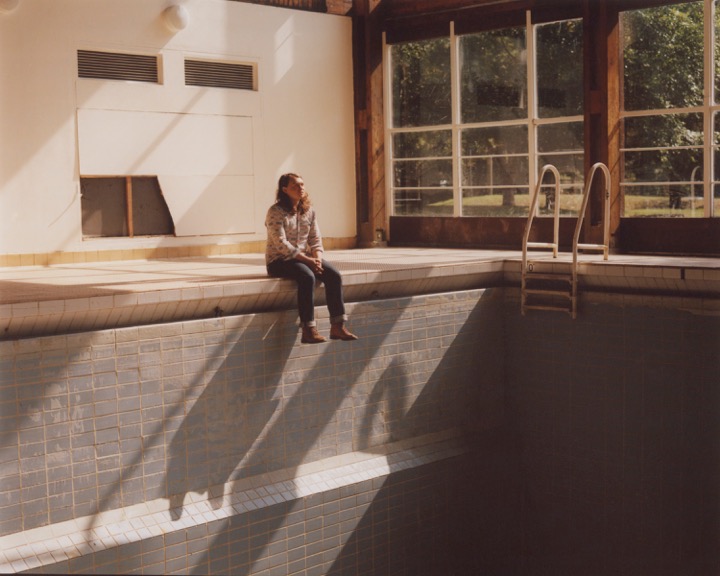 Toothless is pleased to unveil visuals for new single The Sirens (Feat. The Staves), released on the 4th November through Island Records.

Director Kit Monteith (who made the video along with Joseph Keirs and Sef Tedder) said of the concept, “We spent 4 sleepless nights in Ibiza trying to show the island’s surreal and seductive qualities in ways that have never been done before. When one thinks of Ibiza, particularly when it appears in music videos, its all beach parties, clubs and heteronormative perspectives.

“We wanted to show a stranger side; full of surprises, gender fluidity and mystical abandon. We’ve tried to show a ‘normal’ guy’s journey into a world of hedonism; where he is chewed up and spat out by the Sirens of the island where it’s always unclear who is using who?

“We found real people that live, love and work on Ibiza. Notably James, our Drag Queen on a stallion, who by day is an instructor at a riding school and by night has a successful drag show…he’d never revealed one side of his life to the other until we helped to bring together his life’s two greatest passions for the video.

“Similarly there was Charlie, our pregnant dog walker, who wanted to be involved in the project mainly to get some high quality footage of her looking beautiful and powerful with her baby bump to send to her partner, as due to visa issues, he is stuck in Senegal for the pregnancy and birth of their child.”

Following two limited edition vinyl singles through Transgressive Records, Ed Nash AKA Toothless has made a seamless transition into a fruitful and flourishing solo career following the runaway success he experienced in his band, Bombay Bicycle Club.

Where previous single, Palm’s Backside, featured Marika Hackman on vocals, The Sirens (Ed’s first single on Island Records) features The Staves joining the frontman. The trio of acclaimed British sisters have a tendency for delicately poised vocal harmonies, and The Sirens proves no exception.

The track was self-produced by Ed and mixed by Beach House/TV On The Radio’s acclaimed producer, Chris Coady.