Chicago’s Hidden Hospitals will head out on a spring tour which will run from March 8-March 26.

Originally formed from members of the bands Damiera and Kiss Kiss, Hidden Hospitals will be out in support of 2015’s ‘Surface Tension’ LP, which was the result of a successful, fan-fueled Kickstarter campaign.

Bridging the gap between ‘Diamond Eyes’ era Deftones and Radiohead’s ‘Kid A’, Hidden Hospitals gives us a glimpse of a persistent absence in today’s rock n’ roll. The band has shared stages with the likes of Blindside, Hot Rod Circuit, Cartel, Middle Class Rut, Now, Now, Kevin Devine and The Used. 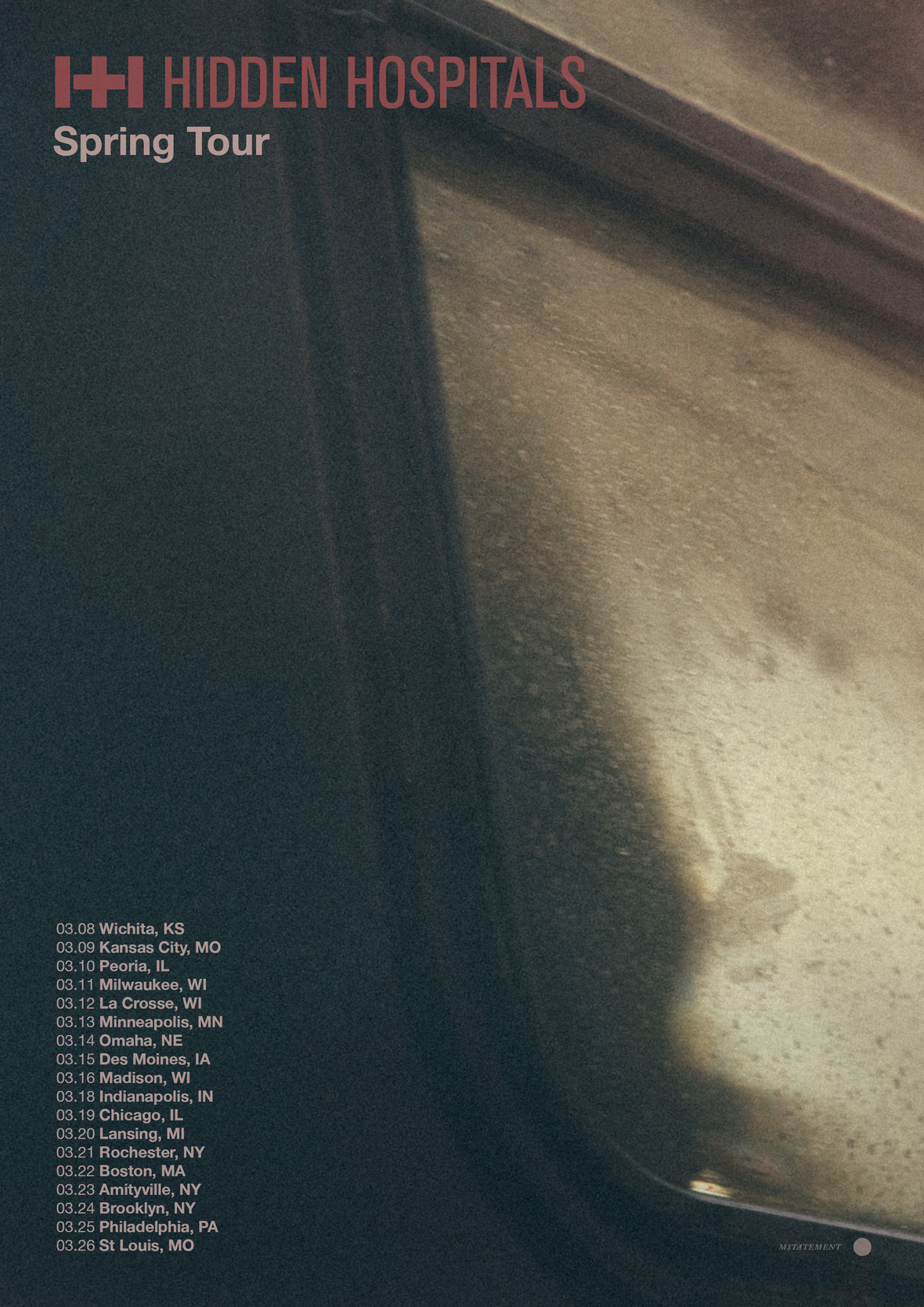 Produced and mixed by J. Hall, Surface Tension marks Hidden Hospitals’ first full-length album; a record that churns heavy with kinetic energy and precise movements. Carefully paced through 12 engaging tracks, a stable and familiar thread ties together the album as a whole. The band transitions seamlessly between sharp, taut guitar-rock reminiscent of Diamond Eyes era Deftones and an atmosphere of electronica evoking Radiohead’s Kid A. The band takes a minimalist approach to songwriting–the thoughtful process of reduction, leaving nothing but what’s necessary. In this whitespace Hidden Hospitals gives us a glimpse of a persistent absence in today’s rock n’ roll. They let us hear what we’ve been missing.

Hidden Hospitals’ 2015 will see heavy national touring to support Surface Tension’s release. Having cut their teeth on their first two releases, the band is now primed to ignite a fanbase seeking modern rock music. In an interview for the band’s Kickstarter campaign (which sparked the production of Surface Tension) singer David Raymond states “A big part of why Hidden Hospitals exists is because we’ve collectively agreed that what we seek is outside of ourselves and worth striving for… It’s exciting to me because this feels like the beginning.”