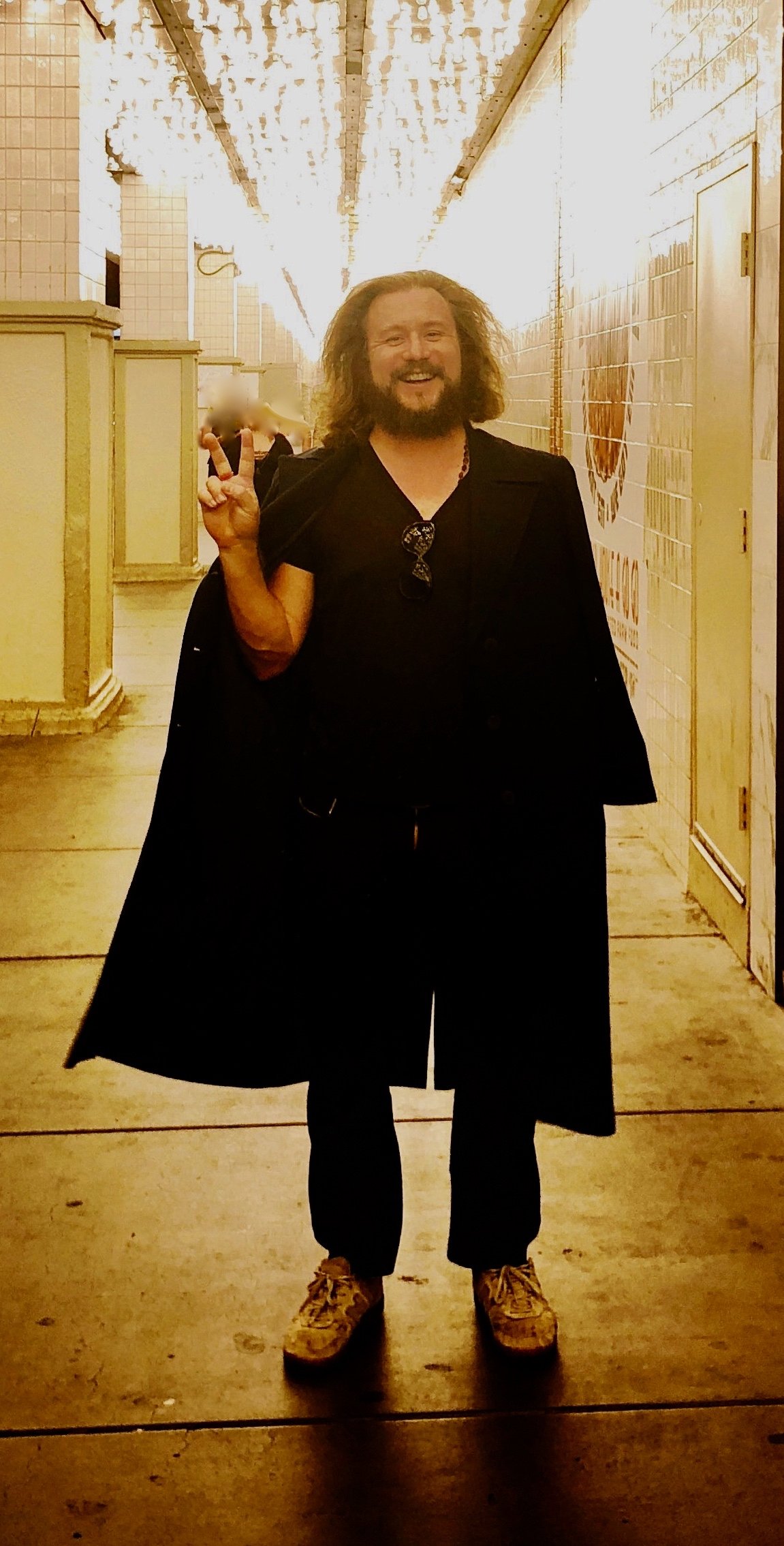 JIM JAMES has announced news of a long–awaited solo show in January, performing at the Roundhouse as part of the In The Round series of intimate, seated shows. James’ appearance will be a career-spanning solo acoustic show – his first in this style – exploring songs stripped down, just voice and guitar. Date/info below:
Tuesday 29th January – LONDON – Roundhouse tickets
Jim James is best known as the lead singer, songwriter, producer and guitarist of one of the worlds most acclaimed rock bands, My Morning Jacket. He has also lent his voice to albums by the likes of the Roots, David Lynch and John Fogerty and produced works by the Preservation Hall Jazz Band and Ray Lamontagne to name a few.  He is listed by Rolling Stone among their ‘20 New Guitar Gods’ and has toured with such heavyweights as Neil Young, Pearl Jam, and Bob Dylan.

He has also released four highly praised solo albums. Each showcases his talent as a multi-instrumentalist, as well as a writer and producer, establishing his trademark sound of eccentric transcendent songs, mixing acoustic balladry, funk, atmospheric electronics and beats. In June 2018 he released UNIFORM DISTORTION, a powerful response to troubled times; an intense blast of distorted guitars and discordant harmonies. It was followed, four months later, by a companion release Uniform Clarity comprising acoustic renditions of the songs in a more stripped down and honest response to what went before.

Critical acclaim for UNIFORM DISTORTION, released in June via ATO Records:
“Jim James lets his hair down on fuzz–drenched fourth solo album… Going through the emotions never seemed so cool.” MOJO – 4 Stars **** (Album of the Month)
“An unexpectedly playful album which rollicks between big-chorused bubblegum pop and crunching hard riffola… Yet lurking within the seemingly carefree racket lies a giddily powerful response to these troubled times… His mix of musical joie de vivre and lyrical home truths prove fiendishly effective.” The Guardian – 4 Stars ****
“Uniform Distortion returns to the fuzzy guitars and thumping beats of early My Morning Jacket, giving the album a thrilling sense of urgency that never lets up.” Sunday Times
“Heavy themes demand heavy tools, and James gets to wig out in earnest here, his overdriven guitar squealing through Just A Fool and You Get To Rome, which sounds like Elvis fronting a  freaky glam–metal band… A carefree antidote to worrying times” Classic Rock – 8/10
“A joyously intense ride… An artist relishing the redemptive power of a guitar turned up to 11.” Shindig – 4 Stars ****
“With massive, wooly reverb on the vocals and guitars, and a cheery preponderance of thunderous rock riffs, it’s a thrillingly noisy listen, brimming with joie de vivre.”
Record Collector ­ 4 Stars ****
“Fun, fuzzed–up rock’n’roll” Mail On Sunday – 4 Stars ****
“His self–deprecating humour and goofball vocals leaven these dark songs about mortality, confusion and alienation, lending both gravity to the staticky riffs and soaring choruses.”
Uncut – 7/10
“This is a whole heap of fun… Opener Just A Fool rumbles in with a squalling Jack White–style bluesy guitar riff, You Get To Rome is a rollicking glam stomper, and there’s a melodic nod to Dreams on the Fleetwood Mac–esque No Secrets.” Long Live Vinyl – 8/10
“All fuzzy guitars, booming drums and distorted vocals, the My Morning Jacket supremo showcases his inner glam rocker.” Louder Than War ­ 7/10
“James has rediscovered the joys of a distorted electric guitar, smashing through extremo rockers such as You Get To Rome, while his gift for aching melodies returns on the likes of Over And Over and Throwback.” Q