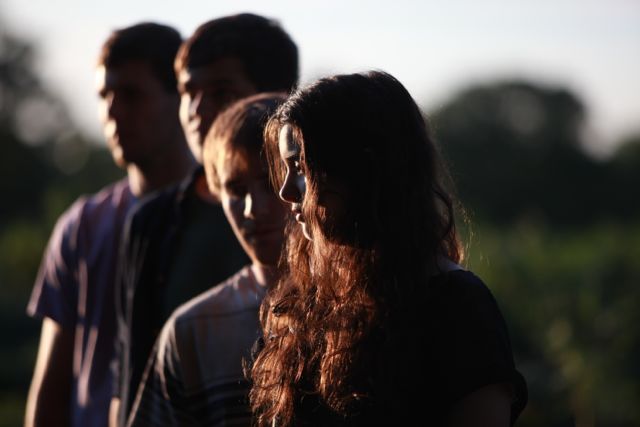 With recent radio plays from Amazing Radio and BBC Introducing and fresh from headlining a packed out gig in London’s Shoreditch, experimental alt-rock four piece THE DISRAELI GEARS release a follow up to their recent singles ‘Skeleton’ and ‘Hieroglyphs‘ with their first live session video for ‘Back Of My Eyes’ alongside a free download of the song performed live in a Leeds warehouse and recorded and mixed by Chris Hamilton of electronic duo Death Rattle. A studio-recorded version of the song will appear on the band’s debut EP due for release this summer.

Three parts English and one part South African in singer Teia Fregona, the London-based foursome describe a mix of influences that belie their youth, from Jeff Buckley, St Vincent and Radiohead, all of which are subtly apparent in their own blend of beautifully intricate guitar melodies and hauntingly emotive vocals. Formed in late 2011, The Disraeli Gears are a female-fronted Alt-rock band. Based in Leeds/London they have a sound reminiscent of Jeff Buckley, St. Vincent and Pink Floyd. They have so far released 2 singles and an EP is scheduled for a mid-year release.

Their next gig is 16 March 2013 supporting Karvel at The Barfly.
Tickets and Info