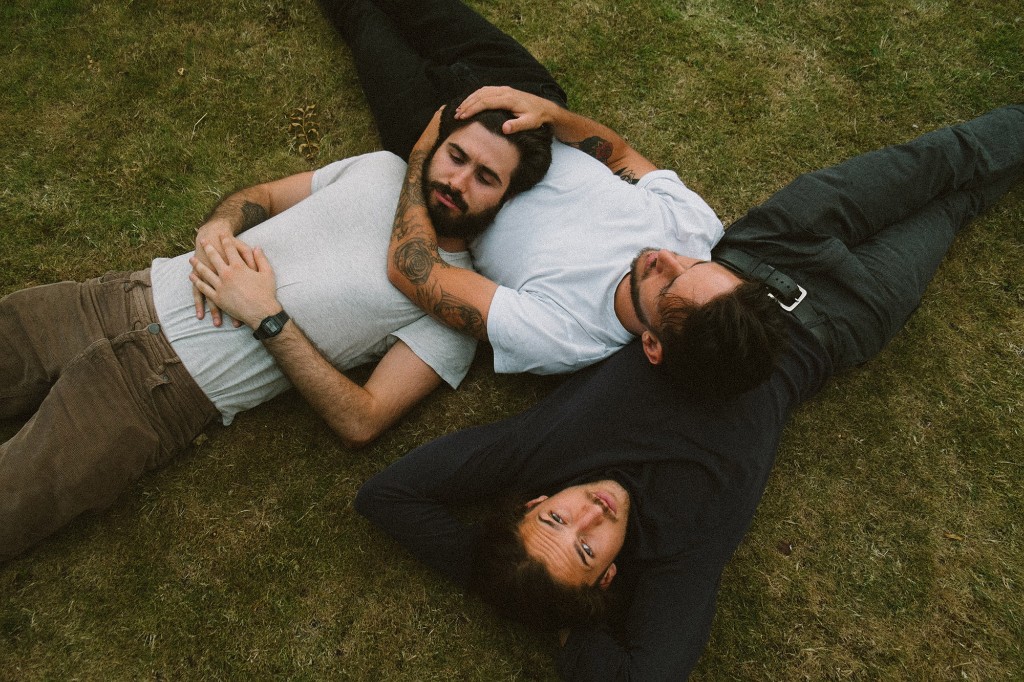 “Far Caspian look set to blossom into something special” – Clash

Encompassing recent singles Blue, The Place and Let’s Go Outside, the band’s savviness when it comes to crafting mesmerising dream pop shines through with aplomb, striking further heady comparisons to the likes of Real Estate, Grizzly Bear and Band Of Horses and attracting widespread online acclaim in the process.

Lead by frontman and guitarist Joel Johnston, the Irishman now residing in Leeds alongside fellow band members Jof Cabedo (drums and vocals) and Alessio Scozarro(bass and vocals), Far Caspian’s skilled songwriting approach explores his transition to life in the UK and the upheaval that ensues.

“We only started Far Caspian in January so this EP has pretty much been a working process since we met each other”, Joel Johnston revealed. “I think we’ve ended up with a batch of songs that all have their own character. Listen to this when you’re feeling low, when you’re late-night driving on a road trip, when you’re getting ready for a date or just with a friend”.

Firmly establishing themselves within the indie landscape, the three-piece’s live show continues to develop at an exceptional rate with support slots alongside fellow indie risersHer’s, Indoor Pets and whenyoung in recent months following their debut appearance to a packed tent at this years’ Leeds Festival. Already confirmed for Live At Leeds in May, the band’s plans for 2019 are already taking shape as they look to capitalise on this early attention.

Between Days, produced by Joel Johnston, is out on 19th November via Dance To The Radio and available on all digital platforms.