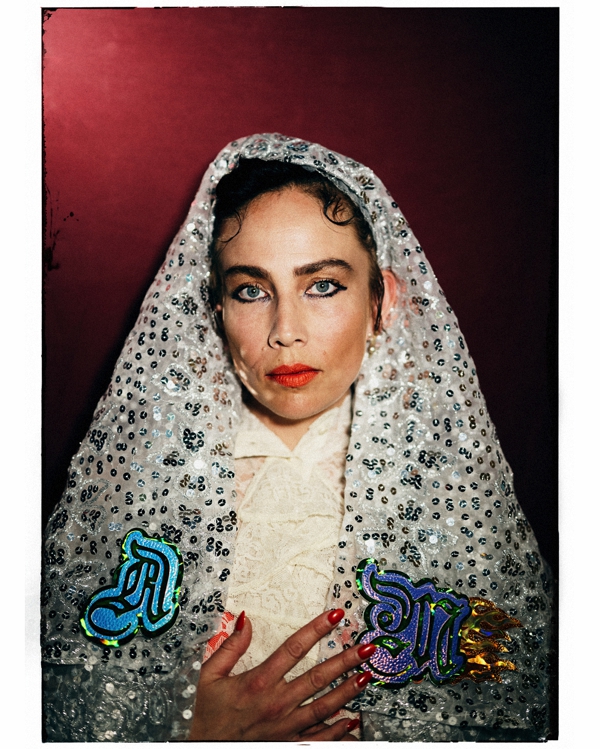 Jenny Wilson UK dates w/ The Cardigans next week
A masterclass in catharsis **** The Guardian
The clarity of vision that burns through EXORCISM counteracts the traumatic loss of control that it relates ***** Financial Times
Essential listening Loud & Quiet
That Wilson can turn such trauma into vibrant, addictive pop is testament to her abilities The Wire
Already in serious contention for being one of the bravest albums of 2018 DJ Mag
The very definition of a personal album, EXORCISM deals with this traumatic ordeal with breathtaking candour, great beauty and strength The Line of Best Fit
Unflinching, compromising but consistently accessible throughout Electronic Sound
EXORCISM is very often an uncompromising listen, but the truth that Wilson exposes makes it hard not to galvanise around her Drowned in Sound
EXORCISM is a devastating and bleak account of a sexual assault, that also offers hope and is testament to Wilson’s spirit 9/10 Louder Than War
Jenny Wilson isn’t one to shy away from difficult topics Lenny Letter

Jenny Wilson will support fellow Swedes The Cardigans across their forthcoming UK tour – a run of four dates through December, ending at London’s Eventim Apollo on December 7, 2018. The dates see Wilson return to the UK to play material from her widely-applauded latest album, ‘EXORCISM’, released earlier this year via Gold Medal Recordings alongside a sold-out London Birthdays headline show. Watch the graphic Gustaf Holtenäs-directed video for ‘RAPIN*’ – which beat the likes of Childish Gambino’s ‘This Is America’ to the Best Music Video gong at this year’s Geneva International Film Festival – here.

Wilson’s fifth studio album, ‘EXORCISM’ details her experience of sexual assault across nine unflinchingly personal and uncompromising tracks. Largely built around the heavy analogue drones of Jenny’s Prophet 6 synthesiser, the album was driven by a need to divest herself of the recurrent traumas of her attack, following a period of intense personal & creative turbulence.

The same compulsion to share her experience which manifested itself in the new album is now borne out this month in ‘Who’s Afraid Of Jenny Wilson?’, a new stage production commissioned by Stockholm’s Royal Dramatic Theatre, Dramaten. Starring Wilson & co-directed alongside collaborators Py Huss-Wallin and Hanna Kisch, the performance – a fusion of storytelling and dance set to new music from Wilson due for release as an album in 2019 – tracks her battle to cauterise the wounds left by the attack and move forward. You can watch the trailer for ‘Who’s Afraid Of JennyWilson?’ here.

Having previously collaborated with contemporaries including Robyn and The Knife (to whose Rabid Records she was previously signed), ‘EXORCISM’ is the follow-up to Wilson’s 2013 release ‘Demand The Impossible!’. Recorded and released whilst she underwent treatment for breast cancer, that album went on to win Wilson three gongs at the Swedish Grammi awards, including Album Of The Year and Producer Of The Year.

Unrelenting, knowingly uncomfortable and unwilling to compromise on its truth, in ‘EXORCISM’ Wilson has emerged with that rarest thing – a vital record that dares to simultaneously upset, move, inspire and galvanise its listener.