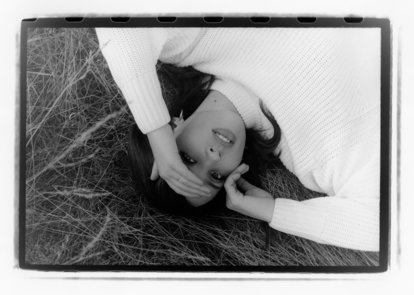 Lucy Mason
New single ‘Runway’ out now
Following the release of the first half of her debut album, dream-pop soloist Lucy Mason is returning with ‘Runway’, the remarkable new single that ushers in the announcement of ‘Flashback Romance: Side B’, released February 15th 2019.
‘Side A’ came out to eager audiences everywhere earlier in the year following a slew of lauded singles. New cut ‘Runway’ perfectly showcases Mason’s songwriting talents and sets the stage for her follow-up to recent tracks like ‘Out of the Blue’ and ‘High and Dry’. The entrancing and emotive vocal performances she’s both honed over her career and become known for are firing on all cylinders here as delicate keys and swelling synths build dramatically around her.
Mason tells us “For years I had this really crazy fear of flying, but found myself always having to fly. I made this decision when it first started that I would just keep getting on planes no matter how bad it got. ‘Runway’ is about that feeling I would get just before take-off from Australia coming back to London and all the thoughts that’d be running through my mind. Not only was it the usual fear of not wanting to be on a plane for 24 hours but it was the sadness of leaving my home and what I know behind and realising how far away I was about to be. I’m now so much better at flying and somewhere throughout this whole experience I’ve become completely obsessed with planes. I even have a plane tattooed on my arm to remind me of how far I’ve come.”
‘Runway’, and ‘Flashback Romance’ in its entirety, was produced and engineered by Jess Ellen alongside Lucy in their home studios. This very personal and DIY approach can be felt within the records intimate style but you’ll hear nothing but the highest quality of pop-sheen here. Its approach gave the recording process a relaxed environment allowing her to explore the full extent of her range in a safe space.
The release follows a storming year which saw Lucy Mason not only achieve what many others can only dream but also overcome her own personal obstacles, plus the release of hit single ‘Hunger’ followed by her debut EP, and a performance at Buckingham Palace for HRH Prince Harry.
Her earnest lyrics, unique style and captivating voice have already seen her receive critical acclaim from the likes of The Independent, The Metro, Wonderland, The 405 and more.

TALLIES stream debut self-titled album in full ahead of it’s release on Friday! LP due Jan 11th via Fear of Missing Out Records