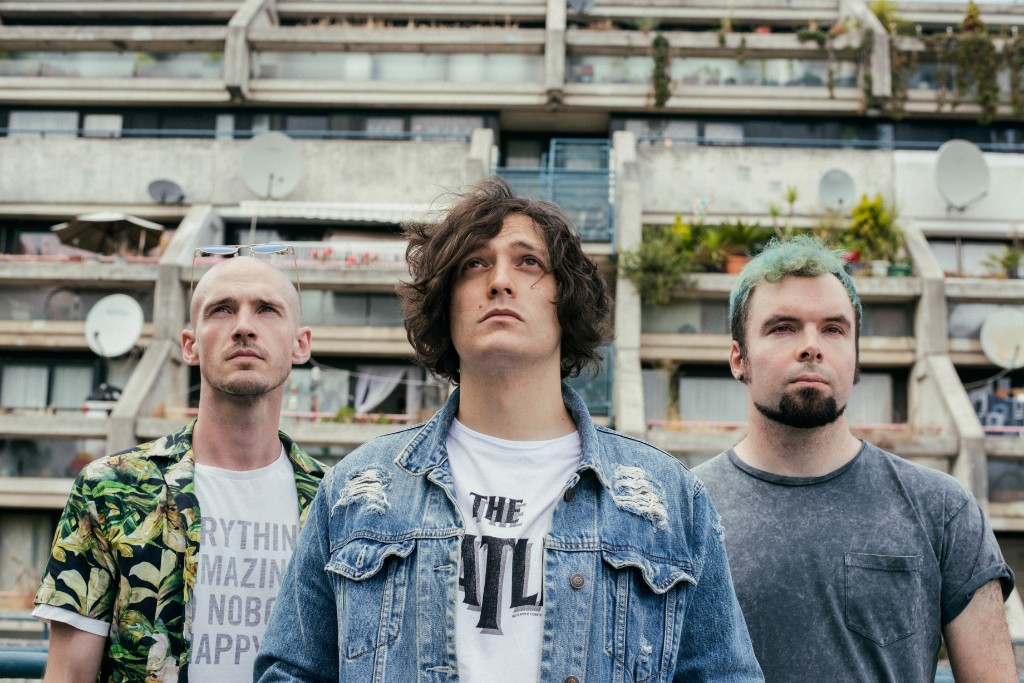 London alternative trio Mantra reveal their video for Cola Brat. Taking influence from Britpop and the classic horror film Poltergeist, vocalist and guitarist Simon Stark comments “We wanted to make a quirky 90’s style video modelled on those classic videos by bands like Blur and Oasis, but with a darker twist in a Kubrick-esque haunted house. I think it mirrors the upbeat melancholy of the song perfectly”.

The track is produced by Tom Dalgety (Royal Blood, Ghost, Pixies), it showcases a new dimension to Mantra’s sound with arena-sized choruses, blistering riffs and soaring harmonies. Simon explains “Cola Brat is a metaphorical break-up song about moving on from the good old days. He adds “I used to drink a lot of coke as a kid“.

Since their formation in 2016, West London’s Mantra have mesmerised listeners with spellbinding melodies propelled by powerhouse riffs and thundering drums. Signing to Dine Alone Records for their I Want EP in 2017, Mantra’s infectious alt-rock has earned support from BBC Radio 1, BBC Introducing, and Amazing Radio. Alongside performing with Jane’s Addiction, Radkey, and Snow Patrol guitarist Nathan Connolly’s band Little Matador, they have traveled to festivals such as SXSW, Reading and Leeds, and 2000Trees.

Fresh from supporting Arcane Roots and Sick Joy, Mantra are pencilling in new live dates for early 2019, whilst putting the final touches to their brilliantly ambitious debut. Watch this space for further news.