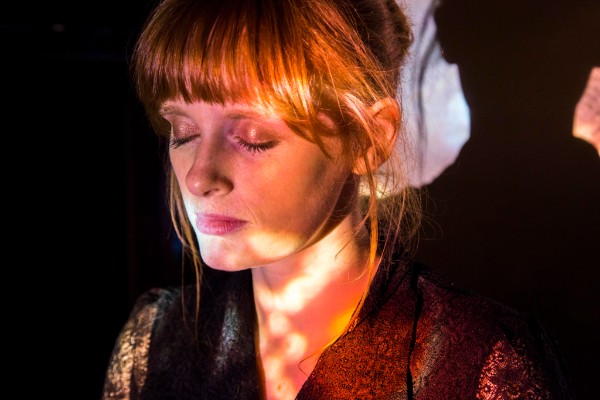 Irish singer-songwriter Sive – aka Sadhbh O’Sullivan – has now shared the beautifully abstract video for Quietly, out now via Veta Records. Talking about the video, Sadhbh explains, “working with Myles O’Reilly on this video was like stepping into an alternate reality. The song is about what it’s like to be quiet and take a look at what’s going on inside yourself, and we played with the idea of representing that through projected images that I made. Those abstract images are then thrown on top of other images – the idea being that you create this complex reality in your mind and then project it onto the world around you.”

Combining haunting, multi-layered vocals with delicately weaved musicality and an undeniable charm, Quietly is a truly compelling slice of alt-folk that is not afraid to differentiate from the norm. Sive confidently displays both folk and jazz nuances throughout, sounding akin to the likes of Jesca Hoop or This Is The Kit. Talking about the single Sive explains, “it was inspired by feeling like the world (both the real and online) is constantly shouting in your face, so it’s really about the value of finding a space among all of that to be quiet. It reflects what it’s like to just stop and listen to what’s going on inside yourself – a combination of calming and terrifying!”

Growing up, Sive was obsessed with time signatures, unusual chord progressions and the melodies that she’d hear in world music. She has since continued to hone her sound, playing an array of instruments and sharing stages with the likes of Lisa Hannigan, Cathy Davey, Mick Flannery, Christy Moore and Gemma Hayes along the way. She has also received praise from numerous well-regarded publications including Hot Press, GoldenPlec and The Last Mixed Tape to name a few. With Quietly, Sive hopes to continue to mesmerise listeners further with her intricate blend of folk-pop.