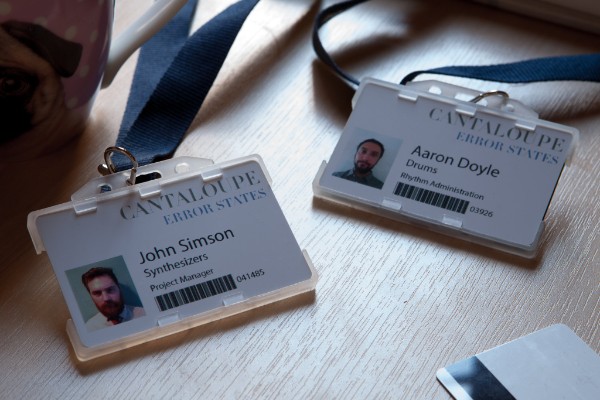 On Friday 26 October 2018 Cantaloupe will release their new album Error States, a thoughtful, inventive, infectious take on synth pop; overflowing with ideas; a bit battered by life, but ultimately still full of hope and love; and maybe even up for a shimmy on the dancefloor.

In March 2015, Cantaloupe released their debut album, Zoetrope. At that point Cantaloupe were a four-piece, mostly based in Nottingham. In the last three-and-a-half years, members have dispersed, reproduced, quit or been swallowed up by life/work/the world.

After a period of hiatus, confusion and exhaustion, earlier this year the band – now comprising Aaron Doyle (drums) and John Simson (synths) with support from a range of vocalists including Sophia Pettit (Night Flowers) and Beck Goldsmith (Flourishes) – deposited nine tracks of soaring, expressive, melancholic pop on the doorstep of Hello Thor Records. And everything made sense again.

Today they release the first single “Change the Record“, one of three tracks on the album recorded with vocalist Beck Goldsmith (Flourishes). Drawing influences from Madonnaand Shep Pettibone‘s remixes of New Order, the band describe the track as being “self-consciously pop”, as Beck’s lyrics delve into the situation of being stuck in a relationship with someone spouting the same rhetoric all the time, to the point where you start to believe it.

John Simson of Cantaloupe says of the video…

“When I’m feeling mardy I tend to think of culture’s obsession with nostalgia as symptomatic of a collective failure of the imagination, a cowardice, an unwillingness to engage with the problems of now. But then I am as guilty of that as anyone cos I like old synth stuff and consciously take cues from it. And also nostalgia does feel nice, right? The video is exploring this love/hate relationship with nostalgia, and in particular nostalgia within advertising“.

The lush, inventive electronic pop of Cantaloupe’s debut album Zoetrope received generous support from Huw Stephens (BBC Radio 1), Steve Lamacq, Tom Ravenscroft and Gideon Coe (BBC 6 Music) and John Kennedy (XFM).  Louder Than War advised its readers “If you want some life-affirming, full throttle throbbing synth madness in your life too, you need to get on the Cantaloupe bus ASAP”.  God Is In The TV Zine said the album “surfs the gamut of electro pop, krautrock and afro-pop, enlivening each one’s spirit with a modernity and a bold personality” and chose single Indigo as one of its tracks of 2015.

From the mournful rumbling of Error States’ opener ‘Shut Down’ it’s clear, from the off, that album number two picks up on the more introspective moments of Zoetrope; thehaunting ‘Breathe’ and ‘The Flood’ (Feat. Sophia Pettit of Night Flowers) show a darker, more reflective edge, all delicate vocals and gently pulsing synths.

But Cantaloupe still can’t resist throwing in a kaleidoscopic pop banger or three. On ‘I Thought You’d Know’ a wild-eyed falsetto from James Finlay of Nottingham rockersGrey Hairs, weaves in and out with a hypnotic vocal from Angi Fletcher (of much loved Nottingham indie rock group Fists) and a whole host of bubbling, squealing synths. The whole thing brings to mind LCD Soundsystem at their most unhinged. 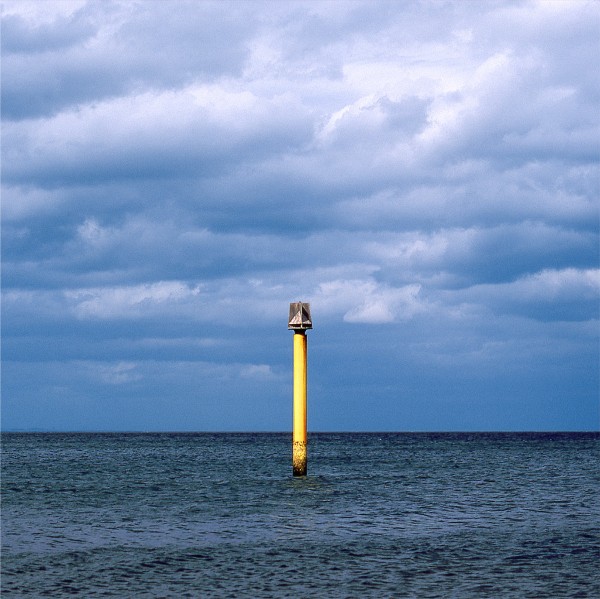