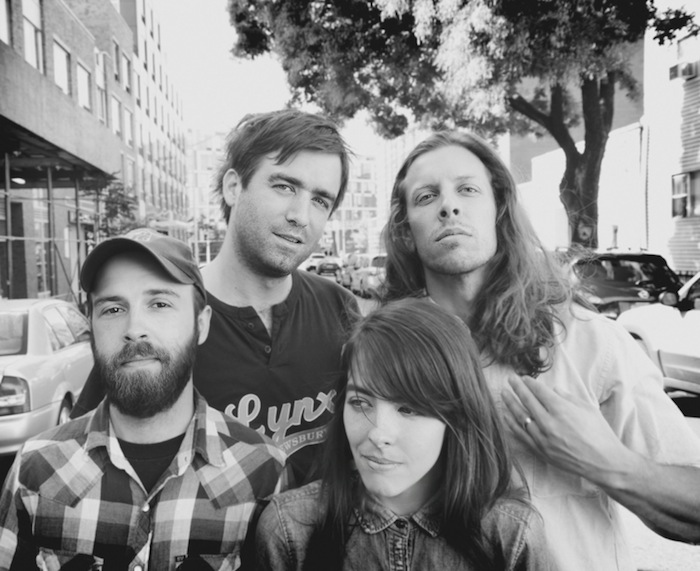 “If this outstanding record doesn’t wake everyone else up, nothing on earth will” 4/5 – DIY

“A triumphant blast of furious melodic noise that will have you flipping over tables with a smile.” – Stereogum

“An album of endearing and affecting indie rock, primed to soundtrack the summer” 8/10 – NME

“Clench your fists. Raise them high. Here’s a rallying cry if ever there was one” – DiS

A song of swelling guitars over a melodic frenzy, the video for ‘Powerful Man‘ was painted, printed and animated by Cat Park, Frances Quinlan, and Craig Scheihing. It aims to reflect the turmoil of life blended with the beauty of understanding and acceptance.

Recorded and mixed by John Agnello (Kurt Vile, Dinosaur Jr, Sonic Youth) in Philadelphia and Brooklyn, Frances is joined by Mark Quinlan (drums), Tyler Long (bass) and Joe Reinhart (guitar) on Painted Shut. Hop Along will kick off a national headlining tour with an album release throwdown in NYC on May 5th.