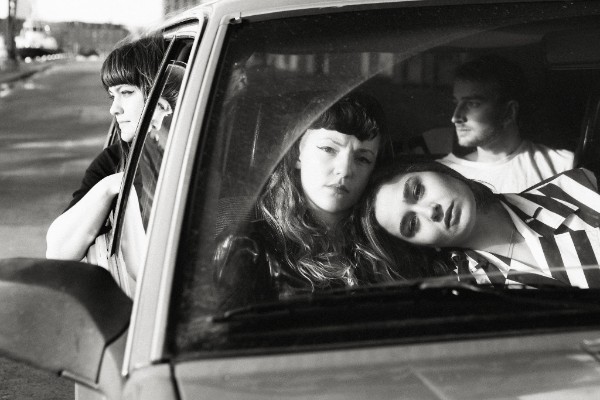 Swedish post-rock quartet JUNODEF return with the release of their hypnotising new single Heights, out on 12th October 2018 via AWAL.

Talking about the track, the band elaborate; “the song is about the realisation that something is about to come to an end, and the fear that accompanies that realisation. Heights is the moment just before the inevitable happens, the place where everything is still fine and normal; where time has stopped and all your energy is directed towards enjoying important relationships and moments, but with the underlying knowledge that it will soon be gone.”

JUNODEF was formed in Sweden in 2015 when Karin and Tyra Örnberg’s (bass / vocals) previous band split. A few months later, they met Norea Persson (drums) and Rode Grönkvist (synths), creating the band’s fully developed sound. Now residing in London, JUNODEF have gone from strength to strength, receiving praise well-regarded publications such as Louder, For The Rabbits and The Revue, as well as supporting the likes of Blonde Redhead. With Heights, JUNODEF hope to continue to change the way the gender and sexuality is perceived in the industry. They currently work with forward-thinking organisations such as Girls Rock London to get young girls, trans and non-binary people to play music. Their belief that music can be a tool for real change is yet another example of JUNODEF’s empowering hard-work ethic and integrity.