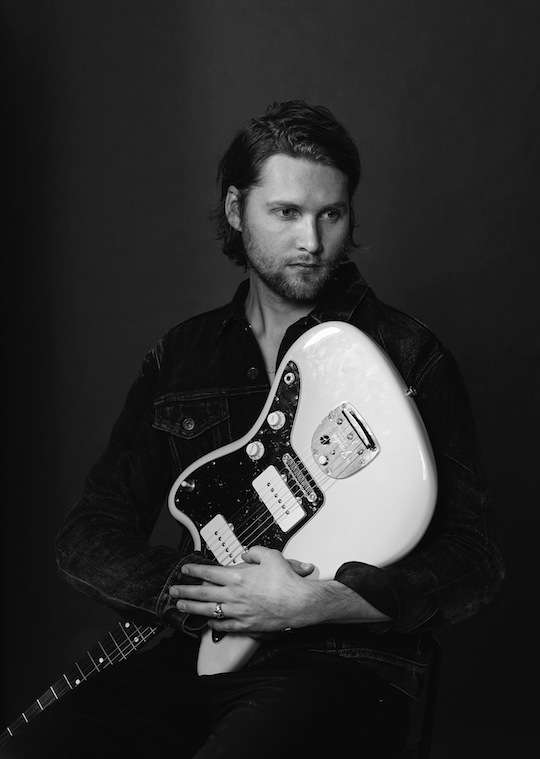 LT Wade shares his new single, “We’ll Never Be Those Kids Again”, off his forthcoming LP, Transient. All Things Go premiered the track, praising it, stating, “Opening slowly with gentle layers both thick and thin, the latest single by the long-experienced artist has us reminiscing on those specials who got away – left behind to lost opportunities and regretful moves in opposite directions.” Transient is due out July 27th via Dopeness Records NYC. Listen now via the link below…

“Wade’s hands are the only ones involved on this album, from pen to master recording. Needless to say, in this day and age, it’s a breath of fresh air.”
– All Things Go

“Moving from sunshine pop to Krautrock in the space of one song, the album is often inspired, the sound of someone laying down the rules as they see fit.”
– Clash Music

“Even if you get lost, it’s well worth the trip to Lost Angeles, kids. As is Wade’s album-release show at NYC’s Pianos on July 27.”
– MAGNET

“The singer/songwriter enjoys a delicious track with stunning ambiance to bring to light their feelings of the state, wrapping together the sentiment of family and adventures.”
– New Noise Magazine

“Earlier this year he released the summer luvin’ “Hard To Know”, a captivating glimpse of the sunshine coast, full of effortless vocals and psychedelic guitar.”
– Wonderland Magazine

“‘Hard To Know’ is one of his first releases and is a tale of self doubt and confusion. It’s got a real sunshine coast vibe with breezy vocals, psychedelic guitars and fuzzy synths. Dreamy and a million miles away from cold, grey London, ‘Hard To Know’ has got us wishing for summer.”
– London On The Inside

The album’s gained it’s title over its two year creation as Wade moved from London to San Francisco and then finally to New York City. Sonically Transient reflects all three  cities: tracks like “My Sun & Stars” and “Lost Angeles” fully embrace the West Coast/California sound – “Hard To Know” and “Hell Of A Night” incorporate a more European/Krautrock feel to them and “This City” and “A Summers Dream” were recorded in NYC this past winter with jazz saxophones and more industrial tones.
Transient was written, recorded, produced and mixed by Wade himself. Wade enlisted close friend Olly Betts of The Duke Spirit to record all of the drums on the album. When he moved to NYC, Wade started working with friend and musician Grant Zubritsky (of Chet Faker’s band) who played sax, keys and bass on a couple of the albums tracks. The “secret” track at the end of the song “This City” is a cut and paste interview Wade recorded and put to music with a friend and works an extension of the song about the trials and tribulations of living in NYC.

LT Wade is the moniker of British musician/producer Liam Wade, who began his professional career as lead guitarist for Courtney Love in Los Angeles in 2007 before moving back to London to join forces with former members of Black Wire to form Lord Auch. In 2013 Wade formed FURS with Olly Betts of The Duke spirit and sister/vocalist Elle Wade. FURS released their debut album “Just Kids” in the summer of 2016. Over the course of his career Wade has been on the road with indie legends Johnny Marr, Gaz Coombes and the Allah Las.

Transient will be released 27th July via Dopeness Records NYC. Album artwork below…