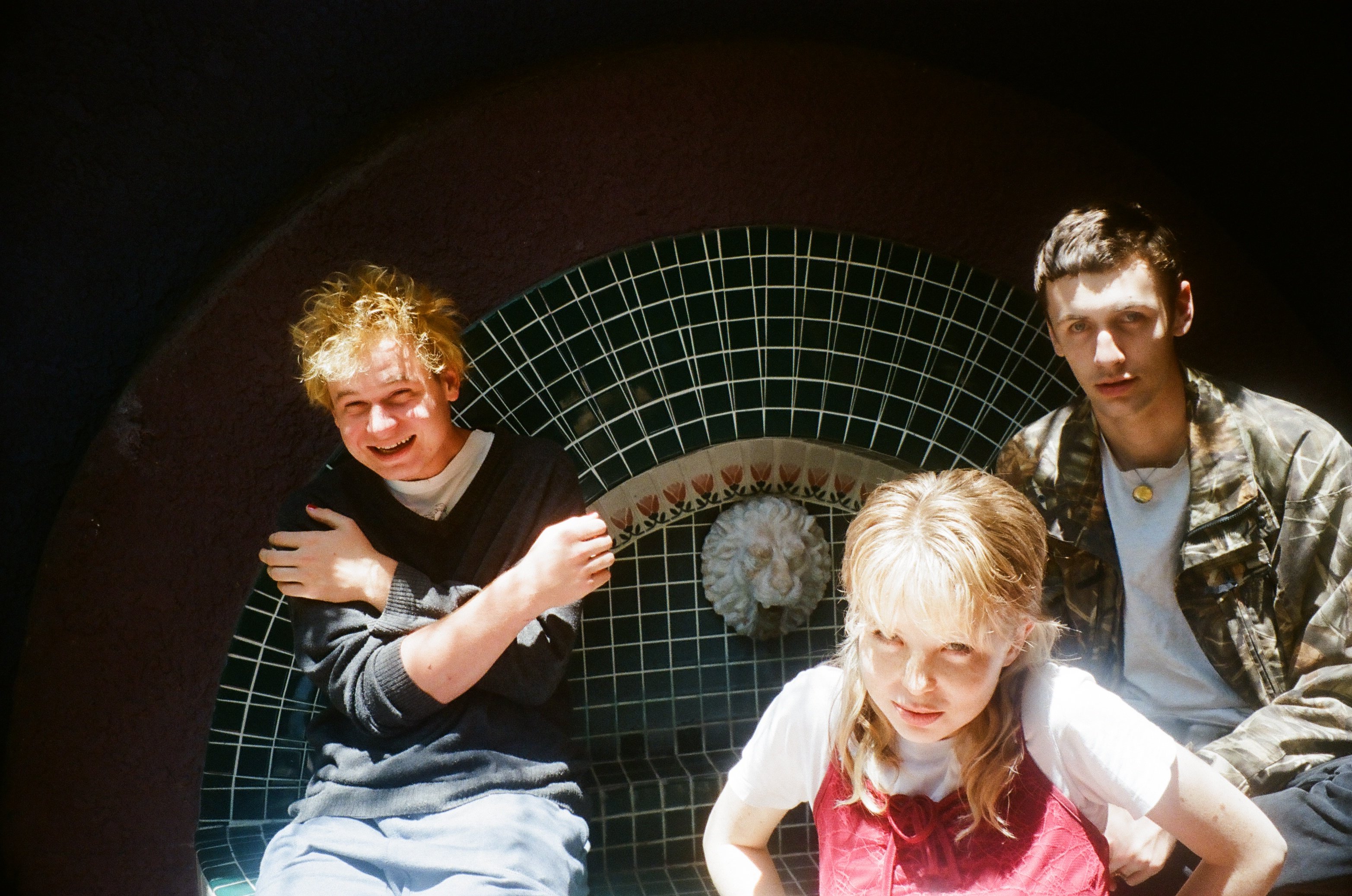 “Make Time 4 Love” is the thrilling new single from Australian teen trio The Goon Sax, which is taken from their forthcoming album We’re Not Talking, due out on Wichita on 14 September. Having toured Europe with Frankie Cosmos and played a sold-out show at London’s Sebright Arms in May, they return to the UK in September and October, with shows in Glasgow, Leeds and Birmingham plus a London show at The Garage on 16 October.

Gloriously catchy with a triumphantly satisfying hook, “Make Time 4 Love” encapsulates their brand of awkwardly transcendent guitar pop. It is taken to another level with a flourish of horns and strings, not to mention the inspired addition of a cowbell as a lead instrument. The video for the track, directed by Ryan Daniel Browne was premiered via NPR, who wrote: “Fans of early Talking Heads albums, listen up. This group of teenagers from Brisbane could be your favorite new band.”

Louis Forster from the band said of the song and video;
This song is about learning to live with yourself and accepting that everyone’s impulses seem irrational to someone else. It’s also about realising that love is at odds with the rest of your life and admitting defeat. head hung. We were listening to a lot of ESG and Liquid Liquid around that time so the song ended up kind of dancy! All the melody to this song was just really funny to me. We laughed a lot, particularly when writing the part for the chorus but then the words were very earnest because there was a lot going on that I couldn’t really push aside to write about something else. “I’m gonna see my baby And it make me feel moody” would probably have done the trick.

The video: James was bitten by the dog, luckily not rabid! Aside from that we had a lot of fun shooting, ended up just fitting it in at the end of our America tour back in June. Seeing all that desert around L.A was pretty amazing, we just wanted time to go there so we wrote to Ryan who made the video a couple of days before shooting and he drove us out and took some shots, the song was playing from the car but it was so windy we couldn’t really hear it even at full volume.

Coming up with the concept for the video we were influenced most strongly by Die Abenteuer Des Prinzen Achmed by Lotte Reiniger and Carl Koch and A Nap és a Hold elrablása by Sándor Reisenbüchler. Those definitely were very important references regarding the whole feeling of the video and got us all pretty excited on animation. The covers of Tilt and The Drift by Scott Walker were another critical clue for us, and Riley actually bought a copy of Tilt on tour which we listened to and it got us in the right head space. The video takes place in three worlds: wicked, regular, and a third removed fantasy. 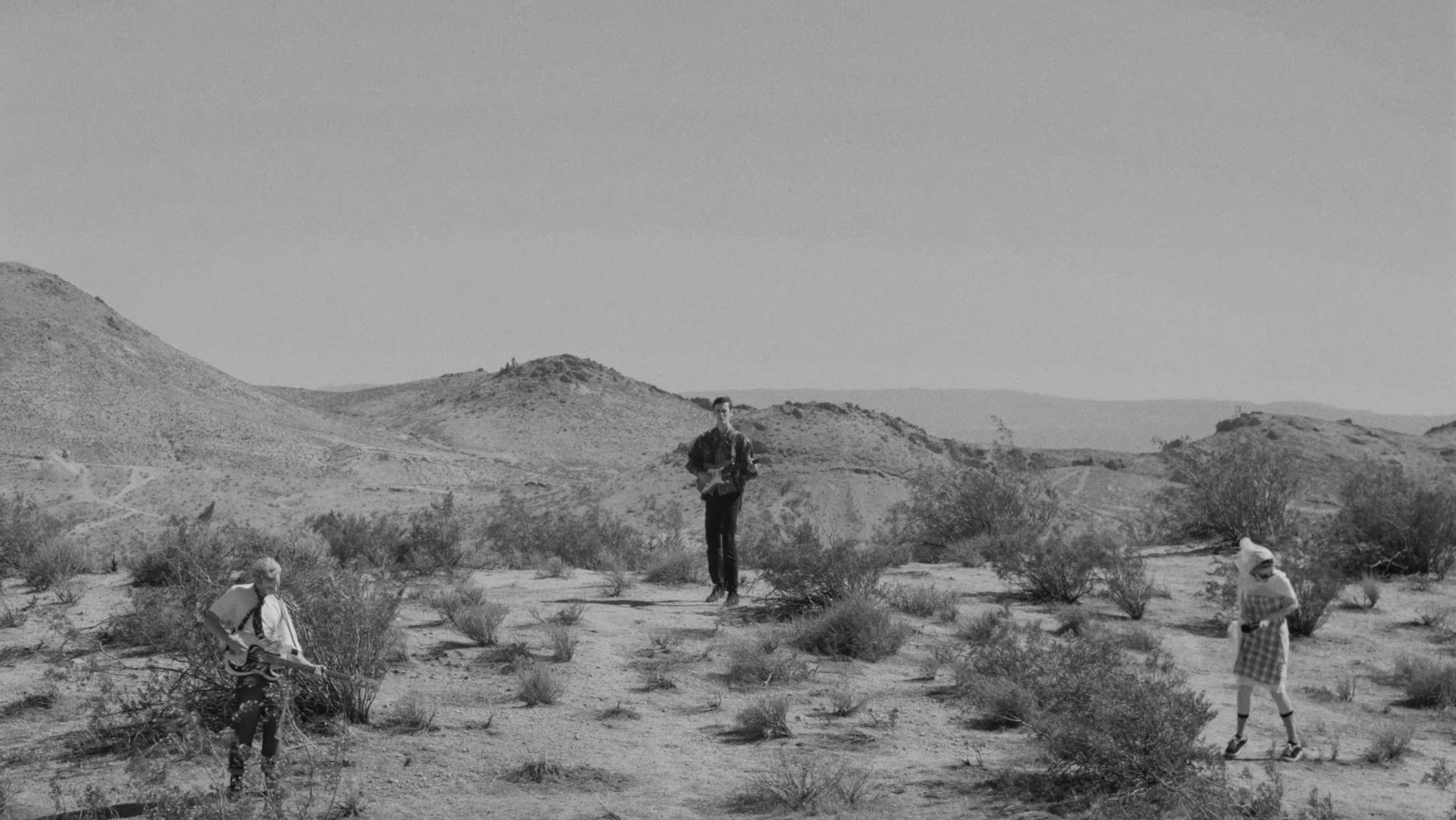 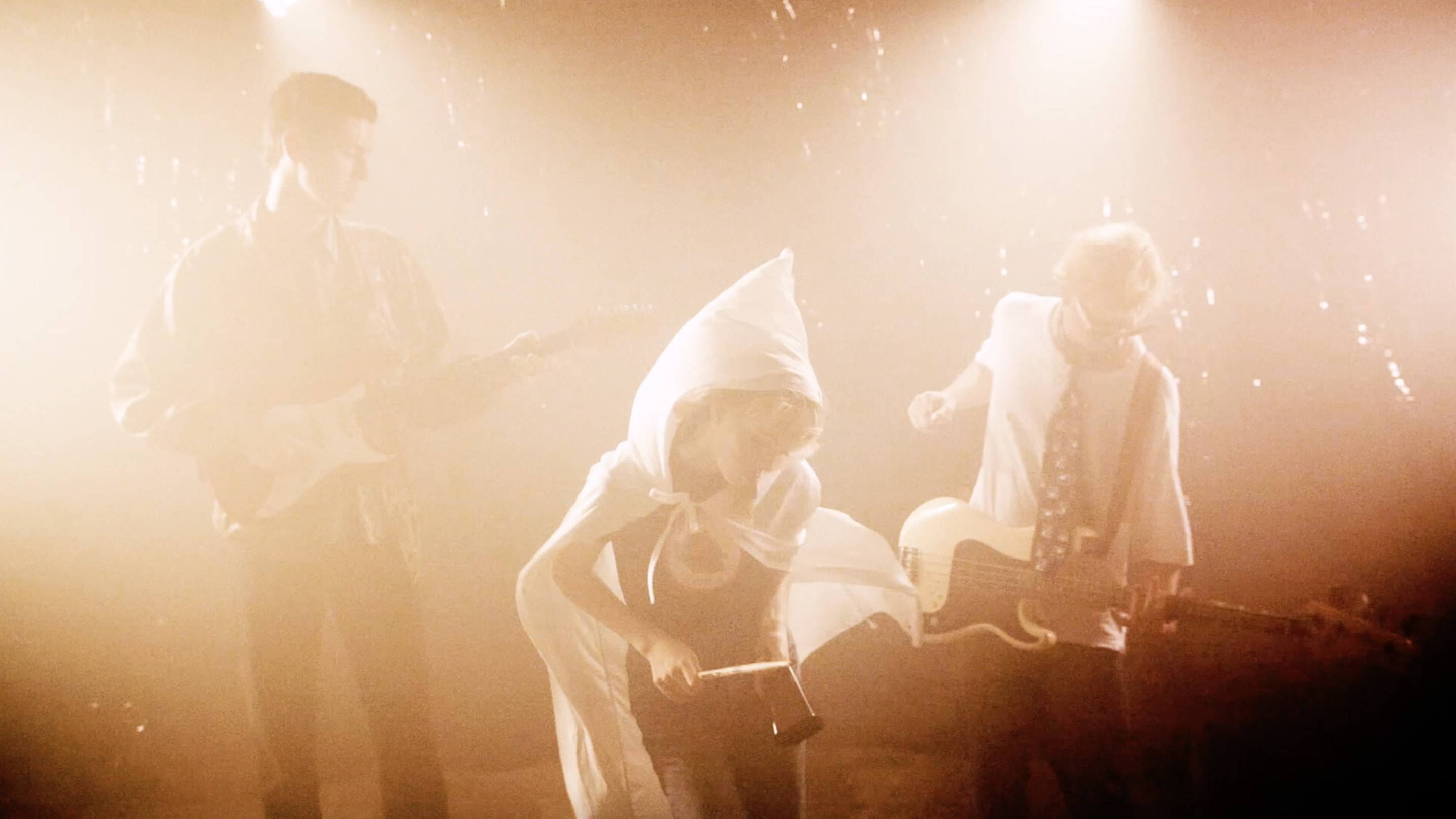 The band previously shared the single “She Knows”, revealing a spikier, scratchy post-punk sound. You can watch the video here.

The Goon Sax are James Harrison, Louis Forster and Riley Jones from Brisbane, Australia. Still in high school when they made their first album Up To Anything in 2016, they made the end of year lists for BBC 6Music, Billboard and Rough Trade, and earned them raves from the Guardian, Pitchfork, Spin, Uncut, Rolling Stone and elsewhere. According to Metacritic, Up To Anything was the 8th best-reviewed debut album anywhere in the world in 2016.

We’re Not Talking shows how much can change between the ages of 17 and 19. It’s a record that takes the enthusiasms of youth and twists them into darker, more sophisticated shapes. Relationships are now laced with hesitation, remorse, misunderstanding and ultimately compassion. Drummer Riley Jones really comes to the fore here, joining Louis and James in singing lead and writing songs for the first time, making the band the musical equivalent of an equilateral triangle (the strongest shape in physics).

Delivering brilliantly human and brutally honest vignettes of adolescent angst, The Goon Sax brim with personality, charm and heart-wrenching honesty. We’re Not Talking is a record made by restless artists, defying expectations as if hardly noticing, and its complexity makes We’re Not Talking even more of a marvel. 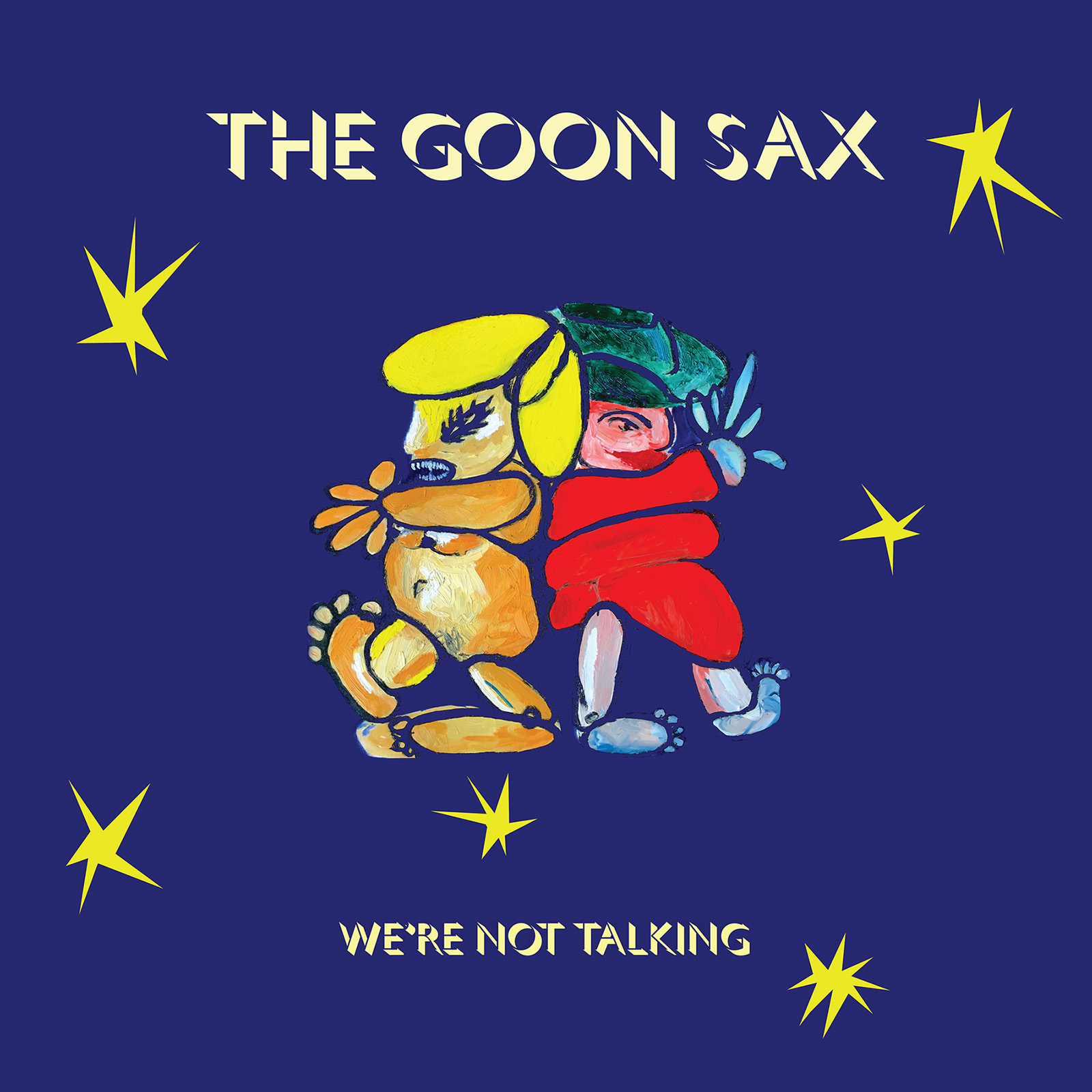 PRAISE FOR UP TO ANYTHING

“It is a deceptively difficult trick, to capture the humanity and irregularities of music in a way that does not feel cloying, but over 12 tracks on their debut album Brisbane’s the Goon Sax manage it again, and again, and again. This is some kind of wonderful.” Guardian 5*s

“This is pop music as it should be: simple, unvarnished, young but not world-weary, and ultimately timeless.” The Line of Best Fit 9/10

“Some of the most brilliantly, brutally adolescent pop music to emerge in a very long time.” Loud and Quiet 8/10

“This is the sound of growing up smart” – Pitchfork

“Drips with a self-deprecating but self-aware cool” – Noisey