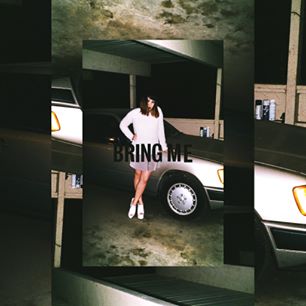 Highlighted by haunting atmospherics, the track builds to a powerful chorus and further enforces the band’s unique ability to weave ethereal soundscapes into blown-out, crush-pop confections. About the track, frontwoman Andrea Lo comments:
“‘Bring Me’ is about ending passive behaviour. It’s a display of tenacity, resilience, and self-assurance over learned patterns of compliance, conformity and service to others. ‘See what I can do’ stands out as an important line to me as it taunts my past with a sense of mastery over what was once timing.”

Fear/Nothing is a ten-track collection produced by Dave Hamelin (The Stills) and executive producer Kevin Drew (Broken Social Scene). A record of lush compositions, Belle Game combines the sweeping ethereal pop of the Cocteau Twins with the energetic vocal-driven melodies of genre-defying artists like Yeah Yeah Yeahs and Jessy Lanza.

Upon the release of their debut album ‘Ritual Tradition Habit,’ the band earned critical praise from the likes of Rolling Stone and Pitchfork, while their emotional live performances prompted Paste Magazine to name them one of the “10 Great New Bands of CMJ”. Belle Game is currently on a North American tour, including a series of dates as lead support for Broken Social Scene, and will be over in Europe and the UK in November and December this year.

“Fear/Nothing celebrates the bond between our best and worst. What we hate most in ourselves, our unchangeable aspects versus who we hope to be, and who we really are. It’s about numbness, exhaustion, tenacity, hope and fear. It’s a noisy basement, the places that gather light and the places that gather dark. A collection of shame and stillness. Guitars, keys, drums, vocals. It’s our personal dare to fear nothing and whatever you hear too.” – Belle Game