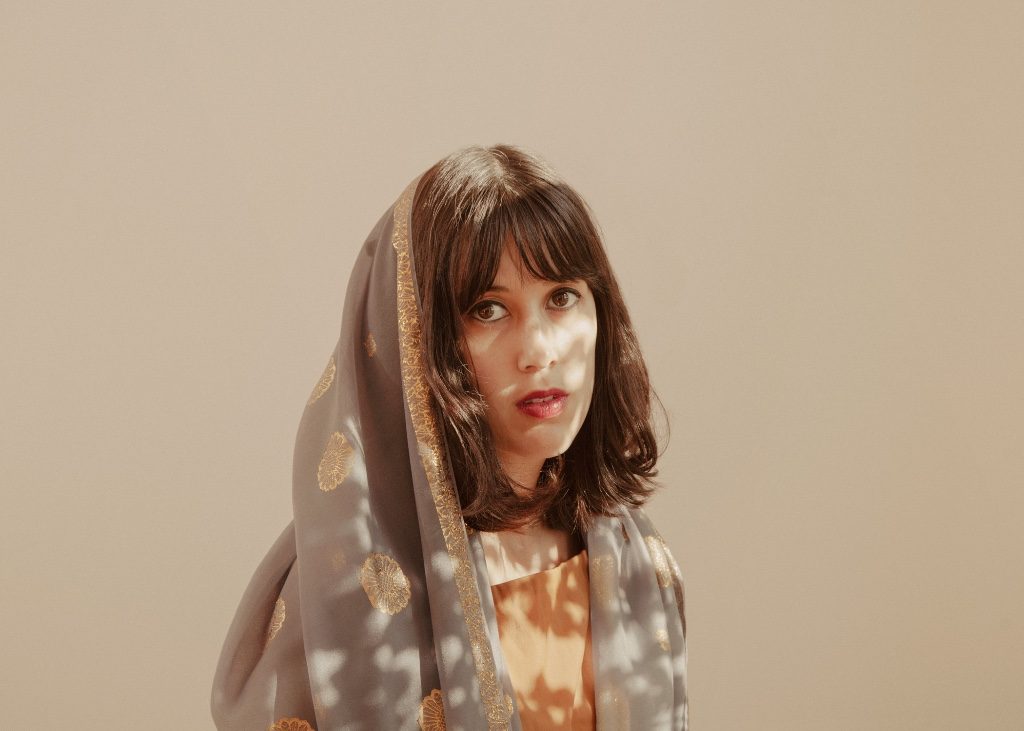 Following a successful run of UK headline shows to kick off 2017, Half Waif has shared a deeply personal highlight from her forthcoming EP. New single, ‘Frost Burn‘ debuts today as the second focus track from form/a EP; a jewel in which singer Nandi Rose Plunkett muses on the challenge of embracing pain instead of eschewing it. The form/a EP is released as a limited edition 12” on February 24 via Cascine.

About the track, Nandi explains: “I wrote Frost Burn while on a writing retreat in Western Massachusetts for a week in December 2015. I was feeling stifled by life in Brooklyn and by living with a partner and never really being alone (in fact, never really wanting to be alone), so I headed back to the country, where I grew up. I rented an apartment from my mom’s friend that had a river running behind it. Geese would flock to the river every day like clockwork. It was totally peaceful and idyllic – what every artist would dream of. But I didn’t feel the way I thought I would. Throughout that week, I felt my same old fears and anxieties creeping through me. I couldn’t leave them behind in the city, as much as I wanted to. Painful memories from childhood were there, in that landscape, and my insidious self-doubts were there, in my body. And that’s where that line comes from: ‘and on my island, / I cannot keep out all the violence.’ It’s a way of saying: no matter how much of a circle I draw around myself, no matter how much separation I create between me and my environment, I am still affected by the dark forces that are a part of me. There is no retreat, really – there is only recognition.”

The music Nandi Rose Plunkett writes, records and performs under the name Half Waif is deeply personal and engaging, reflecting her lifelong endeavor to reconcile a sense of place. Raised in the bucolic cultural hub of Williamstown, Massachusetts, Nandi was the daughter of an Indian refugee mother and an American father of Irish/Swiss descent. She was one of Williamstown’s only non-white residents. As a kid, she listened to a wide mix of music that included everything from Joni Mitchell and Tori Amos, to Celtic songstress Loreena McKennitt and traditional Indian bhajans. In college, she studied classical singing and became enamored with the works of Olivier Messiaen and Claude Debussy. Her output as Half Waif reflects these varying influences, resulting in a richly layered collage of blinking electronic soundscapes, echoes of Celtic melodies and the sad chord changes of 19th-century art music.

Next to her touring schedule as a member of Pinegrove, Half Waif has already self-released two EPs and two albums – a split 7″ with Deerhoof, the Future Joys EP in 2013, and then albums KOTEKAN (produced by Devin Greenwood) in 2014, and Probable Depths (produced by Zubin Hensler) last May.