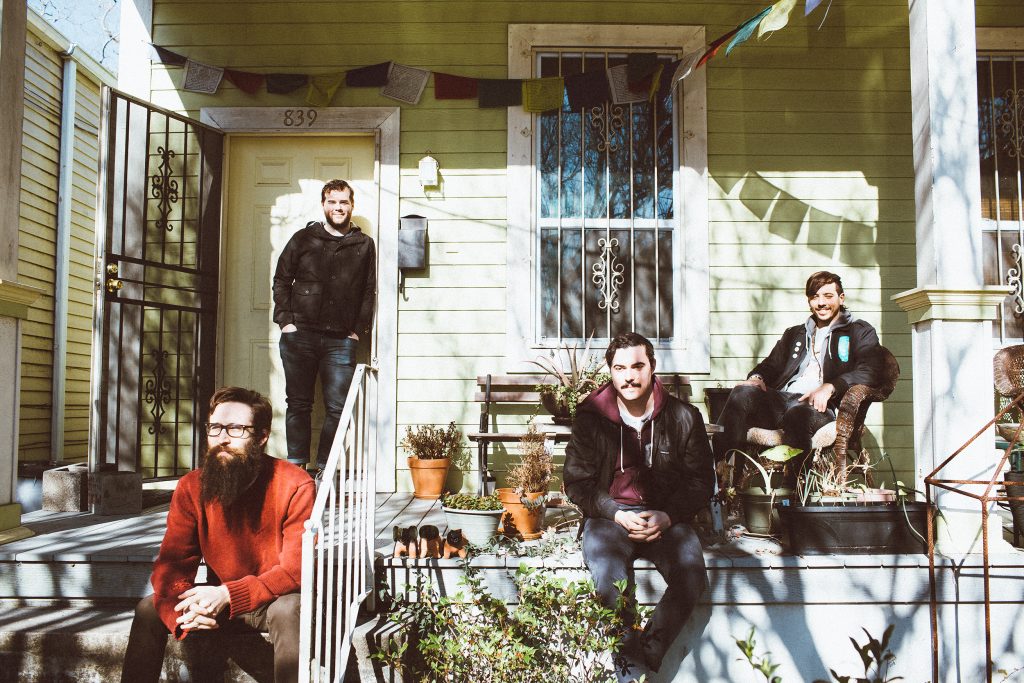 All People are thrilled to present All People, the band’s third full length album, now available for streaming via IMPOSE Magazine. Due out on Friday, May 20th via Community Records, the New Orleans quartet shared singles with Stereogum, Culture Collide, and Punktastic and now you can listen to the record in full, the best way to enjoy the band’s expansive sound, a soaring mix of spaced out dream pop and punk.

IMPOSE shared “Between the drive of dark post-punk keyboards and more direct grungy guitar rock, All People pay respects to a number of genres without ever admitting themselves fully into the fold of any one. Half of “Moonsteps” is a crushing gothic keyboard line over a blast of distorted guitars while the other half’s vocal harmonies cross into pop punk territory. The constant crossover works in their favor, granting renewed energy over the course of the nine tracks.”

Speaking about the record, All People’s Greg Rodrigue offered:

“A lot of the songs that I wrote lyrics for on this album are based on my struggle with panic attacks, mental illness / anxiety, and incidents of death and suicide from people that I have been close to. The lyrical themes also touch on my perception of our human nature. We often have little control over some situations and circumstances in our lives, and at times I have naively overestimated my ability to shape my own reality. Over the years it has resulted in frequent depression and frustration, and some of these songs that I wrote are attempts to remind myself to let go, as well as find positivity through connectedness to others.”

D-Ray described the album of the record as “The light at both ends of the tunnel. Life and death. Trying to stay positive and not succumb to depression.”

All People are headed out on a West Coast tour starting on May 31st. All dates can be found below.

“This music creates an introspective feeling both sonically and lyrically to explore the frustration that comes from having a lack of control.” – Stereogum

“The first half of the record is a frenetic internal search marked by solitude and frustration with waning trust in a relationship. But the band reveal their range with a marked shift that comes sometime around the midpoint, a cooling down and easing up. With glowing synths and brazen horn solos we’re eased out of the anxiety and into a less cluttered space.” – IMPOSE

“The songs could easily represent teenage punk sensibilities, ennui and self deprecation, but the band mines darker experiences for the material on their latest album” – Culture Collide