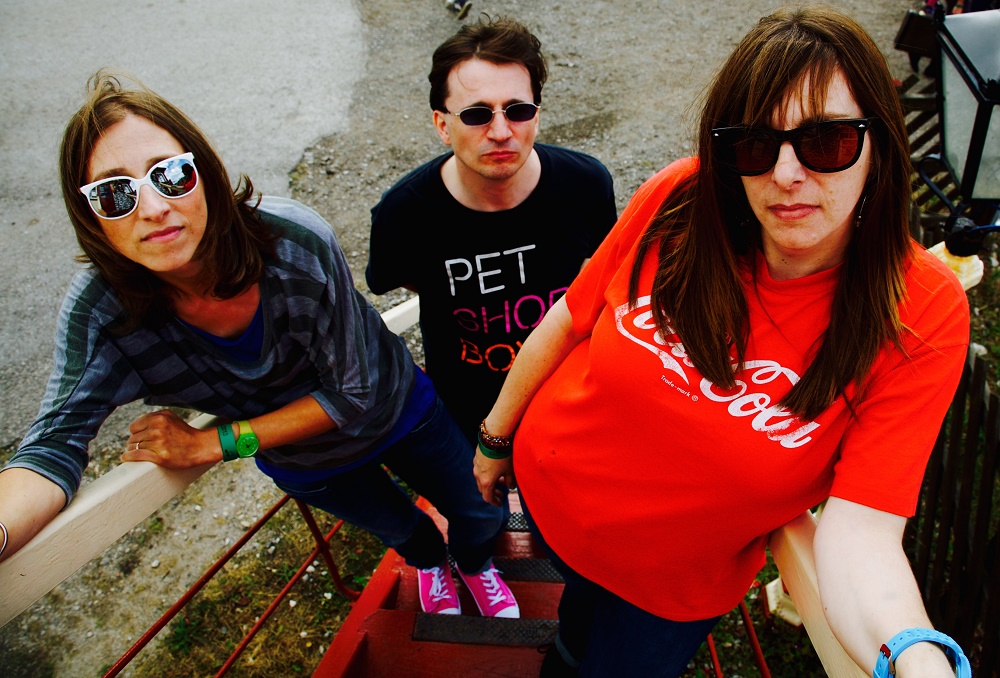 The single is the latest track to be taken from their long-awaited eighth studio album titled ‘Smash Hits’, set for release via exquisite Summer Sunburst Super Kay 12” and CD on 20th May 2016 via Oxford, UK based independent label Alcopop! Records –preorder now.

The new album is picking up praise from Classic Rock, London In Stereo,Punktastic, Upset, Buzz Mag, Digital Spy and more, with the new single already gaining support from Radcliffe and Maconie, Chris Hawkins and Steve Lamacq atBBC6 Music, and has been been made Geoff Lloyd’s record of the week over atAbsolute Radio.

In classic Helen Love fashion,  the track is another musical homage to one of Helen’s personal heroes, celebrating iconic feminist punk band X-Ray Spex front woman and riot grrl pioneer Marianne Joan Elliiott-Said, aka Poly Styrene, who sadly passed away in 2011 at the age of 53 after a battle with breast cancer. Featuring an infectious synth intro hook dragged from Van Halen’s hit single ‘Jump’ as well as samples of Poly herself talking, it’s a celebration of growing up as a bored teenager idolising colourful, untouchable musical heroes.

“Thank you Poly Styrene for singing your songs and flicking a switch that turned us on…when you started singing I swear my heart stopped…all we wanted to do was be like you” opines Love on the heartfelt ode.

The band rarely play live, but have recently headlined Indietracks music festival and played Primavera in Barcelona, and sold out their long-awaited return to London at The Lexington in record time. Next up they take to everyone’s favourite indie venue, Le Pub, in Newport – with another couple of surprises up their sleeve.

Whether it’s celebrating iconic punk stars or fulfilling a more dark-tinged, pulsing disco epic with the like of synth-driven Spaceboy, with the release of ‘Smash Hits’, Helen Love look set to continue their iconic cult appeal. Beloved of true independent music champions for years, generations of fans have finally discovered what it’s like to not be alone in the world; that there are other people out there who truly understand punk.

A seminal band and bona fide indie pop legends; they have an indie label track history that reads like a discography of the record collection you’ve always wanted – including the likes of Damaged Goods, Che, Wurlitzer Jukebox, Invicta Hi Fi, Sympathy For The Record Industry, Elefant and now Alcopop! The band have numbered the likes of John Peel, Steve Lamacq (who labelled them Welsh indie terrorists” and made almost all of Helen’s singles record of the week on his Radio One evening session show), Dave Gorman, Mark Radcliffe, Phil Jupitus, Everett True, Tim Wheeler (ASH) as fans.

HELEN LOVE on the internet: