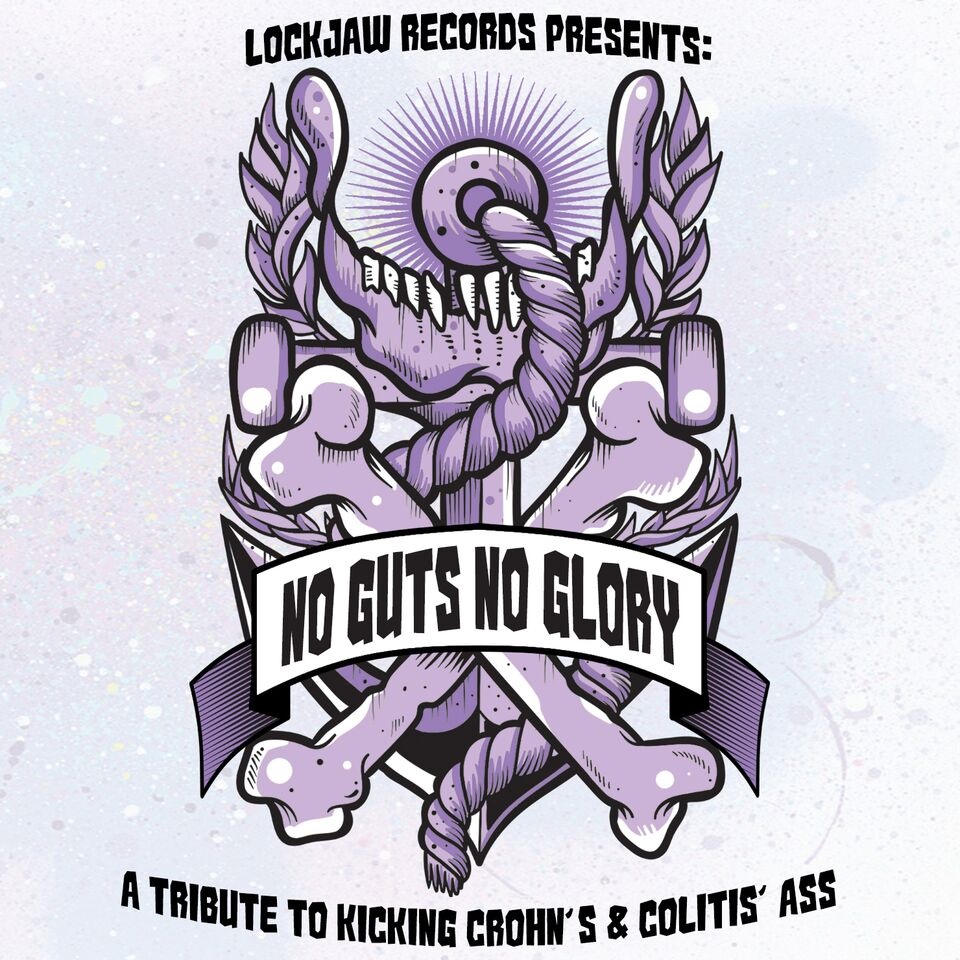 Lockjaw Records is a UK based Independent Record Label, specialising in Punk and Hardcore from all over the world.

“With this year’s compilation, in addition to spreading the word on new songs & bands, I was quite keen on doing something where we could ‘give back’. I have family members who suffer from the disease, so it just made sense to go with Crohn’s & Colitis UK” – Rob Piper, Lockjaw Records.

“I suffer from Colitis and found out a while back that musicians are particularly susceptible. So we suspected that a lot of people in the music scene might not be aware of what exactly the disease is and what the symptoms are. So to save someone out there pain, silence and the embarrassment, we wanted to spread some awareness, whilst sharing some good tunes!” – Lesley-Anne O’Brien, Lockjaw Records

All profits from the compilation will go to Crohn’s & Colitis UK. The compilation is a Pay What You Want deal, so anything you spend over 65p goes straight to the charity.

Crohn’s Disease and Ulcerative Colitis are the two main forms of Inflammatory Bowel Disease, affecting more than 300,000 people in the UK. Yet it is largely a hidden disease, and one that causes stigma, fear and isolation. There’s no cause or cure so it’s a lifelong issue.