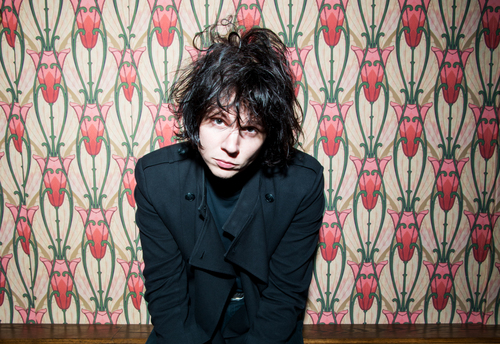 Kyle Craft
Added to The Great Escape line-up
Plus shows at Dot To Dot and London’s The Borderline
UK Dates:
Thur 17 May – Brighton, UK – The Great Escape
Fri 25 May – Manchester, UK – Dot To Dot Festival
Sat 26 May – Bristol, UK – Dot To Dot Festival
Sun 27 May – Nottingham, UK – Dot To Dot Festival
Tue 29 May – London, UK – The Borderline
(Full EU tourdates below)
New album Full Circle Nightmare out now via Sub Pop
Watch Live Performances!
KEXP Session
https://www.youtube.com/watch?v=pCmcUis2GHU
WXPN – World Cafe Session
https://www.vuhaus.com/videos/kyle-craft-heartbreak-junky-world-cafe-version
Sub Pop’s Kyle Craft has added a slot at The Great Escape to his first ever UK shows in May, where he also stops by the Manchester, Bristol and Nottingham legs of the Dot To Dot Festival and a headline show at London’s The Borderline on 29 May.
His album Full Circle Nightmare is now via Sub Pop, and garnered critical acclaim for his observational storytelling and his uniquely compelling voice. He will now be treating European audiences to his famed, incredible stage performances, accompanied by a full band. You can get a taster of the show via these recent US radio sessions, from WXPN World Cafe and KEXP.
Following up from his acclaimed debut Dolls of Highland, Full Circle Nightmare traverses all the different nuances of rock’n’roll, from the bluegrass twang of ‘Exile Rag,’ to the gothic style of ‘Gold Calf Moan,’ it’s a timeless piece that could exist in any of the past five decades. It evokes a never-ending night out in a sweaty saloon bar: bottomless rounds, endless packs of cigarettes and hours dancing to the jukebox.
Full Circle Nightmare was produced by Chris Funk (of the Decemberists), with mixing by Trevor Spencer (Father John Misty) andBenjamin Weikel and Brandon Summers (of The Helio Sequence).
Full Circle Nightmare is now available to order from Sub Pop [link here]. There’s also a new T-shirt design. The album is available in the following formats: LP gatefold jacket with custom dust sleeve, CD digipack with poster insert, Cassette and Digital. UK & European orders of the limited Loser edition LP are available on violet-coloured vinyl from select independent retailers (while supplies last).

“A timeless piece of vintage songwriting in the spirit of Chilton and Dylan…It is much like it’s creator; cheery, self-assured, a bit bizarre, slightly comedic, and utterly genius.”utterly genius.”  – The Line of Best Fit
“One of the most distinctive new voices in rock.” – SPIN
“Craft’s vivacious voice and chandelier-swinging bravado may have earned him a reputation as a glam-rock savior, but, as “Heartbreak Junky” illustrates, you need not be onstage to engage in the art of artifice…when Kyle Craft’s heart breaks, it shoots glitter and confetti.” – PITCHFORK
“Craft may be a wordsmith at heart, but he doesn’t shirk on making Full Circle punchy and infectious on a strictly musical level… [His] moonstruck sentiments may seem downright old-fashioned. Then again, so are his compositions: unabashed odes to courtship, confusion and the timeless power of storytelling in song.” – NPR First Listen
Watch video for “Heartbreak Junky”
https://www.youtube.com/watch?v=JzuR4o5_V60
Watch video for “The Rager”
https://www.youtube.com/watch?v=rjdivIOgnU0
Listen to “Exile Rag”
https://youtu.be/mMoM7OLh8Rw
Full European Tour Dates:
Thur 17 May, Brighton, UK – The Great Escape
Sat 19 May, Amsterdam, NL – Cinetol
Sun 20 May, Berlin, DE – Quasimodo
Mon 21 May, Hamburg, DE – Prinzenbar
Wed 23, May Paris, FR – Supersonic
Thu 24, May Brussels – Botanique – Witloof Bar
Fri 25 May, Manchester, UK – Dot To Dot Festival
Sat 26 May, Bristol, UK – Dot To Dot Festival
Sun 27 May, Nottingham, UK – Dot To Dot Festival
Tue 29 May, London, UK – The Borderline
**Tickets On Sale Now**
Album order link:
http://smarturl.it/KyleCraft

We Are The City release ‘King David’ video!