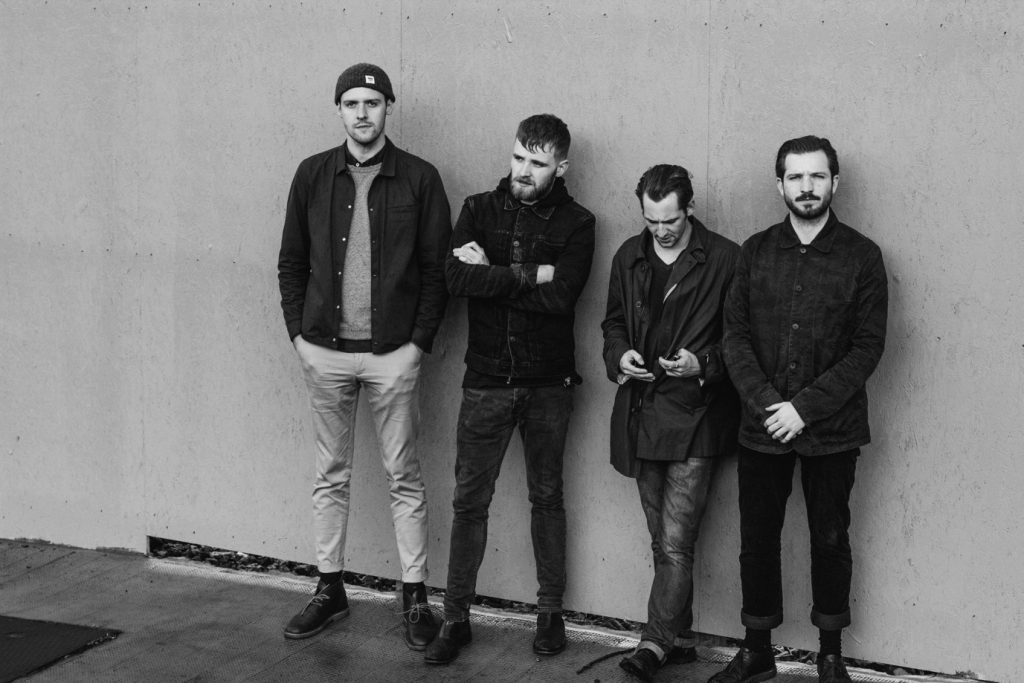 HOLY ESQUE RELEASE COVER VERSION OF
ROBERT PALMER’S CLASSIC HIT ‘ADDICTED TO LOVE’
“A mutated piece of vintage post-punk with Gary Numan-esque synths and tortured vocals.” – The Line of Best Fit
Pick up the new album At Hope’s Ravine and tour tickets here:
https://holyesque.lnk.to/AtHopesRavine
Robert Palmer’s smash hit ‘Addicted to Love’ has been covered by Holy Esque today, 30 years since it hit charts worldwide back in 1986.The tribute, in homage to Palmer’s musical legacy, follows the release of the Glaswegian four piece’s debut album, ‘At Hope’s Ravine’ that has picked up amazing reviews across the board in UK media.

‘We have always trodden carefully in the realm of song covers,” explains frontman Pat Hynes. “The idea of working on someone else’s track before perfecting our own seemed strange and initially unappealing, but when the idea arose to interpret ‘Addicted To Love’ we really enjoyed the process. It’s a dark and somewhat sleazy track with a sense of sex appeal and fun. We love the original and thought we could show a lighter side of the band through this ’80s hit. I think we have achieved that and we may even feature the song in a few special upcoming shows.”

Order ‘At Hope’s Ravine’ from https://holyesque.lnk.to/AtHopesRavine. Tickets for all shows are available from http://athopesravine.tumblr.com.

“A sharp and quite possibly an important album, as memorable and considered as it is acerbic.” – The Skinny

“This lot are going to be massive.”  – The Arts Desk

Track of the Day – Q

“Ambitious, anthemic and at times, gut wrenchingly emotional, ‘At Hope’s Ravine’ is a staggering piece of work.” – Clash