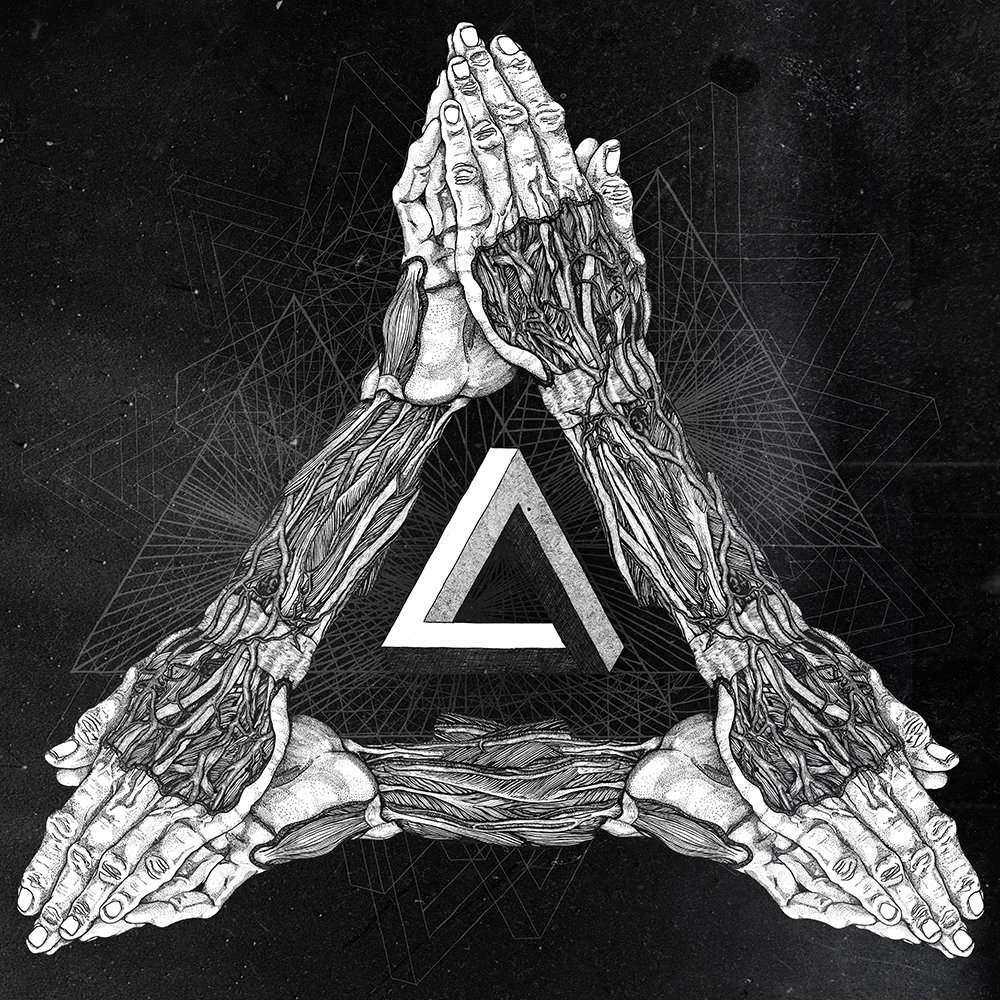 Brighton based math rock trio, the suitably titled Poly-Math are an intriguing explosion of sounds and ideas. Epic and challenging math rock soundscapes clash with more progressive passages in energetic fashion on their new album Melencolia, and this is an album that is both forward thinking as well as demanding.

An eerie guitar strum for the first minute or so of opening track Melencolia gets the album off to an unexpected start before a progressive jam interjects and you are struck by the superiority of the bands playing, this is a jam that keeps on building until the math rock chaos explodes, and explode it does, the song veers from a chaotic mix of guitars, bass and drums to an outright and far more straightforward rocking episode about halfway through the track before a more atmospheric, mellow and quite spacey feel takes over for the rest of the mammoth track and you can feel a real sense of calm over the tension that preceded it.

The following track Ekerot wastes no time with its urgent guitar stabs and crystalline drums making way for a driving beat to crash its way through the track with the addition of a buzzing bassline adding to the musical pressure. This vast pressure is released to the sound of the band building and building their sound again before reaching a furious crescendo driven by a military style drumbeat that steers the track to its logical conclusion and finishing with a refreshing and suitably epic outro.

Temptation Of The Idler finishes things off in the most epic way possible, a colossal track of the highest order that starts with a quirky and catchy grind that builds up in the way that you have come to love Poly-Math to do, the build up on Temptation Of The Idler is more dramatic than what has come before it though. A sense of even more energy courses through the track before a complex rhythm builds up and ultimately takes control, as with the music that has preceded it, there is a sense of dynamism here that drives things on and it is this that separates Poly-Math from more of their clinical musical peers and as the track veers from an energetic post rock feel to the some feedback drenched chaos before its sincere acoustic finish, you feel energised by the album you have just heard.

With Melencolia, Poly-Math have made an interesting and vital album. This is vibrant music made by a band with genuine passion for the music they are making, challenging when it needs to be but never overstepping the mark to make it inaccessible and melodic and heavy in equal measures.