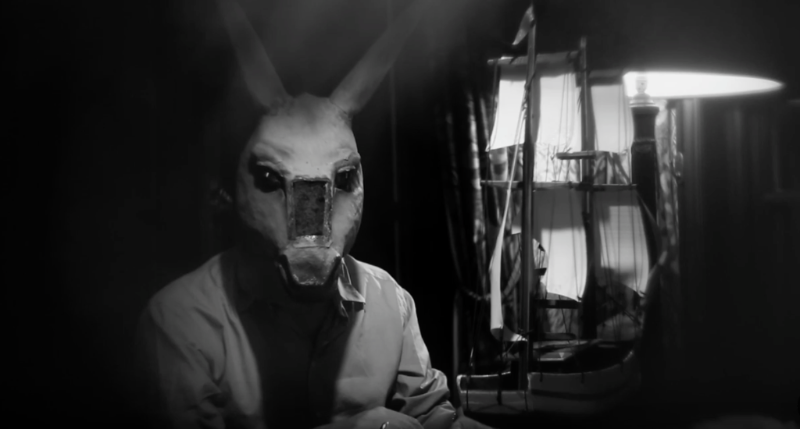 Tindersticks are truly exceptional in their capacity to keep exploring this aesthetic and thematic terrain with a renewed sense of risk and originality.” – The Quietus
“A triumph” 8/10 Uncut
“A band still in perfect focus’” – **** MOJO
“The triumphant declaration of a band shapeshifting with sophistication.” – **** The Guardian
“Innovative and impressive” – **** Q
“The Waiting Room is Tindersticks on ravishing form.” – 8/10, The 405
“A renewed statement of exploratory intent, flushed with loving detail” – **** Independent on Sunday
“A powerful album from a still vital band.” – Sunday Times
“Exquisite.” – 8/10 Pitchfork

With their extensive European tour kicking off today in Dijon, Tindersticks have shared another visual piece to accompany their very highly acclaimed new album ‘The Waiting Room’ (out now on City Slang).

This previously unreleased film for “How He Entrered” acts as a standalone movie and is not part of the film project that accompanied each track on the record. It was directed by Amaury Voslion and Richard Dumas (who also shot the album cover) and features the enigmatic donkey head from ‘The Waiting Room’ artwork. It was premiered in partnership with Lomograpahy today here.

“I bought the donkey head a few years ago from a great theatrical antiques shop in Strasbourg – he is apparently 100 years old” explains Tindersticks’ vocalist Stuart A. Staples. “He has become a kind of alter-ego. We had a photo session for the album arranged at Langar Hall, Nottingham, with Richard Dumas. I thought I would take the head along, see what happens… When Richard was introduced to donkey man he put down his champagne and rushed to get his camera – the next day was a lot of fun and the session spawned the great album cover and the booklet of the donkey man and his wife that goes with it. The idea of this film – a day in the life – was born that day.”

Richard Dumas comments: “When we finished the making of the donkey cover, Stuart had the feeling we had given birth to a real character and he wanted me to direct a short film showing the donkey’s daily life. That was the beginning. Amaury joined and we had the perfect team, with Stuart and Suzanne his wife, writing a sort of screenplay. We returned to the scene of the crime and shot like a film, not like a music video. The image is in no way an illustration of the lyrics. All the feelings come from the meeting of the music and the image, almost by accident.”

Two decades into their musical voyage Tindersticks, established masters of restraint and poetic human emotion, are a band now confidently creating the best songs of their career. January 22nd 2016 saw the highly anticipated release of their latest album, ‘The Waiting Room’, to critical acclaim and commercial success.

‘The Waiting Room’ is a milestone not just numerically (their 10th), but musically and creatively. Their first studio album since 2012 is the most ambitious, diverse and elaborate record you’ll have heard from Tindersticks in recent years. It is universally regarded as one of the key albums in the discography of the band and charted in 7 countries.

‘The Waiting Room’ is not only a music abum but also collaborative film project with the Clermont-Ferrand International Short Film Festival and La Blogotheque where every song on the album is accompanied by a short film by its own director.

Tindersticks will be touring throughout the year, including a series of special cine-concert events across the UK in April and May.