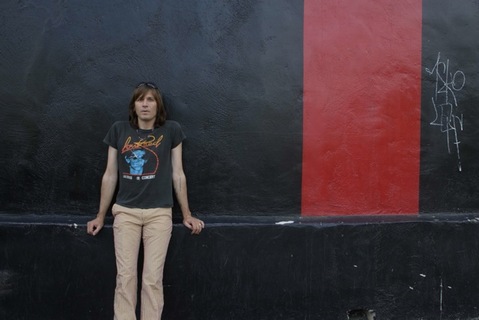 THE LEMONHEADS
UK TOUR OCTOBER
LONDON INDIGO2 8th OCTOBER
The Lemonheads have announced details of a UK tour in October. The shows will be their first in over 3 years and follow a recent sold-out solo tour by Evan Dando. The line-up will feature Evan Dando (vocals/guitar), Chris Brokaw (guitar), Todd Philips (drums) and Jen Turner (bass). Tickets for all shows go on sale at 10.00am on Thursday 30th July.

Evan Griffith Dando formed The Lemonheads with two school friends in the winter of ’86. A few months later, they spawned what is now one of the most sought-after punk relics of the 80s, the indie EP ‘Laughing All the Way to the Cleaners’. Boston-based Taang! Records immediately signed the band, releasing the albums ‘Hate Your Friends’ (1987), ‘Creator’ (1988) and ‘Lick’ (1989). In 1990, Atlantic Records took notice of the rapidly-expanding fanbase in Europe (where they toured in 1989) and America by signing the band and releasing the critically-acclaimed fourth album ‘Lovey’.

Even by this time, The Lemonheads line-up had been volatile: more than a dozen different configurations over a period of just five years, all sorts of bit parts and reshuffles, with Dando as the only constant. At one point it got so confusing that an ex-drummer, just a week after getting kicked of the group, answered The Lemonheads’ ad to replace himself. By a conservative estimate, the band has had more than ten bass players and at least a dozen drummers over the years.

But out of this primordial chaos came a veritable ‘Golden Age’ for The Lemonheads. A 1991 tour brought Evan to Australia, where by chance he met songwriter Tom Morgan and future Lemonheads’ bassist Nic Dalton. Their collaboration led to the classic album ‘It’s a Shame About Ray’ (1992), a concentrated blast of pure pop perfection that clocks in at just under 30 minutes. Thanks to songs such as ‘Confetti’, ‘My Drug Buddy’, ‘Rudderless’, ‘Ceiling Fan in My Spoon’ and the title track, Dando hit a whole new audience. The follow-up ‘Come On Feel The Lemonheads’ (1993) brought Dando a genuine charting single, ‘Into your Arms’, as well as instant classics such as ‘Great Big No’, ‘Down About It’, ‘Being Around’ and ‘Big Gay Heart’.

Two years of brutal touring followed, which Evan punctuated with some high-profile, personal meltdowns on various continents that caught the imagination of a press ever eager for negative copy. Still The Lemonheads (now with Boston friends John Strohm on guitar and Murph on drums) managed to crank out a defiant 1996 release ‘Car Button Cloth’, with some of their best melodic pop/punk to date: ‘It’s All True’, ‘If I Could Talk I’d Tell You’ and ‘Tenderfoot’. After a year promoting the record, Dando announced at the 1997 Reading Festival that he was disbanding The Lemonheads. Atlantic released a ‘Best of’ album in 1998 and many surmised that that was that. “I just decided to duck out for a while”, explains Dando of his self-imposed exile from the scene. “I didn’t have it in me”.

In 2000, Dando started to come alive again, first with a 2001 live album ‘Live at the Brattle Theater/Griffith Sunset’ and then in 2003 with a well-received solo album ‘Baby I’m Bored’. The following year Dando found himself fronting MC5, the most incendiary rock band of 1960s America, as lead vocalist in a 41-show tour. The self-titled album ‘The Lemonheads’ appeared in 2006 and featured Bill Stevenson and Karl Alvarez of The Descendents, long-time collaborator Tom Morgan, Garth Hudson from The Band and Dinosaur Jr’s J. Mascis.
The Lemonheads’ last full studio LP ‘Varshons’, an album of inspired covers produced by friend Gibby Haynes from Butthole Surfers, was released in 2009. 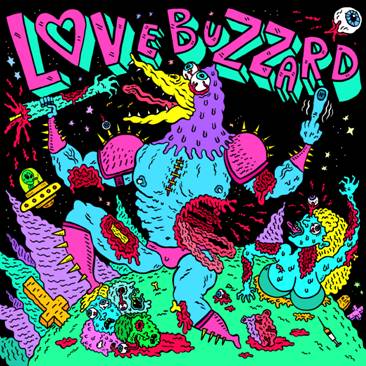