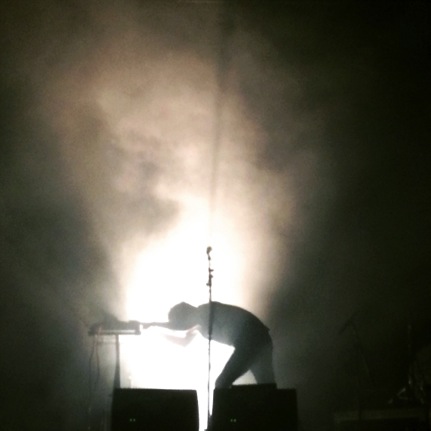 “‘Deeper’ pushes the drum machines to the fore, cranks up the BPM and serves up leather-hearted industrial-dance anthems”  8/10 – NME

“Relentlessly industrial” – DIY
Following the release of his third studio album ‘Deeper’ earlier this year via Captured Tracks, The Soft Moon has unveiled a new video for album standout track ‘Wrong’  & announced an extensive tour, including shows UK dates in October with shows in London, Manchester, Glasgow, Bristol, Brighton, and their first ever show in Ireland.

Created by New Orleans-based artist 9RIS 9RIS, the video for ‘Wrong’ is a kaleidoscopic venture of bright lights, trippy colours & disorientating screenshots allowing The Soft Moon’s industrial, electronic sounds to take centre stage.  The idea of making a video for this song came about when 9RIS 9RIS DJ’d at The Soft Moon show in New Orleans this past May. The DJ set also included his unique visuals. Impressed by his style, Luis Vasquez approached 9RIS 9RIS where they discussed his concept and direction for a visual representation of ‘Wrong‘.

The track was co-written with Maurizio Baggio, who recorded and produced ‘Deeper’.