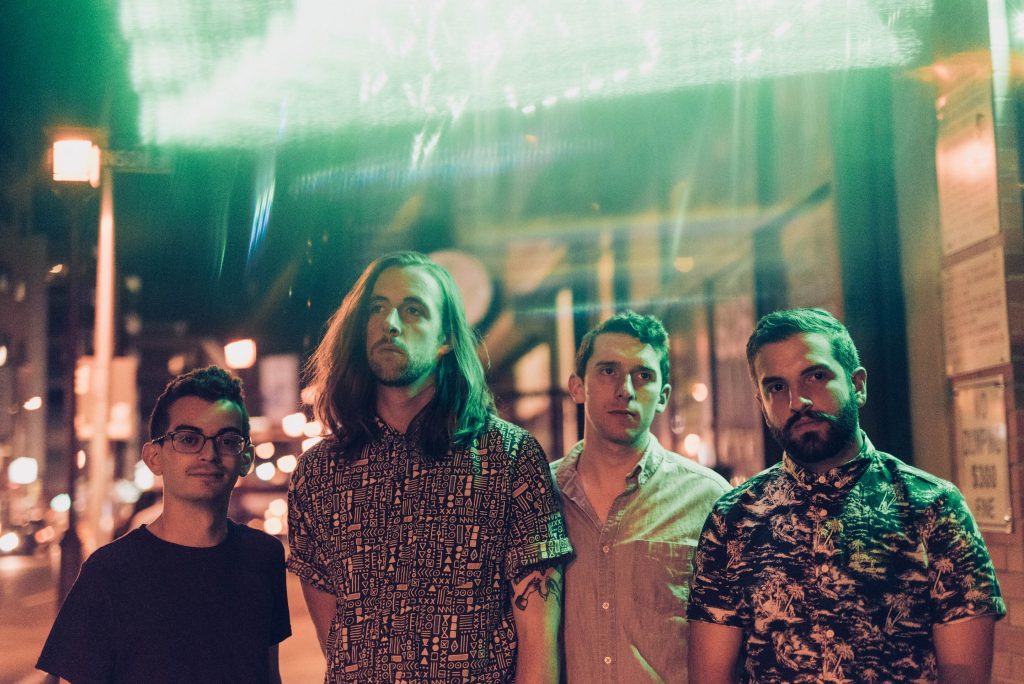 Philadelphia’s Caracara have just announced their debut album Summer Megalith, set to be released on Flower Girl Records on September 22nd. The band is now premiering their new song  from the album “Crystalline” via The Alternative. Pre-orders for Summer Megalith can be found via Flower Girl Records.
Hear Caracara’s new song “Crystalline” via The Alternative.
Earlier this year, Caracara released two singles that will be included in their new record “Revalatory” which premiered via Uproxx, and “Glacier.” GoldFlakePaint said about  “Glacier,”  “Caracara have that ingrained ability to craft songs that feel both weighty and rousing, songs that leap between the light and dark with considered abandon, dragging the listener up in to their arms before throwing them back out in the real world, heart, guts, and all.” While CLRVYNT said “there’s real beauty to be heard here.” The music video for “Glacier” can be seen here.

Biography:
Caracara is a product of conversations. It began as a collaboration between Carlos Pacheco Perez and Sean Gill of Square Peg Round Hole and William Lindsay and George Legatos who had recently closed up shop as W. C. Lindsay. The idea was to make dynamic music that whispers as much as it screams. Harsh and dense mid ranges, blaring horns, romantic strings. Everything was a back and forth- George and I have always played by feel and written by ear, while Carlos and Sean come from strict traditional conservatory backgrounds. We wanted our band to serve as a conversation between our respective histories.Caracara, our songs and our recordings could also not have come about without conversations between myself and Jacob Ewald. Jake and I traded off book and music recommendations, I was living in an old apartment of his, an early version of caracara was jamming and writing in The Metal Shop, Jake’s Philly studio. He helped me come to terms with the ending of a project I had put 5 years of my life into.  Many of the lyrical sketches that eventually became Caracara songs were inspired by books that I had given jake, and the impetus to drop everything and dive fully into this new band came from books jake had recommended to me. When it came time to record, he was our obvious choice for producer. (this part should be vague since we haven’t announced an LP) We basically moved into his studio for a week of sweltering august sessions, during which the varying influences at play pushed us all well out of our comfort zones and into a new way of thinking about what we were creating. The time feels like a blur to me, I’ve never focused so hard on anything in my life.
Facebook

Kan Wakan unveils video for ‘I Would’