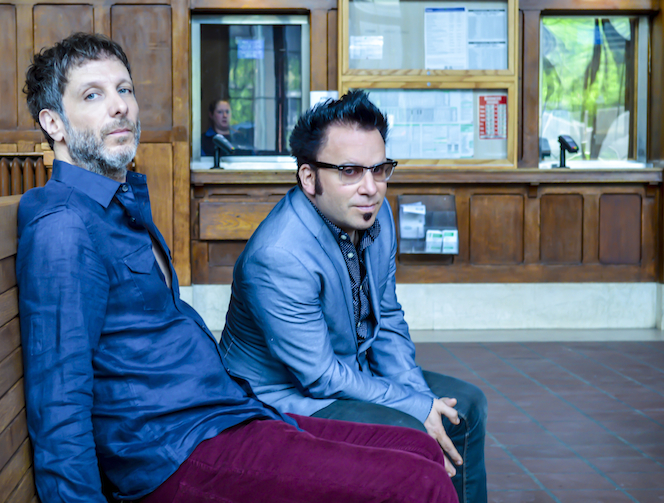 Announce new studio album, The Light In You
Due 18th September via Bella Union

As Mercury Rev began recording their eighth studio album in autumn 2013, when asked what people could expect, co-pilot Grasshopper responded, “Steel Resonator Mandolin. Timpani. Sleigh Bells. All sorts of electric guitars…..” He subsequently added, “It is the best stuff we have done in a long, long time. Gonna be big sounding!”

Two years on, The Light In You more than lives up to its billing. The record is filled with wondrous and voluminous kaleidoscopic detail, but also intimate moments of calm, and altogether stands up to the very best that this notable band of maverick explorers has ever created. Its ecstatic highs and shivery comedowns also reflect a particularly turbulent era in the lives of Grasshopper and fellow co-founder Jonathan Donahue, of calamities both personal and physical, but also rebirths and real births (Grasshopper became a father for the first time in 2014). There’s a reason for the seven-year gap since the band’s last album, Snowflake Midnight.

“It was one of those otherworldly life sequences, when everything you think is solid turns molten,” explains Jonathan. “But also, when something is worth saying, it can take a long time to say it, rather than just blurt it out.”

As well as The Light In You being the first Mercury Rev album with Bella Union, it’s also the first with only Jonathan and Grasshopper at the controls, as scheduling conflicts and travel between the Catskills and Dave Fridmann’s Tarbox studio became too great to overcome. On The Light In You, Jonathan and Grasshopper decided they were best served being based at home in the Catskills for once. Surrounded by longtime friends such as engineer Scott Petito and bassist Anthony Molina, Jonathan and Grasshopper quickly found their stride recording themselves in their own basement studio as well as venturing out into the daylight to record tracks at some of their old haunts like NRS and White Light Studios. The two even found time to arrange backing vocal harmonies and record with Ken Stringfellow at his studio Son du Blé studios in Paris.

Yet from its title down, the album clearly reflects the core relationship between Jonathan and Grasshopper, best friends since they were teenagers, who accompanied each other through the musical changes, band fractures and exulted breakthroughs that has marked Mercury Rev’s career since they emerged with the extraordinary Yerself Is Steam in 1991.

“You can go as deep as you want with the title, on a metaphorical, spiritual level, or just poetic license,” Jonathan suggests. “It’s the beacon that shines and allows us to see ourselves – and then there’s the music between Grasshopper and I, which is how we reflect each other. The arc of the album, lyrically, is someone who’s gone through an incredible period of turbulence, sadness and uncertainty, and as the album progresses, a light appears on the water.”

The album’s track-listing follows a similar trajectory, from the opening slow-build cascade of ‘The Queen Of Swans’, through the epic lonely beauty of ‘Central Park East’ and the album’s half-way peak between ‘Emotional Freefall’ and ‘Are You Ready’ before the closing sequence, with the exhilarating pop beacons of ‘Sunflower’ and ‘Rainy Day Record’ sandwiching the more tranquil ‘Moth Light’. The light is reflected both by the album’s brilliantine colours and imagery drawn largely from the elements and the seasons, creating a world as only Mercury Rev know how. “It’s like taking a drug, but not actually taking a drug,” Grasshopper reckons. “Just sit back and enter and immerse yourself.”

Since Snowflake Midnight, Jonathan and Grasshopper have stayed productive, for example with their improvised collective, Mercury Rev’s Cinematic Sound Tettix BrainWave Concerto Experiment at John Zorn’s club in NYC, creating live soundtracks to favourite films at various junctures across Europe (most recently in London as part of Swans’ Mouth To Mouth festival in 2014). There were also occasional festival shows such as headlining 2014’s Green Man festival to celebrate the deluxe version of 1998 opus Deserter’s Songs.

“Playing tracks again from Deserter’s Songs helped us look at where we’ve been, and where we were going,” says Grasshopper. “Though by no means did we want to make Deserter’s Songs Two, we did feel we had some loose ends to tie up.”As Grasshopper once commented about Deserter’s Songs, “It’s special because that was the one that brought us back from the brink.” The Light In You is special for that very same reason.

The Light In You tracklisting:
The Queen Of Swans
Amelie
You’ve Gone With So Little For So Long
Central Park East
Emotional Freefall
Coming Up For Air
Autumn’s In The Air
Are You Ready?
Sunflower
Moth Light
Rainy Day Record 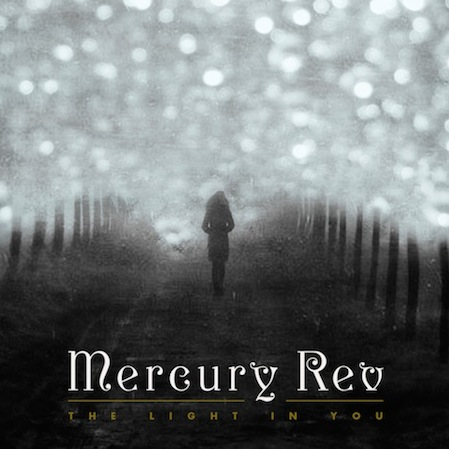