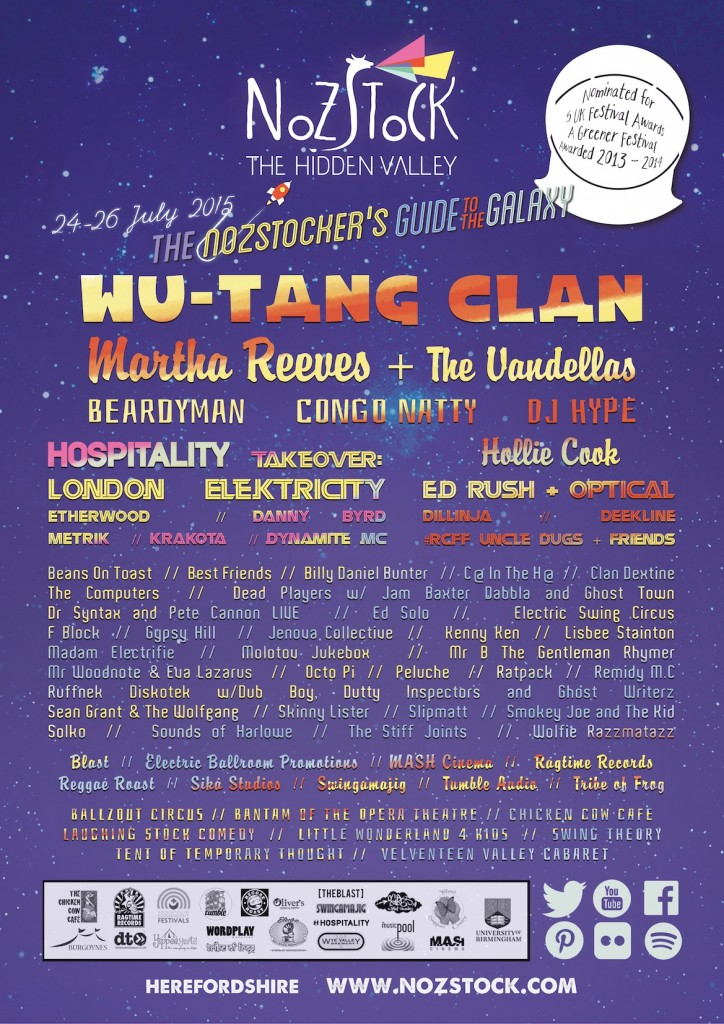 Sticking to their rural and local roots, the 3 day festival is set to welcome the right balance of local and national talent, provided by the family run team behind the event they effortlessly unite festival goers from across the country. When you’ve experienced Noz you realize why this is such a cherished event with its own unique amalgamated community.

To coincide with the end of July festival dates, from now until Mid-July, Circuit Sweet will be hosting a special Nozstock Artist Feature. Taking a closer look at all the talent playing and introducing our readers to each act in a more personal manor; as we talk to the musicians to find out more about their musical endeavors, their live sets and what we can look forward to from them during the weekend.

In the first noz- festival artist instalments we introduce you to the talented Sean Grant and The WolfGang. 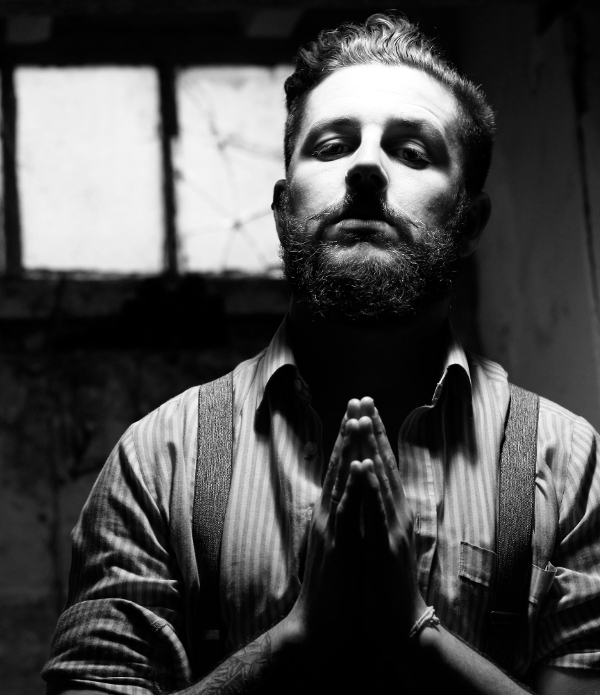 Milton Keynes based folk/punk storytellers Sean Grant and the Wolfang are an unmissable act on this year’s bill.  A thought provoker. Not an activist, but a realist. Sean has been making music and writing from a young age and his development into a folk wordsmith and fronting Sean Grant and The WolfGang is the culmination of many years experimentation and exploration. The WolfGang comprises thumping drum work, bass heavy organ and beautifully crafted guitar lines from long term friend and fellow Northampton born Steve Fiske. Together they have been slogging it out in every toilet venue, bar, street corner just to catch the ear, which in turn is working well for the act as their fan base grows.

My name is Sean Grant, I’m the songwriting body and frontman of the Wolfgang. The Wolfgang first materialised around 2 years ago after many years of experimentation and musical as well as personal growth.
My Grandad used to buy and sell records from The Beatles to Frank Sinatra, it was a passion of his travelling around the country so I was something that I was exposed to it from a young age. The other side of my family are from Ireland so I was always encouraged to get up and sing or dance or generally have a right old craic at family get togetherness and such. My first guitar was a beaten up old acoustic from a car boot sale that I just couldn’t put down, I’ve always sang with it and found it very natural to me to start jotting down and singing my own thoughts and ideals rather than others.

It was never intended to become a band thing, it started with me and my guitar in my room after years of playing around in others bands in different roles. I wanted to do something personal, something for me and from the heart and as I added to it and started writing it just seemed right to put a band behind it to do it justice. The band name came about as a joke in fact, when I first started sending the songs to the now “Wolfgang” I would put different names alongside my own just for a laugh such as “Sean Grant & The Wolfgang Bronsons” which was one of them and in fact we played our first ever show under that guise in London.

If you come to our shows you get it all, we leave nothing behind in fact I normally come off stage hoarse and broken. Heart on sleeve out on the ledge performances that are more rock than folk.

It a buzz like no other, when your in that moment in that flow it’s the most glorious feeling you can have period, drink, drugs, love… Are all a second to that limited time you get on stage.

We’ve been overwhelmed by the support we’ve had when venturing out for our lives shows, particularly our tour in Europe where we had such an amazing time and the people that we met and played to were just fantastic with their support and participation at the live shows.

It’s always whatever the newest one is! Hot off the press and new and fresh to play, currently that would be Mince Meat from our last EP. But we’re currently writing and demoing for EP 3 there’s some pretty huge stuff and we can’t wait to start playing it at Nozstock for you all!

The new material that we’ve been working hard on for the last few month. Some sharp outfits and most probably a lot of drinking.

I’m personally a big fan of The Computers after supporting them a little while ago, their live show really is impressive. But I like to wander at festivals too so I’m sure I’ll come across some cool acts.

The whole vibe, I’ve heard great things about the festival so looking forward to seeing the whole things and soaking up the atmosphere.

I don’t think we will, I’ll have to talk to the boys and we’ll have a vote. I’m sure we’ll be incapsulated by it all and whisked away into it once we’re there.

Always the people. The eclectic group of individuals and  groups that festivals draw together are the best in the world, there’s nothing like a festival crowd.

We’ve been working on our third EP which we’ll be recording over the summer with plans to release later this year, we’ll be touring again in October with plans of Europe again, and we’ll be playing a few festivals over the season showcasing the new material and generally having a good old time!

It’s just fantastic to be invited to such an amazing festival we can’t wait and we look forward to seeing you there.

A huge thank you to Sean, a total pleasure and we look forward to see you live on our doorstep soon.

Now you’ve discovered a  fantastic act from the incredible line-up get excited to hear more. If you haven’t already got  tickets what are you waiting for?