We kickstarted the first of the May Bank Holiday weekend the only way we know how to- at some of the best live shows in the UK. Earlier in the month we had the privilege in spending some time with the enigmatic Le Mans based 2-piece Quadrupède . The duo embarked on their first UK tour at the end of April/start of May and we were extremely lucky enough to see the pair perform live at The Pig and Drum, Worcester thanks to local promoter Embrace the Chaos and then again at The Stag and Hounds Bristol with Quadrilles, Bearfoot Beware and Killer Bees. Both sets just outstanding. 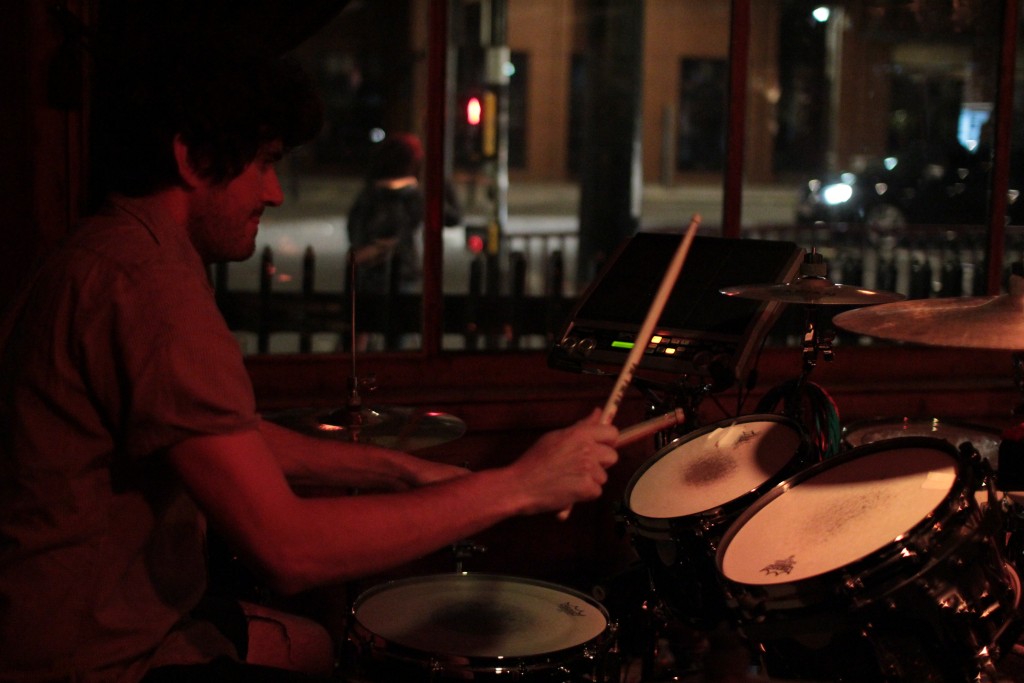 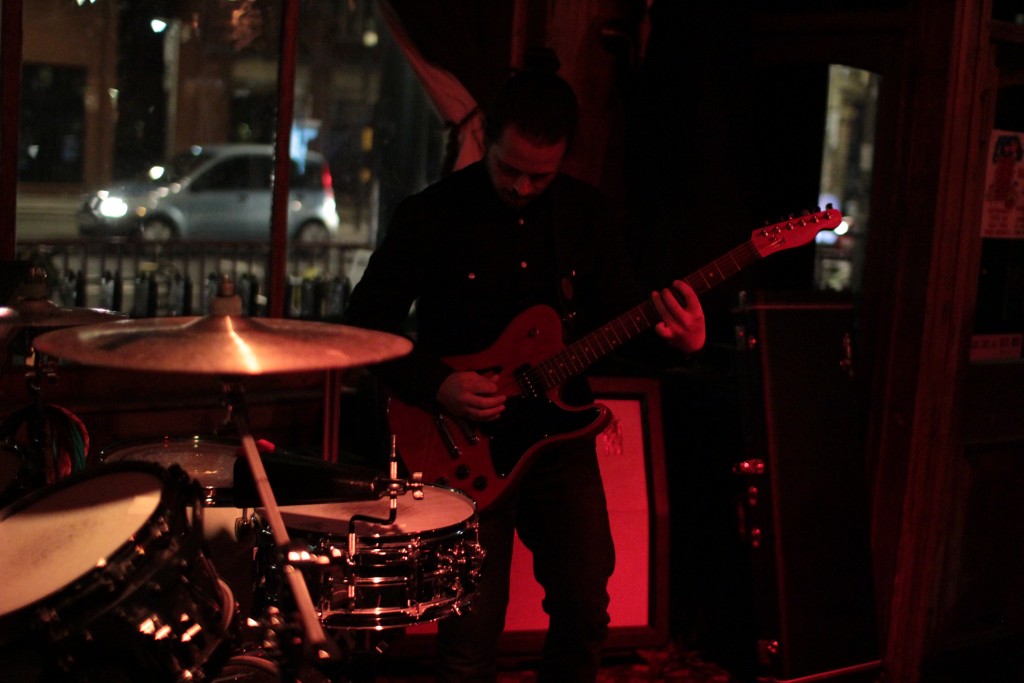 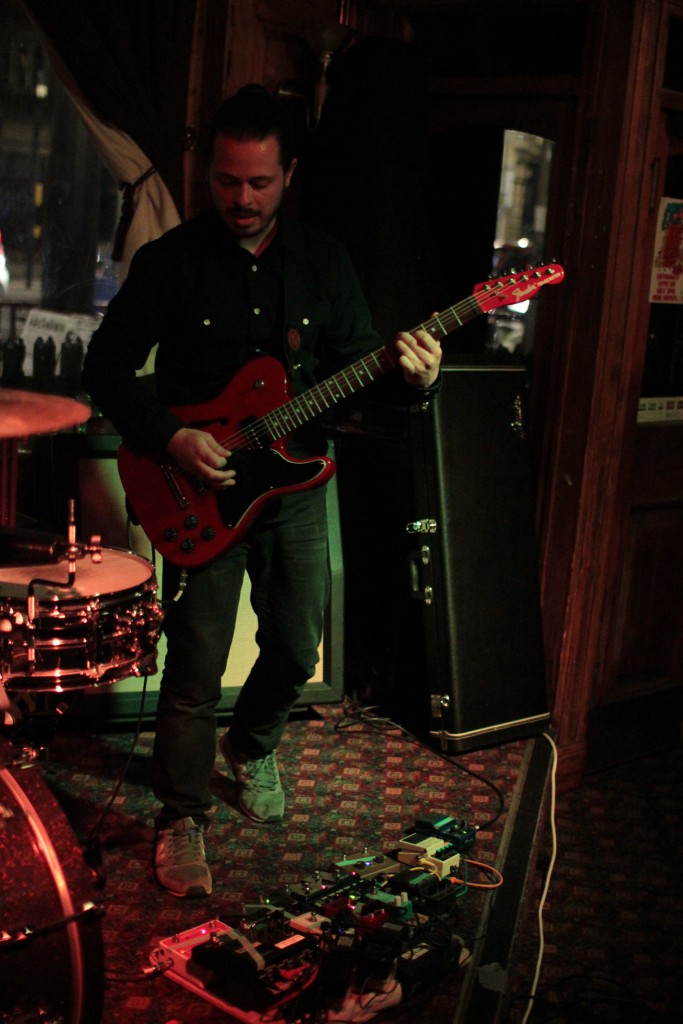 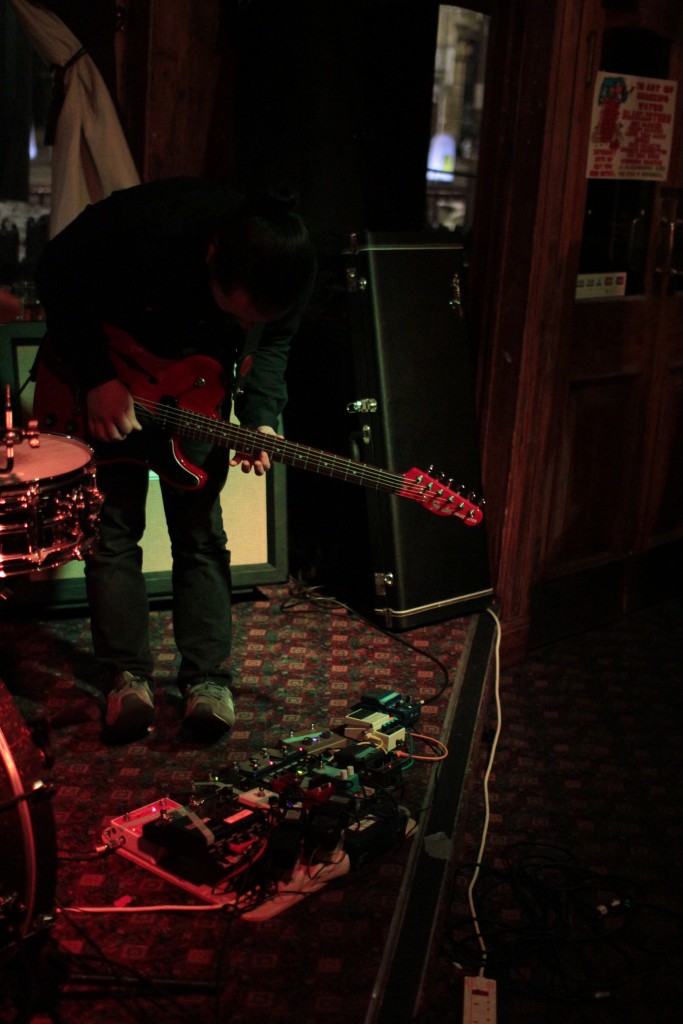 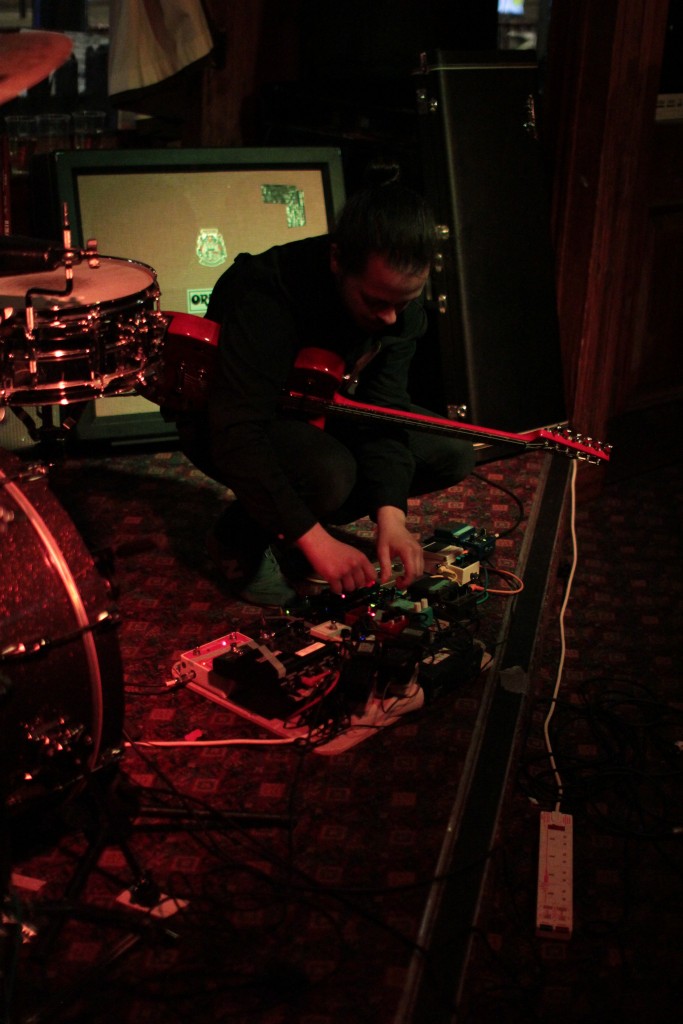 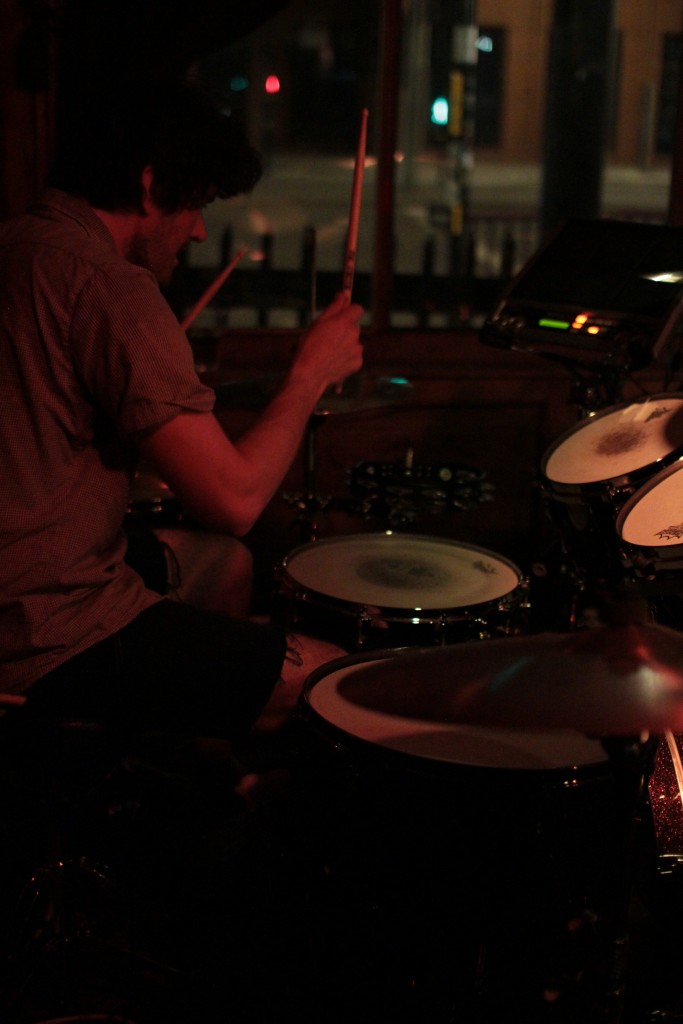 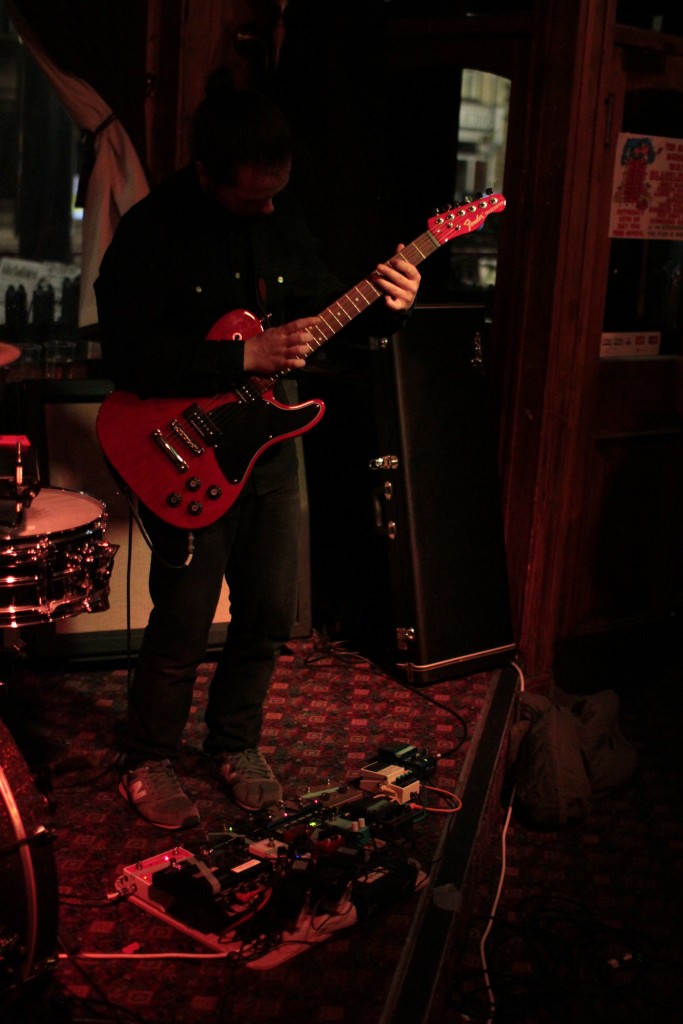 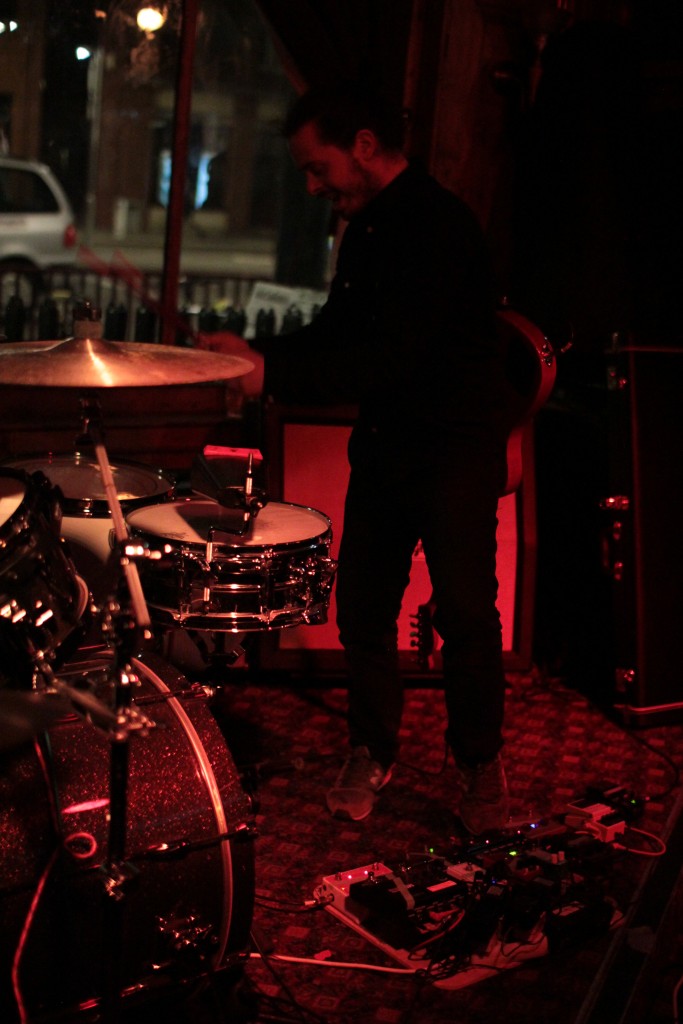 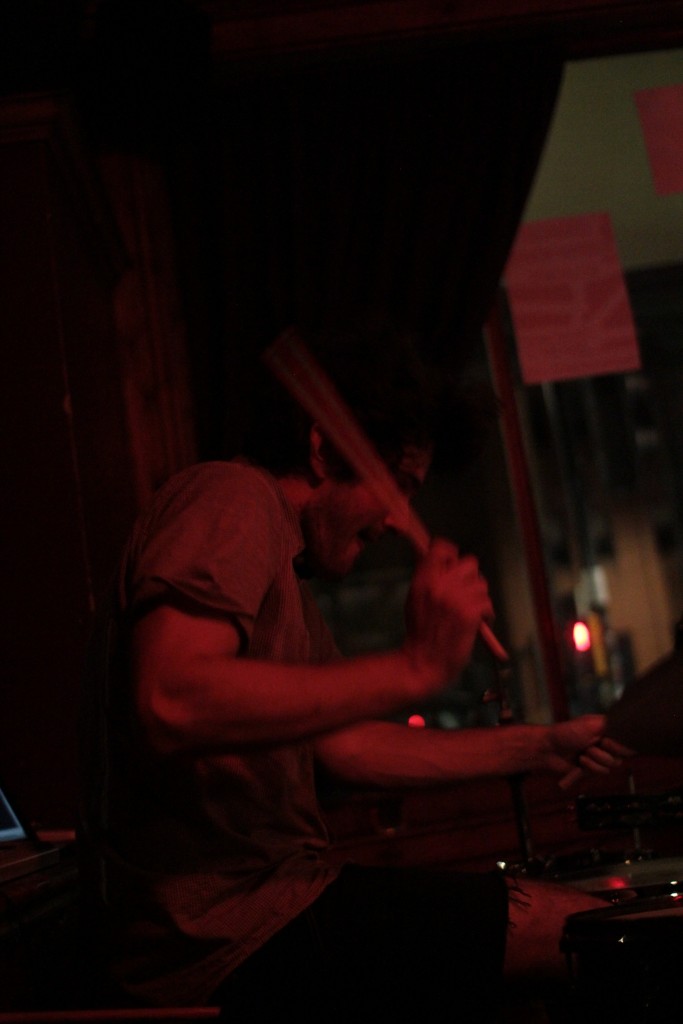 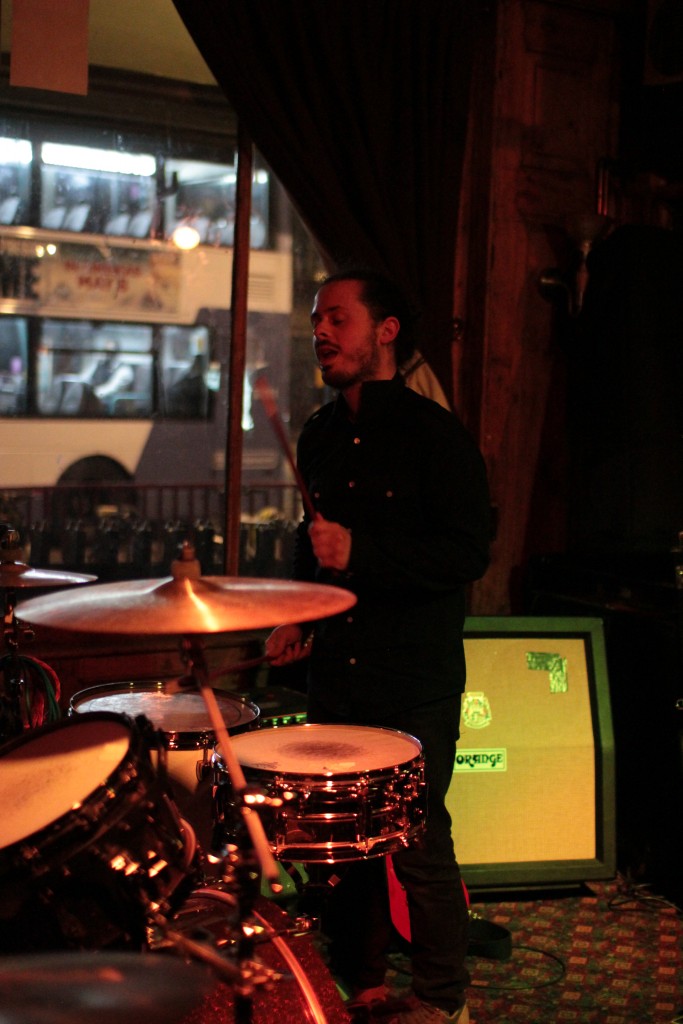 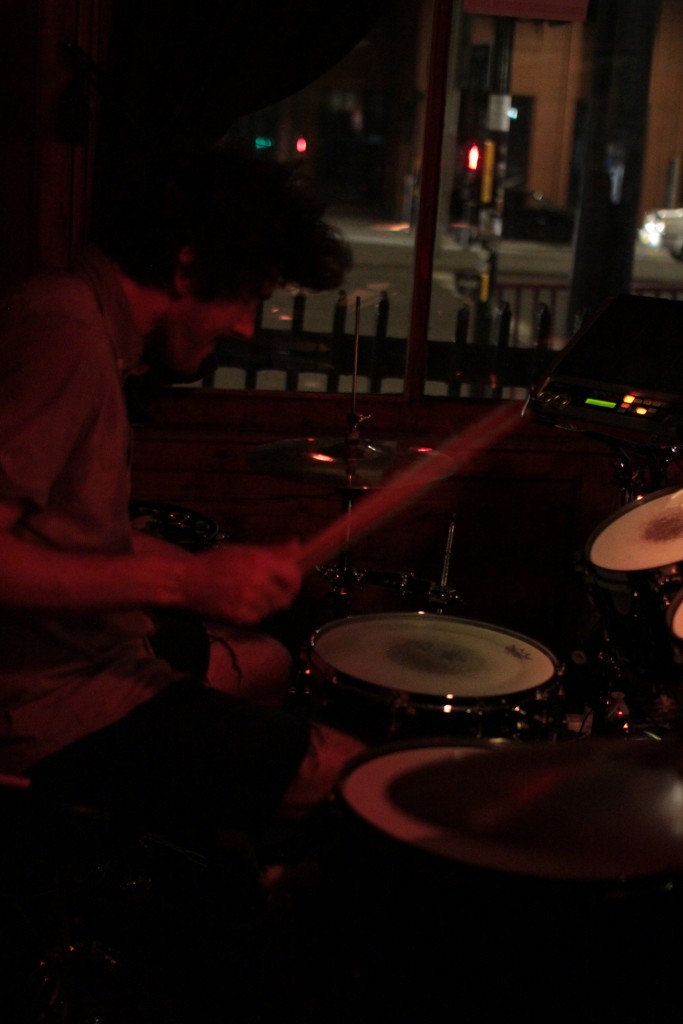 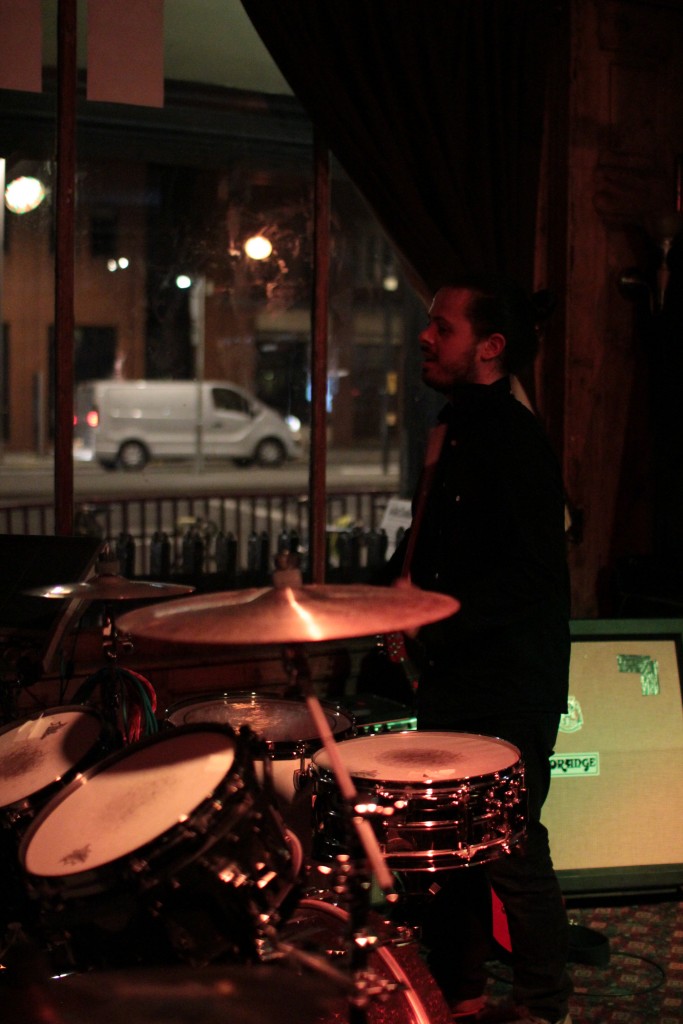 Fitting in the genres of Noise Rock and Electronic Math Rock, Quadrupède mutate between the two and create something so unique they can call it their own.  Joseph & Damien are the powerful force behind the captivating Quadrupède. The Instrumental rock band that flirt  with electronics to create their enchanting compositions.

Headlining the Worcester date following support from Deathly Pale Party and Mike Wynn, the band were concerned they couldn’t perform their entire set due to noise restrictions- when the pair set up this soon changed. The duo effortlessly implement crushingly intense live shows, immersing themselves within their work the crowd is so easily captivated by the pair. Joseph and Damien are two jaw-droppingly incredible technical performers and masters of creating such deep layers of sound, with the intensity of a band double it’s size. Flawlessly performing tracks from their self titled 2013 debut EP release, their 2014 album release ‘T O G O B A N’  (out now via Black Bassett Records) and even spoiling us with some new orchestrations.  Their engaging set consisted of animated riffs, amalgamated drum beats continuous throughout, live looping, dual ferocious drum off’s, dynamic backing tracks and a tight delivery which left the crowd amazed. All of this projected perfectly again at their Bristol show with an astonishing reception.

Joseph’s craftsmanship is one to watch as he navigates each track with his intonation, his use of percussion and timing pre-recordings using his drumpads. Whilst Damien’s inventiveness and control of his sounds are out of this world, together the pair just bounce off one another’s remarkable talents.  This band will blow you away, simply one of the best live acts we’ve ever witnessed.

The band will return to the UK in August as they play this years Arctangent festival, a rewarding milestone for the band.

We’ve got live footage coming soon. If this act is playing near you- go!

All images by  Oli Montez .
Email oli@circuitsweet.co.uk for copies/permission of use.

You May Die In The Desert – International Waters (Live) [Video]