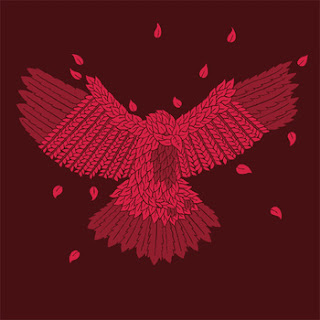 ‘The audio equivalent of dew-drops on grass turning into jewels at sunrise.
Simply stunning.’ – Mixmag
Folding Leaves, the latest record from Message to Bears, takes the idea of something rustic and organic and tenderly crafts it into musical origami: something complex and detailed, yet gracefully simple.

Jerome Alexander, the multi-instrumentalist behind MTB, combines layers of rustic strings, crisp acoustic guitar and a warm, almost wordless vocal melody – a sound which builds throughout each song and across the whole album. The resolution of each crescendo – after the communal, folksy accumulation of voices, strings and other instruments – is either triumphant, or left to crumble away on a breeze of bird song and crackling ambiance.

The effect is an album that is unfolding in two ways: both as an old letter or map, unfurling to display detail and emotion, or disappearing, as an origami swan pulled at two ends loses its creases, becoming as formless and unassuming as it began.

Folding Leaves is streaming below via the link and available to pre-order now. Due for release January 18th on Dead Pilot Records.
Listen to the album here.

Message To Bears have also just premiered their new video Mountains as a New Years Present.