Another wildly adventurous creation from Rubber Oh. Deeply hypnotic, built layer upon layer, gritty angular textures, rhythmic hooks, and this prominent percussion. The fuzz wails over the ambitious atmosphere, growing in power, the cowbell power throughs the expressive landscape. Lo-fi melodic vocal harmonies capture this electrifying appeal, charismatic and compelling, equal to the rest of the track. Another ferocious orchestration that showcases the endless promise of this outfit.

Sam Grant explains, “Hyperdrive Fantasy is a song about a daydreamer. Life has them bound to their sofa, but their imagination takes them on cosmic journeys, across solar systems and galaxies, and to the farthest reaches away from their existential self.”  He continues, “The video is a play on that imagination, with overtly unreal models and scenery, centered around the rocket that journeys into the depths of space. It’s in no hurry, has no destination, but just floats through the cosmos in an imagined, blissful escapism.”

Describing the complexity of making such a technical video, he says, “We made the video using 10 meters of black paper, painted it, wrapped it around two poster tubes, and stuck on a motor to turn it like a treadmill. Then, using our Blue Peter skills we modeled our toilet roll tubes and went into space…”

Strange Craft is a deliriously tuneful sci-fi tinged psych-pop. Mapping out a retro-futuristic trajectory that stretches from the wide-eyed travails of the late-’60s through to the hard-edged  mind expansions of the 21st century, this collection of warped interstellar voyages is intent on taking the scenic route across the cosmic continuum.

The project took shape initially in snatched hours around Grant’s regular job as studio engineer at Newcastle’s Blank Studios. Not content with completely revamping this facility over the pandemic period, Rubber Oh initially took shape as a means for pure indulgence on the part of its creator, in which he could set about scratching every itch that he’d been forced to discard when working for others.

Paradoxically, certain rules of thumb were utilised, with each track constructed in counter-intuitive approach to the riff-driven world of his main band – across a subterranean low-end bedrock of two bass guitarists, a complete absence of cymbal wash, and only single notes allowed on guitar. While Grant performed the majority of the music, help from friends and acquaintances was enlisted, such as Pigs’ Chris Morley on drums as well as Matt Baty (Pigs x7) and Beth Jeans Houghton (Du Blonde) counting amongst the backing vocalists, all amidst a wash of celestial ambience and curlicues of analogue synth.

To Be The Mariner

You’ll Feel Better In the Morning 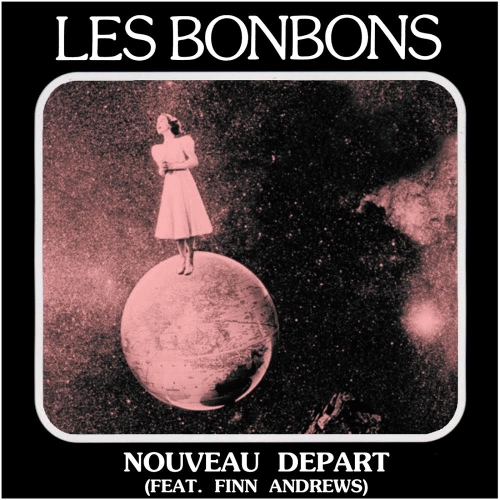