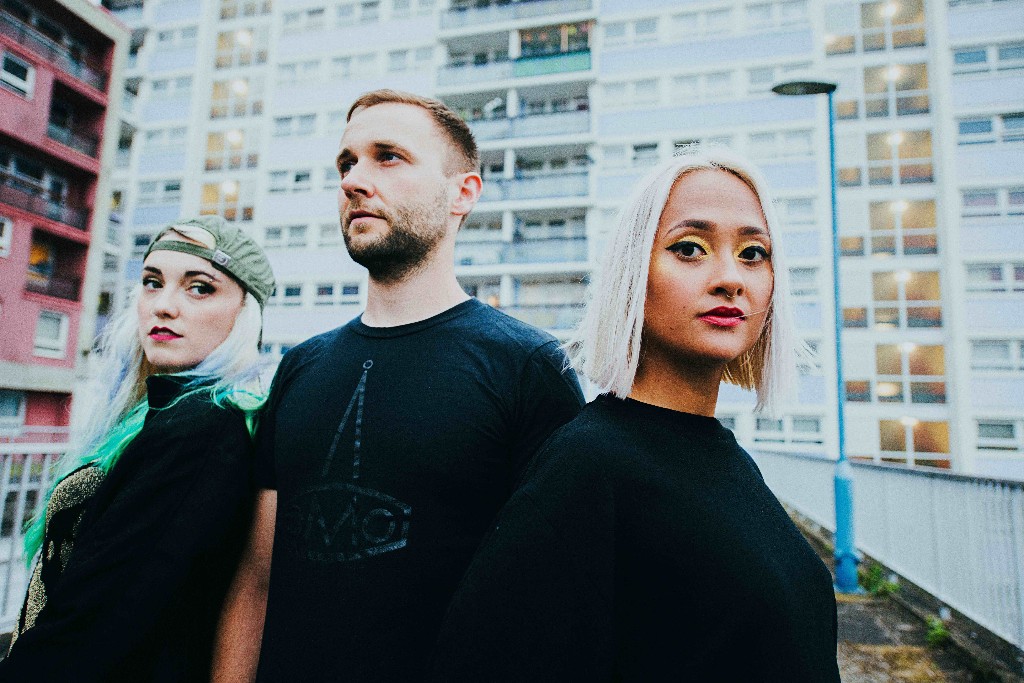 Alternative trio Sœur release new single Track Back, ahead of their performance at ArcTangent festival. Demonstrating a new strength to their sound, the single showcases soulful vocals, surrounded by grungey riffs and a meticulous ear for melody.
“Track Back is about making mistakes and feeling like you can’t get back up again. Everyone feels like that at some point, and it’s really important to understand that everyone makes mistakes and that it’s okay. I pretty much feel like that every day – like I’ve messed up however big or small, and knowing that it’s normal and not something to be ashamed of that means that I’m able to shrug it off. Taking responsibility and apologising is really important in being able to move on in my experience”- Tina, vocals & guitar

Sœur are a brutal, soulful assault on the senses. Hailing from Bristol, the three piece are bound together through experience and appreciation of British alternative music. The band title, French for ‘sister’ in itself represents this union.

Dual-fronted by Anya Pulver and Tina Maynard, and completed with James Collins on drums, Sœur are an unstoppable live force, with their incendiary live shows selling out in dive bars and clubs across their native South West. Live highlights to date include support to Demob Happy, Yonaka, Idles, Husky Loops and Estrons, alongside the likes of Reading & Leeds, 2000 Treesand Dot To Dot festivals. Wearing soulful, poppy melodies that are drenched in grungey undertones, topped off with a measure of math rock aggression and structure, Sœur are anything but predictable.

The band released their first EP What Separates Us in 2017, before dropping their standout single No Fire. With a sound that roars with ambition, Sœur  perked up the ears of BBC Radio 1 Rock Show, who invited the band for a Maida Vale session last year, alongside the likes of Vulture Hound and Total Guitar Magazine.

“We don’t quite fit snugly into a particular scene but instead exist on the fringes of a few different ones. The three of us have very different musical backgrounds and influences (though there are some obvious overlaps) and that creates a really nice push-pull effect when writing, which naturally sets us apart genre-wise. I think being dual-fronted is still a really interesting set up which opens up so many options to us, as well as alleviating some of the creative pressure a sole frontman might experience.

We love to play with intricately intertwined vocals, switching up harmonies and creating rhythms that both syncopate and synchronise in a matter of seconds. We definitely always intended on writing short, catchy, poppy songs but we also wanted to be heavy and angsty and riffy. I think it’s fun to win over our more poppy fans to the heaviness and vice versa. A lot of people who see us say it’s not the sort of thing they are usually into but that we won them over anyway. I love it when that happens!”
– Anya, vocals & guitar

Having spent much of 2018 working on new material, Sœur  are on the brink of an exciting new chapter. Watch this space for further news.