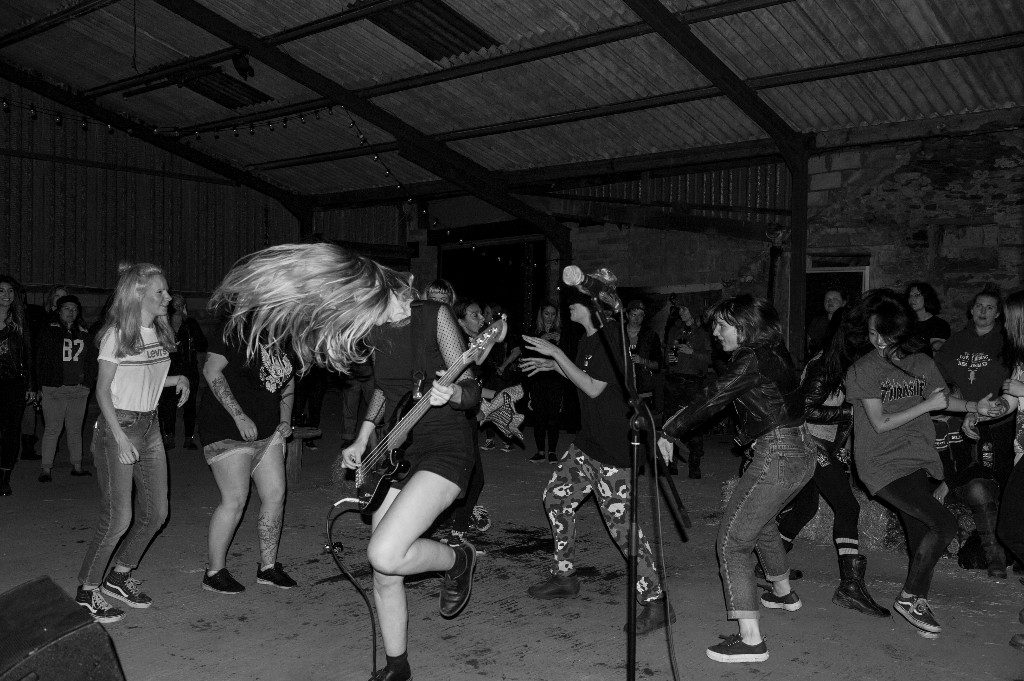 “The music industry really feeds toxic masculinity by putting male artists on a pedestal,” observes Slowcoaches vocalist / bassist Heather Perkins. “’Complex’ is a response to the sexual assault allegations against artists that were in the press at the time I wrote it. There’s still a really dirty side to the industry – particularly with the encouragement and portrayal of male artists in rock music to god-like status. All too often, the system is adhering to an archaic, misogynistic interpretation of ‘punk’ that makes guys think they’re invincible, that they have an authority over women’s bodies.”

She continues “It sweeps the artists up, way out of their depth, and then there’s no one there to support them in dealing with this stuff in the right way when they eventually get called out. We came up with the concept of the video when we were talking about this – the idea of a split self – that there are parts of the personality that are always hidden from view. Pulling the curtain away, kind of peeling back those layers – the bright light exposing all the grubby stuff underneath.”

A cutting observational slice of fervent grunged-up punk, ‘Complex’ is a first glimpse of what’s to come from Slowcoaches on their yet-to-be-finished second album which will be released at some point in 2018 via Leisure & District. The single will be available this side of the new year on screenprinted 7” vinyl, backed by a venomous cover of Fang’s ‘The Money Will Roll Right In’.

The band’s no holds barred live show will hit the road this month as the band undertake a 13-date headline tour of the UK, followed by some shows in Germany to round off the year.