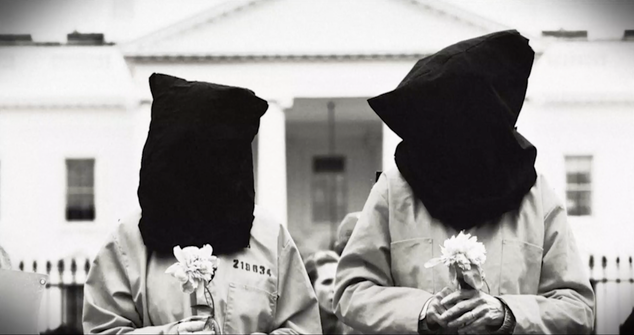 Planet B is the project from Dead Cross bassist Justin Pearson and Luke Henshaw (Sonido de la Frontera). The duo’s music lays somewhere just out of reach of genre, with aesthetics rooted in hip hop, hardcore punk, turntablism, and 70s-80s horror movie soundtracks, all of which influenced this remix.

Justin says of the video: “This is meant to be an extension to the original “Church of the Motherfuckers” video. Perhaps an interpretation but a realistic view of organized religion in the real world, and in modern times, which is unfortunate. Are we all free in this world? This is Jesus Christ, this is religion.”

The original version of “Church Of the Motherfuckers” appeared on Dead Cross‘ self-titled debut full length. On the album, each member, also featuring Michael Crain, Dave Lombardo and Mike Patton, play to their individual strengths, sounding angrier than any of them have in years, and this musical union also delivers some magical, unexpected ideas, outside the rigidity of the genre, making Dead Cross one undeniably fun album.

Merge Records celebrate their 30th birthday with a 4 day festival in North Carolina this summer!