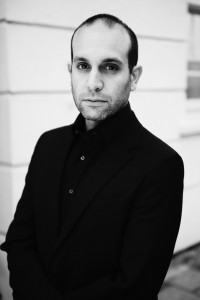 All tickets on-sale at sensoria.org.uk

This year’s Sensoria Festival promises a packed programme of live music, outdoor cinema, immersive events and film screenings across Sheffield. Taking place from 27 September – 6 October, the festival has expanded to 10 days in its 10th year and covers the theme ‘Senses Working Overtime’.

The event will see live sets (many for the first time in Sheffield) from BEAK>, Ex-Easter Island Head, The Will Gregory Moog Ensemble (Goldfrapp), International Teachers of Pop (The Moonlandingz), and The Everly Pregnant Brothers’ Dare performance, plus Glasgow-based artist Robbie Thomson who harnesses the sonic capabilities of the Tesla coil in his XRFMR visual performance, as well as Indiana-based electronic producer, Jlin.

Industry events include SensoriaPro, Composing for Film – Masterclass with Ilan Eshkeri, the popular Scoring Contest and more. Sheffield Robotics will be on-hand to demo teleoperations of robots.

‘Steel, Street, Synth and Shutter’ is an exhibition of the work of Sheffield photographer Barbara Wasiak, who captured the city’s music and alternative culture during the 80’s and 90’s, as well as documenting lives of local people facing uncertainty during huge job losses in the steel, manufacturing and mining industries.

Full details of newly announced events are below, with more to follow in the coming weeks.

Will Gregory Moog Ensemble
As one half of the electronic music sensation Goldfrapp, the keyboard-player and composer Will Gregory is one of the UK’s leading advocates of using synthesizers and electronic instruments to create new sounds and reinvent old ones. The band perform a mixture of specially composed music, transcriptions of classical works, and their own versions of music from popular culture and film scores.
Saturday 6 October 7pm, Trafalgar Warehouse Sheffield. http://moogens.eventbrite.co.uk

Jlin + jme.osc
Jlin appeared first on Planet Mu’s second volume of “Bangs & Works” compilation, which had a huge impact on electronic/club music, bringing footwork to a wider audience. A protégée of RP Boo, Jlin hails from Gary, Indiana, a place close yet distant enough from Chicago to allow her to develop a different perspective on the genre. Her recent album “Black Origami” was one of the most critically lauded albums in recent years. This September the prolific producer will squeeze in her first live date in Sheffield, flying into the country just before premiering “Autobiography,” the score for her collaboration with choreographer Wayne McGregor. Audiences can witness a stark, startling performance from Jlin, forging the future of electronic music with her original experimental sounds.
Support comes from our ‘Beats Working Award’ overall winner ‘The Curious Machine’ who will perform at Sensoria under his new project name jme.osc.
Saturday 29 September Doors 8.30pm Tickets £10 adv. https://jlin.eventbrite.co.uk

Beak> + Ex-Easter Island Head
Mostly improvised and always inspired, the trio Beak> make for a mesmeric live experience bringing twisted, intelligent krautrock with driving, motorik beats. Hailing from Liverpool, Ex-Easter Island Head will provide an unmissable support with their percussive performance on horizontally laid electric guitars, and the two three-piece acts promise nothing short of a unique and memorable live gig. Beak>’s only live UK gig this Autumn before they head off for a US tour.
Thursday 4 October 7.30pm at The Foundry, Sheffield. Tickets:https://beak.eventbrite.co.uk

The Everly Pregnant Brothers do Dare
Sheffield’s ukulele supergroup The Everly Pregnant Brothers pay homage to Dare, the hugely popular, genre defining album by The Human League. Experience all the favourites, including ‘Don’t You Want Me’, ‘ Love Action (I Believe In Love)’ & ‘The Sound Of The Crowd’, in a pun-free live set. The Brothers, along with some special guests, will deliver their own unique interpretation of the Triple Platinum selling album (no pressure then) in its entirety for the first time as part of Sensoria’s opening weekend.
Saturday 29 September 7.30pm  Tickets £15 advance. https://epbdare.eventbrite.co.uk

XRFMR
Robbie Thomson harnesses the power of the Tesla coil, the 19th century invention that first made electricity visible. Thomson’s musical accompaniment – a soundtrack played on laptop and synth, by turns melodic and soothing, then pulsing, skittering and searing – strikes visuals from the coil, sending light signals flaring through the Faraday cage that contains it. A unique sensory phenomenon.

Industrial Accident: The Story of Wax Trax! Records
Northern premiere screening. Launched in Denver in 1975, founders Jim Nash & Dannie Flesher moved their small independent record shop, Wax Trax! Records, to Chicago in 1978 which quickly became a Mecca for fans looking for international New Wave, Punk Rock and Experimental music scenes that were being brought into the US for the first time. Wax Trax! then branched out into a quasi-legitimate record label. The release of Cold Life by Ministry set the stage for Wax Trax! to become America’s pre-eminent experimental label of the 1980’s and 1990’s.
Sunday 30 September 5.30pm, The University of Sheffield Drama Studio.

Olancho
UK premiere. Honduras is a violent country: it’s tough to eek out a living and even making music can be a dangerous activity, especially when the drug cartels become involved. This is the story of a group of musicians who make stark choices, at times having to entertain the very cartels threaten the lives of friends and family.
Monday 1 October 6.20pm, Picture House Social Mini Cinema

Studio 54
Special presentation of the new documentary that covers both the dazzle and the dark side of the hedonistic 1970s nightclub. The event will include some local screen heritage material and an after-party.
Saturday 29 September tbc. Venue tbc, check website www.sensoria.org.uk for details.

Sensory Wine Tasting with Starmore Boss
Taste a variety of wines from the experts at Starmore Boss and gain an understanding of how your surroundings might affect your senses.
Friday 28 6.45pm, Saturday 29 September 4.30pm, APG Works 16-20 Sidney St, Sheffield. Tickets £12adv. https://winewithstarmore.eventbrite.co.uk

SynthFest UK
Created by Sound On Sound magazine, in partnership with Sensoria, to give over 40 companies of all sizes an opportunity to showcase their synth products in front of the public. A packed Seminar Programme includes The Trautonium, Deconstructing the Dr Who Theme, Martyn Ware, Delia Derbyshire Archive.
Saturday 6 October 10.30am – 6.30pm The Octagon Tickets £10 advance: https://synthfest.eventbrite.co.uk

SensoriaPro
A unique, informal gathering of composers, filmmakers, music publishers, music supervisors and festivals all under one roof to discuss the latest developments in music and the moving image.

Composing for Film – Masterclass with Ilan Eshkeri
Ilan is an award winning British composer whose extensive catalogue of film and television work includes multiple Oscar and BAFTA-winning films, ranging from Still Alice and The Young Victoria through to Shaun The Sheep. Recently, he has co-created two ballets and composed music for astronaut Tim Peake’s Principia mission to the International Space Station. Eshkeri was also commissioned by Burberry for their game-changing autumn 2016 fashion show in London. He will give some insights into composing for film and also talking about his very successful and varied career.

Panel session – Sound: New Sensations
This session will look at how we listen, plus how acoustics and immersive audio could make a difference to our future listening experiences. Guests include: Trevor Cox, Professor of Acoustic Engineering at the University of Salford who will be talking about and demonstrating, his S3A Spatial Audio Project (3D sound production that dynamically adapts to the listeners’ environment.)

The Value of Publishing in 2018
With record levels of royalties being collected and distributed to music creators, in particular revenue from music played via online platforms, this session aims to analyse, discuss and de-mystify the money paid by digital service providers (Spotify, Facebook, Netflix, GooglePlay, Apple Music, YouTube, Soundcloud etc.). Panelists include a representative from PRS for Music who will also be shedding light on the new Broadcast policy changes and it’s effect on publishing income.

Scoring Contest
A unique opportunity for delegates to score or place music to the teaser trailer for a new film The Runaways with the chance to have their submissions critiqued at SensoriaPro by a panel of industry experts led by Ian Neil, Head of Music for Film, Sony.

Funding for Musicians
A guide to the various avenues for funding and support for musicians at every stage in their career. Hosted by music consultant Phil Patterson.

Sheffield Robotics will be on-hand to demo teleoperations – you can come and say hi to Pepper the robot.
Friday 5 October 10am – 4.30pm https://sensoriapro2018.eventbrite.co.uk

Photography exhibition – Steel, Street, Synth and Shutter
A comprehensive retrospective of the work of photographer Barbara Wasiak, who captured not only Sheffield’s music and alternative culture but also the concurrent social change that took place during the 1980’s and 1990’s. She started freelancing for the NMEin the early 1980’s, photographing live music performances across the North and her photography became in demand by Sheffield bands and solo artists. Her archive documents the evolution of numerous artists’ careers, including Cabaret Voltaire, CHAKKand Forgemasters. She captured those who were to become international stars such as Richard Hawley, Roisin Murphy and Pulp at the inception of their careers.
At this time, Sheffield was undergoing major upheavals with huge job losses in the steel, mining and manufacturing industries and great swathes of Sheffield were being demolished. Youth unemployment was high and there was public anger at the privatisation of public assets and the introduction of the Poll Tax. Barbara was keen to document the lives of the Sheffield people and the changes that were occurring all round them. With her unique eye she not only created a visual record of Sheffield in a time of flux, but also captured the grit and humour of its people.
27 September – 6 October 2018 – Trafalgar Warehouse 2, Sheffield
27 September 6.30pm – 11pm – Preview and opening night party –  £10, ticket link tba.

There are plenty more screenings, gigs, exhibitions and talks to be announced over the 10 days – do keep checking for news onwww.sensoria.org.uk  and @SensoriaFest 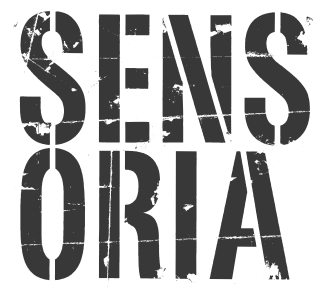 Bella Union Announce All In One Vinyl Reissue due 22nd July