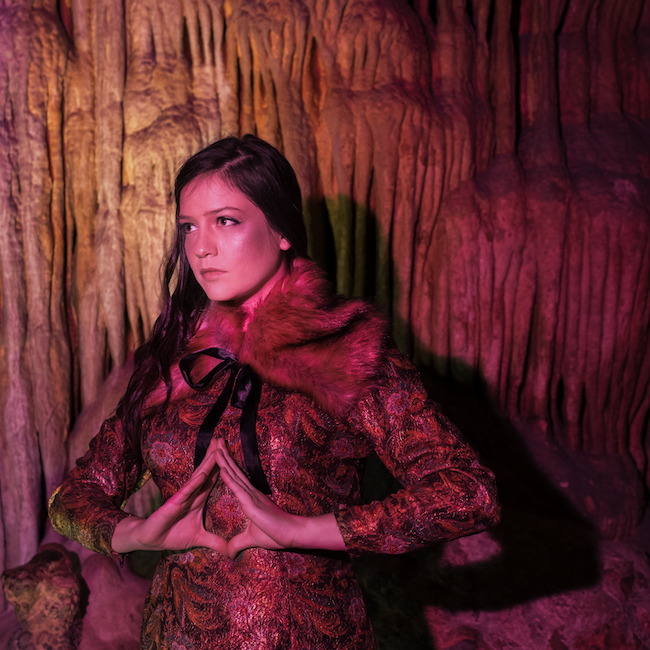 LONDON SHOW AT THE ISLINGTON ON 24th SEPTEMBER

“Domestic and wild, urban and rural, ancient and modern; Hartman is a fabulous host to these different worlds” Q

“Teetering on the darker side of the folk spectrum while convening with the ghosts and musical traditions of the past, Hartman immerses the listener into her self-described world of “cowboy soul” The Line Of Best Fit

Following the release of first two singles ‘Misery’ and ‘Sweet Teeth’, Odetta has now unveiled new track ‘Widow’s Peak’. ‘Widow’s Peak‘ begins as a dusty banjo dirge but soon opens up into a sublime wall of sound comprised of strings, drum machines and deep bass. A sonically diverse palette of sounds that only Odetta Hartman can conjure up. Odetta says about the track: “Sometimes lightning strikes and an entire song reveals itself in an instant. Sometimes I feel like a vessel, channeling stories from beyond, and this spooky tale certainly sounds like it came from another world. With the intention of playing a fiddle solo, I sound-checked the violin in multiple rooms. Thanks to a happy accident, we played back all of the test takes together and fell in love with the wall of sound. At the end, we featured a prayer call & street sounds from our walk through Fez. Of all the songs on the record, I am most proud of this composition.”

As previously announced, Odetta will perform at The Islington, London on 24th September. Further dates to be announced soon.
Monday 24 September – The Islington, London – TICKETS
‘Old Rockhounds Never Die‘ is a bonanza of beautiful contradictions: intimate yet fiercely internationalist, spiritual and yet tangible, sweet and also sexy. It convenes with the ghosts of the past while marching relentlessly forwards.
Drawn from experiences as far-flung as riding a train from San Francisco to Chicago with an old-style, rootin’-tootin’ cowboy for company (‘Cowboy Song’), to experiencing the intense natural beauty of Icelandic waterfalls (‘Dettifoss’), it’s a record that taps into the musical traditions of the past while being a collection of songs about living in the moment.
Raised by pioneering parents on the Lower East Side of Manhattan, NYC, Odetta’s milieu was a “colourful culture of artistry,” that included early exposure to community activism, renegade film screenings, poetry readings and trips to CBGB’s. Inchoate punk and hip hop were aural wallpaper, as were the 45s spinning in the household jukebox featuring her dad’s extensive collection of soul and afrobeat records, as well as her Appalachian mother’s classic country selections. A classically trained violinist with a penchant for back-porch banjo, Odetta combines these variegated sounds of her childhood with her personal passion for folk music and the musicological legacy of Alan Lomax. Lomax is writ large on ‘Old Rockhounds…’ at least in spirit anyway. Odetta plays all the instruments on this and her debut ‘222’.
And yet, ‘Old Rockhounds Never Die‘ also embraces modernity without ever sounding incongruous. The mix of manipulated 21st century beats and the musical traditions of centuries meet at a crossroads and consummate their curiosity without inhibition. It’ll probably not surprise anyone listening to the album then that its a co-production. Odetta writes and performs all the songs while her partner Jack Inslee is in the background bringing the digital dark arts. Experimenting with found sounds & foley, the two have developed a sonic vernacular built around playing around with a-typical instruments.
The first fruits of this experiment were borne on the aforementioned, critically acclaimed 222. ‘Old Rockhounds…‘ takes the blueprint and improves upon it, with songs yet more vivid, sensual and cinematic or, as NPR observed in their recent premiere of ‘Misery’, “like so much of Odetta Hartman’s music, it draws from many styles and eras at once, while sounding like nothing and no one else.”
www.facebook.com/odettabesshartman
www.twitter.com/odettahartman