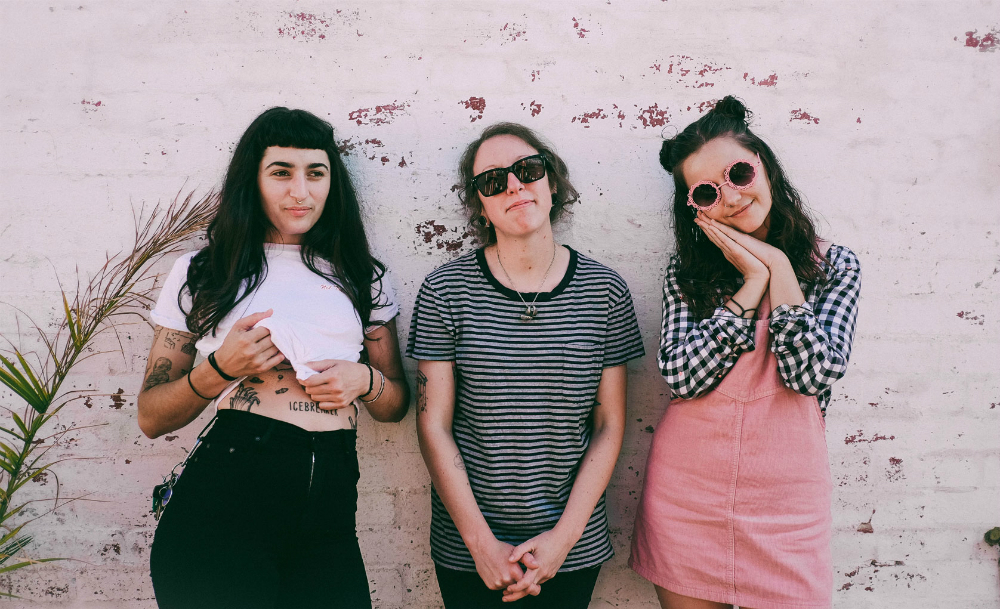 “Put simply, it could easily be one of the most important albums of the year.” – London In Stereo

“as personal as it is political, with the trio refusing to be quiet, back down or be complacent.”
– The Independent (4/5)

“They burn with the same messy feminist punk fire of Kathleen Hanna, Liz Phair, or even Lady Gaga-personal-political to the max, unapologetically loud and unwilling to settle for anything less than a radical overhaul of The Way Things Work.” – Pitchfork

Camp Cope released their highly acclaimed second album ‘How To Socialise & Make Friends’ via Run For Cover earlier this month. Its importance has been noted and lauded by fans and critics alike and the album debuted at Number 6 on the ARIA album charts in the trio’s native Australia, where it was released by indie Poison City Records.

The record celebrates the joys of being an independent unit and knowing who you are without any influence from external factors. ‘How To Socialise & Make Friends’ anchors on the cycles of life, loss, and growth through resilience, and those moments of finding and being yourself. Throughout the nine songs that comprise the album, it becomes clear that, if their 2016 self-titled debut was the spark, this is Camp Cope on full-fledged fire, stronger and more focused than ever.

Having just wrapped up a largely sold out headline tour of Australia with support from Chastity Belt, Camp Cope have also now announced a US Tour with Petal this summer.