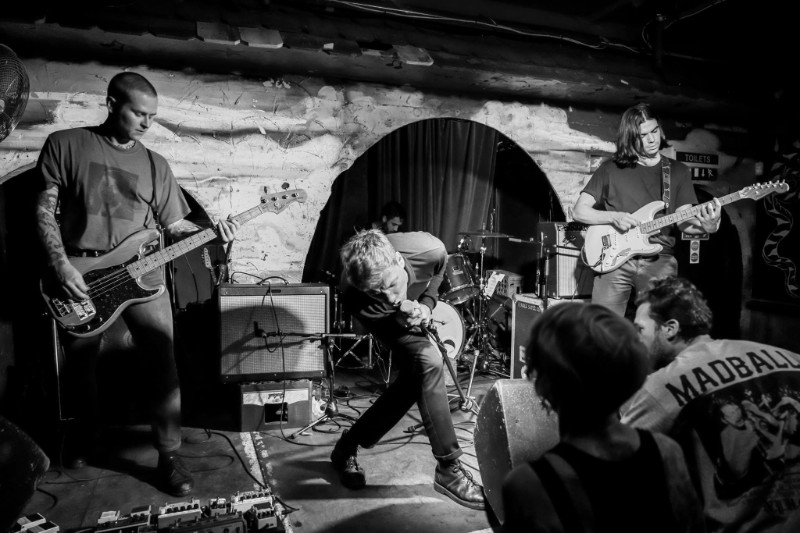 PLUS headline show at The Waiting Room, London on International Workers’ Day (1st May), to raise funds for ‘People For People’ – a locally-run community group in Stevenage.

Bad Breeding have today returned with a brand new track – a riotous, impassioned statement about the frustration of the UK’s marginalised majority – Abandonment. The Stevenage-based anarcho punks have just signed to One Little Indian Records for the release of their 12″ EP of the same name. The band’s affinity to label founder Derek Birkett’s ‘80s punk band Flux of Pink Indians made OLI a natural home for the political punk band, as well as their now-label-mate Crass’ Penny Rimbaud.
On ‘Abandonment’ they present four tirades for the relegated, with title track Abandonment – the first single from the record – depicting the pull between young and old in society.

Chris Dodd from the band comments about the track: “My dad’s the son of a German immigrant who moved to the UK during the post-war years. Last summer, we went through some old letters he wrote to his parents when he was younger and it got me thinking about the endurance of infantilisation between generations. The lyrics in Abandonment are me drawing some similarities between those letters and the prevailing system that dominates now: how I find myself on the end of an unwanted legacy of obligation, of indebtedness, to a culture that has continually prioritised the comfort of the present over the prospect of any sort of just, or even foreseeable, future.”

The track was captured on the eve of a European tour, in one room in Berlin with Ben Greenberg (Uniform) at the controls. The result captures all the urgent turbulence of their live show, bristling with an uncontained power.

In a concussive punk music that embodies the oppressive discontent of the present, Bad Breeding ignite a mayhem that is unfiltered, incisive and furious. The way the voiceless are excluded, the insidious process by which privatisation and social cleansing has fractured communities, the manipulation of pride and patriotism, the corrupt conditioning of an exploited population. Many of these bleak schisms and failures of the current moment are confronted and torn into, in a ferocious response to contemporary malaise.

Whether or not all of this converts the doubtful hardly matters. The energy presented here doesn’t lie. Noise like this could only have come from the exiled and suppressed. Amongst a culture littered with modish attempts at ‘political’ music, egocentric performances of online outrage and compromised media commentary, Bad Breeding engage in an honest and attentive fury that avoids ulterior motive. True to themselves and where they come from, the band fix upon an irrepressible surge of agitation that is, in every sense, important at a time when ‘profit negates life’, when the neglected are ‘left to sink’ and when there seems to be ‘no end to disillusion’.

Bad Breeding will be hosting a headline show in support of the EP at The Waiting Room in Stoke Newington on International Workers’ Day (1st May 2018) to help raise funds for People for People – Stevenage, a locally-run group that provides relief for marginalised sections of the town’s community. 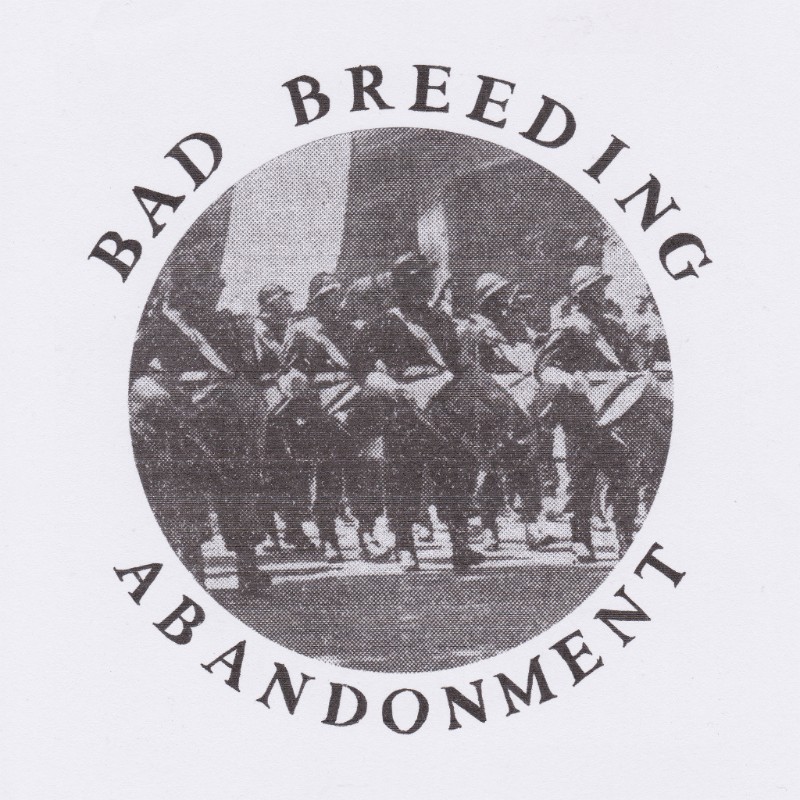