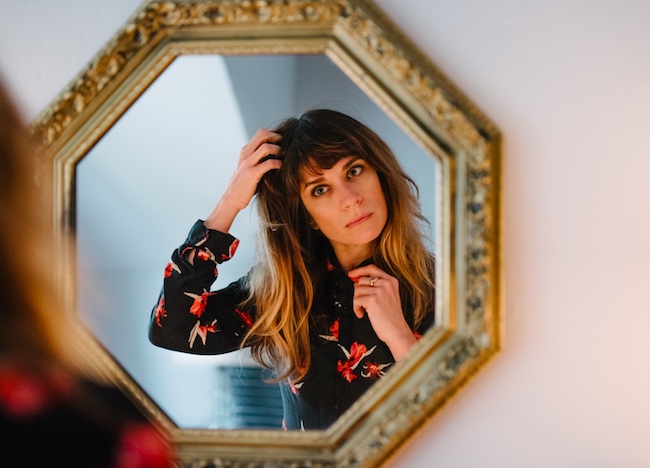 Nicole Atkins, who released her new album ‘Goodnight Rhonda Lee’ through Single Lock last year, returns to the UK this month for a string of shows.

Nicole has also shared the fantastic video for ‘Brokedown Luck’. Filmed at The Asbury Hotel in Nicole’s hometown Asbury Park, NJ, the video was directed by puppet maker/director Kevin Kelly and it ‘stars’ Elvis, Hunter S Thompson and Floyd from The Shining. Nicole says “When I was a kid there was so much cool stuff on tv to get into. I was obsessed with puppets, claymation and animation like Jim Henson’s Fraggle Rock and Gary Panter’s puppets and art in Pee Wee’s Playhouse and even the little David Lee Roth singing cheeseburger dude in the movie “Better Off Dead.” Those things stuck with me for my whole life. It was always a dream of mine to be able to combine some of those elements along with my music in a video.”
Produced by Niles City Sound (Leon Bridges), with additional mixing by Ben Tanner (Alabama Shakes) in Fort Worth, TX, ‘Goodnight Rhonda Lee’ feels like an instant classic brimming with timeless songs that were written during a time of deep self-examination for the New Jersey native, now Nashville resident. The album features co-writes with friends Jim Sclavunos of the Bad Seeds (‘A Night of Serious Drinking’, ‘Brokedown Luck’) and Chris Isaak (‘A Little Crazy’).
The direction in which these songs were headed was obvious. Nicole’s voice had always recalled a classic vinyl collection. She is the heir to the legacy of “Roy Orbison, Lee Hazelwood, Sinatra, Aretha, Carole King, Candi Staton.” She is untethered to decade or movement or the whim of the hipster elite.In order to capture the timelessness she sought, Nicole enlisted a modern day Wrecking Crew: Niles City Sound in Fort Worth, TX, who had just risen to national acclaim as Leon Bridges’ secret weapon. “We spoke the same language. We wanted to make something classic, something that had an atmosphere and a mood of romance and triumph and strength and soul.” The album was recorded in five days, live to tape. The album that Nicole and the boys came up with in those five days, ‘Goodnight Rhonda Lee’, is nothing less than great art and a quantum leap forward for Nicole Atkins who, no matter how much she grows up, will always be a little crazy.
STREAM ALBUM ‘GOODNIGHT RHONDA LEE’ HERE
www.nicoleatkins.com

Rosie Carney announces new EP and shares song “when i look at you.”