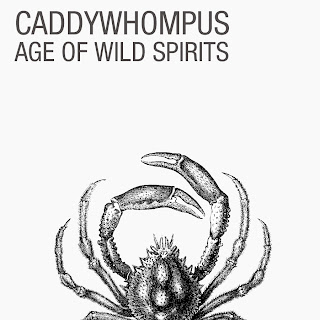 Last month we featured Chris Rehm the musical machine and touched up on his musical endevours including band Caddywhompus. This month Caddywhompus, the noisy guitar and drum duo in New Orleans  needs YOU.
Both Chinquapin Records. and Community Records have teamed up to bring you Caddywhompus’ single Age Of Wild Spirits taken from the forthcoming album, The Weight. The Full EP will be available on both the above records’ sites in May 2011.
However with a sneaky yet very beneficial twist for us all, if the featured single is downloaded from both websites a combined total of 7 500 times, the album will be released early and will remain to be 100% free.
So What are you waiting for?
Help these men out by resharing, reposting, reblogging this page and their link and of course download the single for free- AGE OF WILD SPIRITS DOWNLOAD
That link again is –
http://www.communityrecords.org/ageofwildspirits
Copy it to facebook, tumblr, twitter, myspace, blogspot and in doing so give Circuit Sweet a shout out when you come to download.
The colloquialism “caddywhompus” is defined by such adjectives as “uneven,” “crooked” and “out of whack”—a list which could, in some instances, allude to the mind-bending sounds of the experimental noise-pop band who bears said name but whom can otherwise be described thus: spot on. Quasi-fraternal twins Sean Hart (drums) and Chris Rehm (guitar/vocals) have been playing music together since their middle school days, establishing their most serious project to date in September of 2008.