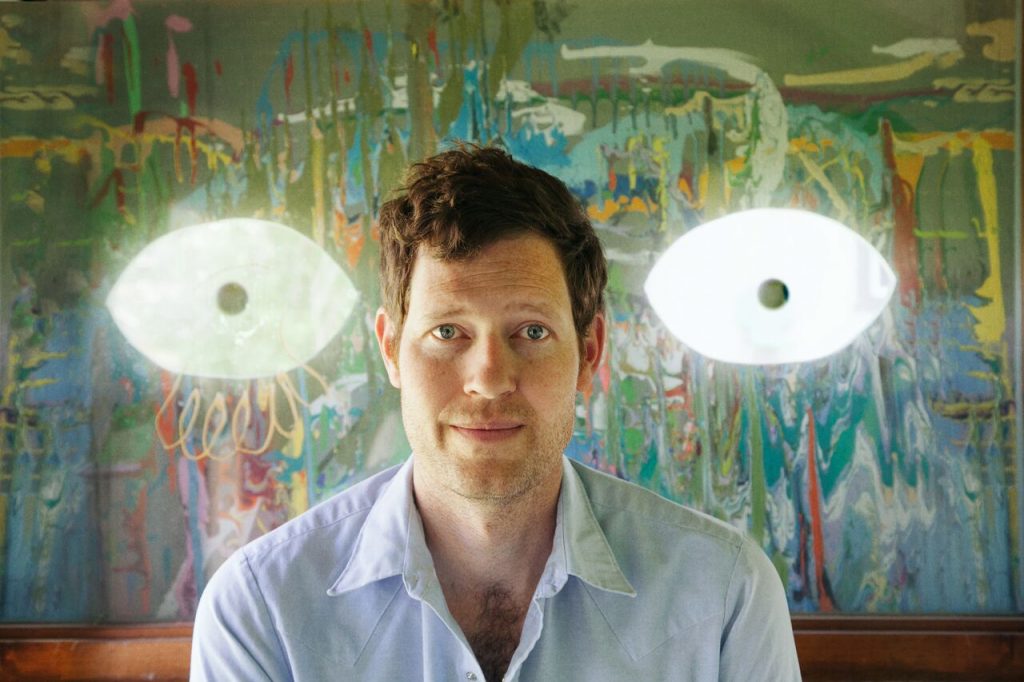 Ahead of the release of his new album, Light Information, via Sub Pop (Flemish Eye in Canada) on September 8th, Chad VanGaalen has shared a new track, accompanied by one of his infamous fantastical self-animated videos.

In “Pine and Clover” a shapeshifter is born with the inability to form memories. It transforms into whatever creature or object it senses to be closest to it in the moment, but then cannot remember what it was previously. It seems to have no sense of self, whatsoever. This is what VanGaalen imagines: “humans will end up being, or possibly have been.”

Created by VanGaalen himself, the “Pine and Clover” video is a combination of hand drawn cell animation, claymation and paperless 2D animation. As the singer describes it:  “The style and economy of the animation is governed by my ability to sit in a chair and draw for as long as I possibly can without being distracted by my beautiful vegetable garden. Because of the garden and its beauty, I have been inspired to make most of the environments similar to what I see in the garden, so needless to say there is a lot of lettuce.”

For an album that’s about “not feeling comfortable with really anything,” as VanGaalen says, his sixth album, Light Information, is nonetheless a vivid, welcoming journey through future worlds and relentless memories. Throughout the dark-wave reverb of Light Information are stories of paranoia, disembodiment, and isolation–but there’s also playfulness, empathy, and intimacy. The rich soundscapes and sometimes jarring imagery (“I’ll be the host body, yes, for the parasitic demons. They can eat me from the inside out, I already hear them chewing.”) could only come from the mind of a creative polymath–an accomplished visual artist, animator, director, and producer, VanGaalen has scored television shows, designed puppet characters for Adult Swim, directed videos for Shabazz Palaces,Strand of Oaks, Tanya Tagaq, METZ, Dan Deacon, and The Head and the Heart, and produced records forWomen, Alvvays, and others.

As always, VanGaalen wrote, played, and produced all of the music on Light Information (save Ryan Bourne’s bass part on “Mystery Elementals” and vocals on “Static Shape” from his young daughters Ezzy and Pip), and designed the cover art. The product of six years’ work, going back even before 2014’s Shrink Dust, Light Information emerged from the experimental instruments that fill VanGaalen’s Calgary garage studio.

Light Information is available for preorder now from Sub Pop and Flemish Eye. LP preorders of the album from megamart.subpop.com will receive the limited Loser edition on crystal clear vinyl. There will also be a new T-shirt design available. The limited Loser edition LP will also be available from select UK independent retailers on clear vinyl. Additionally on September 8th, Sub Pop will release a repressing of VanGaalen’s Infiniheart, his beloved and long out of print (on vinyl) 2005 debut on 2xLP and Turquoise vinyl.