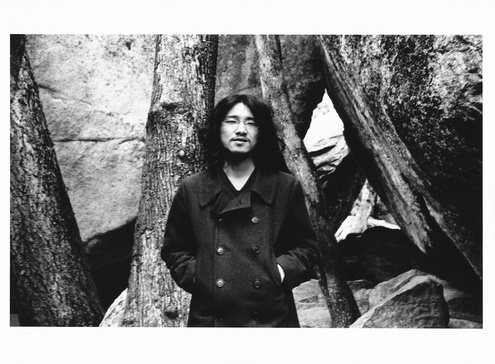 ROOM40 to release Mirage by Chihei Hatakeyama this June
“Music is liquid architecture; Architecture is frozen music.” ― Johann Wolfgang von Goethe
The relation of sound and architecture has been a recurring theme across the centuries. The earliest examples of sound design stem from the interaction of human voice and various architectural spaces used for worship and ritual. It is these sonic reflections on ritual that are at the root of the latest edition from Japanese ambient maestroChihei Hatakeyama.
Recorded over the period of five years, Mirage is a meditation on the phenomenology of music and architecture. During a field trip to Turkey, Hatakeyama became acutely aware of how architecture shapes sound and through doing so effects the very nature of music’s resonance. This condition extends beyond the personal into the collective, creating a certain condition of aurality that operates at a societal level.
VIEW “STARLIGHT AND BLACK ECHO” VIDEO
Walking through the labyrinthian bazaars of Turkey, Hatakeyama took inspiration from the way sounds emerged and decayed within those spaces. Looking to replicate these experiences in the creation of the album, he developed a series of new processes and transformations that expanded his approach to textural music. Weaving in location recordings from these spaces, the record began to take on a hazy abstruse quality; the unfamiliar familiar.
As the name suggests, Mirage is about the apparent phenomena that exists only in our perception. Like a strong memory, which can feel so very present yet remain intangible, Hatakeyama’s music on Mirage maintains a lucid but utterly transcendent quality.
ABOUT
Chihei Hatakeyama is a sound artist , an organizer and mastering engineer born in 1978. He lives in the Tokyo. Originally a guitarist, his start in music came during his teen years playing in Tokyo metal bands. Gradually his focus shifted to more adventurous sounds and it was during this time he began to work more exclusively in a solo format. Hatakoeyama produces polychromatic, memory-evoking sound- scapes with various recorded materials sourced from acoustic instruments such as guitars, vibraphone, and piano. His work is a meeting of the gestural language he has developed for his instruments and expansive processing via a variety of acoustic and digital sources.
MIRAGE
A 1 Sad Ocean
A 2 Starlight And Black Echo
A 3 Bus Terminal In Konya
A 4 Voices On The Corner
B 1 Distant Steam Train Whistle
B 2 Anatolia Mirage
B 3 Phantom Cats In Cathedral
B 4 A Silence Of Day
B 5 In The Quiet River
ORDERING LINK: http://emporium.room40.org/products/591151-chihei-hatakeyama-mirage
ROOM40.ORG

Matt and The Beanstalk single ‘Symphony’ is out now!