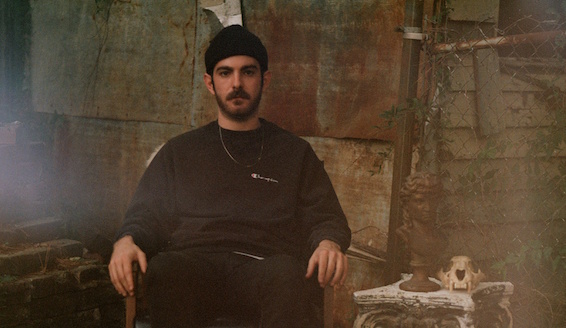 New Orleans synth-pop auteur Val Hollie is excited to share his new single “The Man Who Has Dreams” today with Uproxx. Val Hollie’s Peter Campanelli is busy working on his full length debut and in anticipation of the release he’s sharing a few stand alone singles beforehand. “The Man Who Has Dreams” is the first of these singles, a song that captures the easy going synth-pop vibes of the 80’s with a jangly melody and a grooving bass line. As Campanelli’s vocals come into the picture, his voice floats against the programmed drums and whirring pop splendor. It’s simultaneously wistful and anxious, true New Orleans magic.

“…Peter Campanelli, a man who is definitely fascinated with pop music, but manages to imbue a genre often dismissed for its flightiness with songs that are anchored in deeper, soulful rhythms … the first new track from those sessions, the loping ’80s psychedelic pop of “The Man Who Has Dreams.” Even though it may be slow for a pop song, the track never falters in its jaunty, careening strut.”

Val Hollie is the alter ego of Peter Campanelli, a New Orleans-based singer, songwriter, and producer with an affection for the shimmering pop music of the late ’70s and ’80s

2015’s Val Hollie EP grew out of an ongoing collaboration between Campanelli and Ross Farbe [Video Age], for which they built a recording studio inside of a gutted house. Using Val Hollie songs to test their new recording space, the pair came away with six warbly tracks that delight in their own dazed revelry and harken back to the post-punk sounds of the ’80s. The debut EP drew comparisons to bands like Orange Juice, Ty Segall, and Ariel Pink.

Val Hollie is currently in the studio working on a full-length album, and has been booked as direct support for Fever The Ghost, Shmu, Warehouse, The Soft Moon, and Delicate Steve.