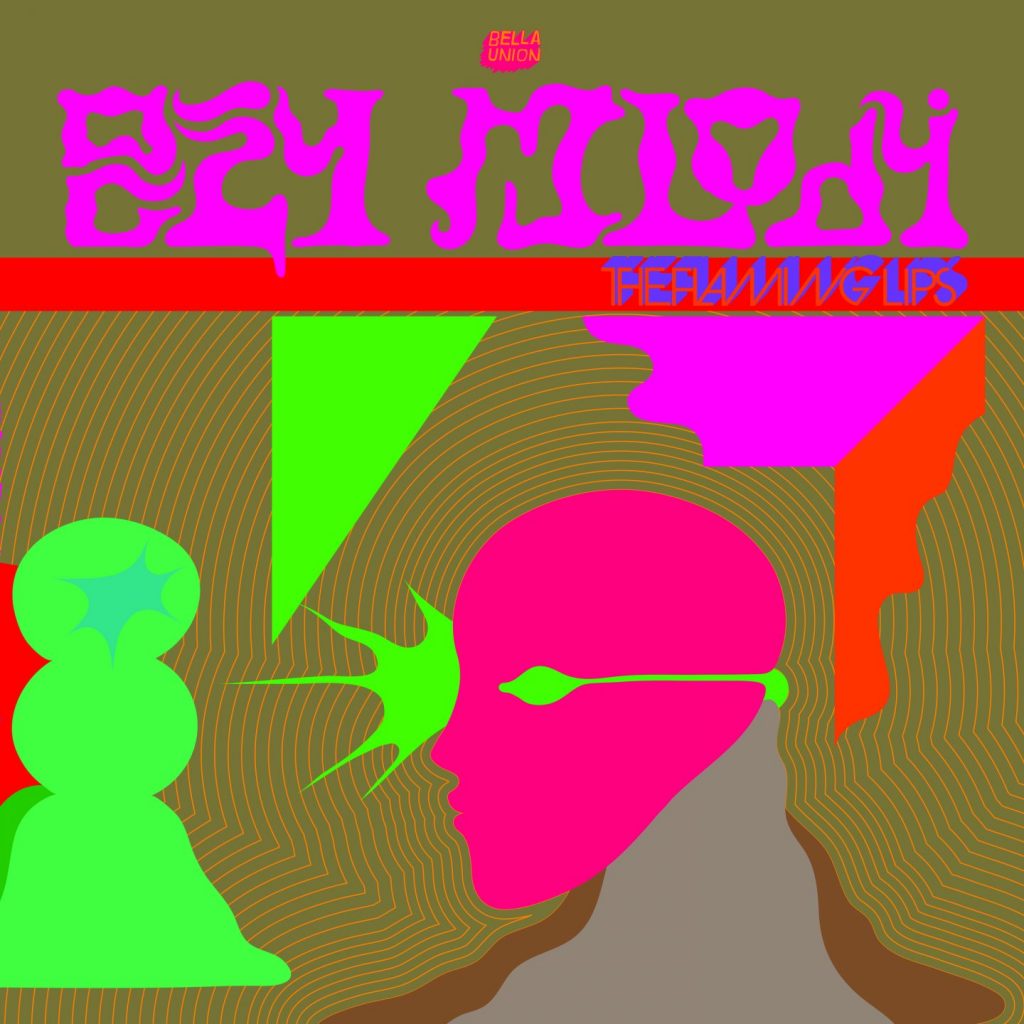 The Flaming Lips have always been a band that does things on their own terms, from their earliest albums like Hear It Is and Telepathic Surgery to their commercial breakthrough albums The Soft Bulletin and Yoshimi Battles The Pink Robots to their reimagining of classic albums like Dark Side Of The Moon and beyond, they have always done whatever they have wanted musically has felt right to them and this continues on their new album Oczly Mlody.

The album commences with the beautifully low key title track, a wonderfully melodic and hazy soundscape that prepares the listener for the musical journey ahead before it switches tact at the end of the song and morphs into the equally hazy How??, a song that introduces frontman Wayne Coynes distinctive vocals on this album and a song that is initially as low key as the opening track but one that transforms into something more anthemic from the band. Coynes vocals soar over a bed of sounds a mixture of crunching electronics and a more floating type of vibe and when those vocals kick in, you realise how much the world has missed a new Flaming Lips album and the type of uplifting music that they are renowned for.

Those electronic elements continue on the wonderfully titled There Should Be Unicorns, an off kilter and trippy track with Coynes vocals overtaken at the songs conclusion with some commanding and bizarre vocal samples. Sunrise (Eyes Of The Young) is the most melodic thing on the album and is as epic as it is catchy although it does catch you off guard when the song suddenly changes into something a little more melancholy but is still ultimately uplifting for sure.

The next two complement each other well, Nigdy Nie (Never No) is a track that has a Lo-fi psychedelic charm and is perfectly placed to fit before the majestic Galaxy I Sink crawls into play and crawl it does with a shimmering backing preceding  a gentle acoustic strum before a sublime orchestral flourish kinks into life and elevates the track superbly.

Continuing the album and the bands talent for brilliantly naming their songs is One Night While Hunting For Faeries And Witches And Wizards To Kill, a sprawling as well as catchy masterstroke of a tune. As with the the bands vast back catalogue, the element of psychedelia is strong on Oczly Mlody and this is best demonstrated on Do Glowy and Listening To The Frogs With Demon Eyes, which are both perfect examples of that Flaming Lips sound. The album is a dream to listen to and a fine addition to the Flaming Lips legacy up until this point but the band leave the absolute best util last and round off Oczly Mlody with a trio tracks that are thoroughly brilliant and finish the album off perfectly. The glorious and ambitious The Castle, the uplifting beauty of Almost Home (Blisko Domu) and the closing electronica of We A Famly, a track that has the energy and feeling of UK dance heroes like Rustie and Hudson Mohawke wrapped up in that Flaming Lips vibe with guest vocals from longtime Lips friend and collaborator Miley Cyrus.

A sprawling and epic trip of an album, it’s great to have The Flaming Lips back.