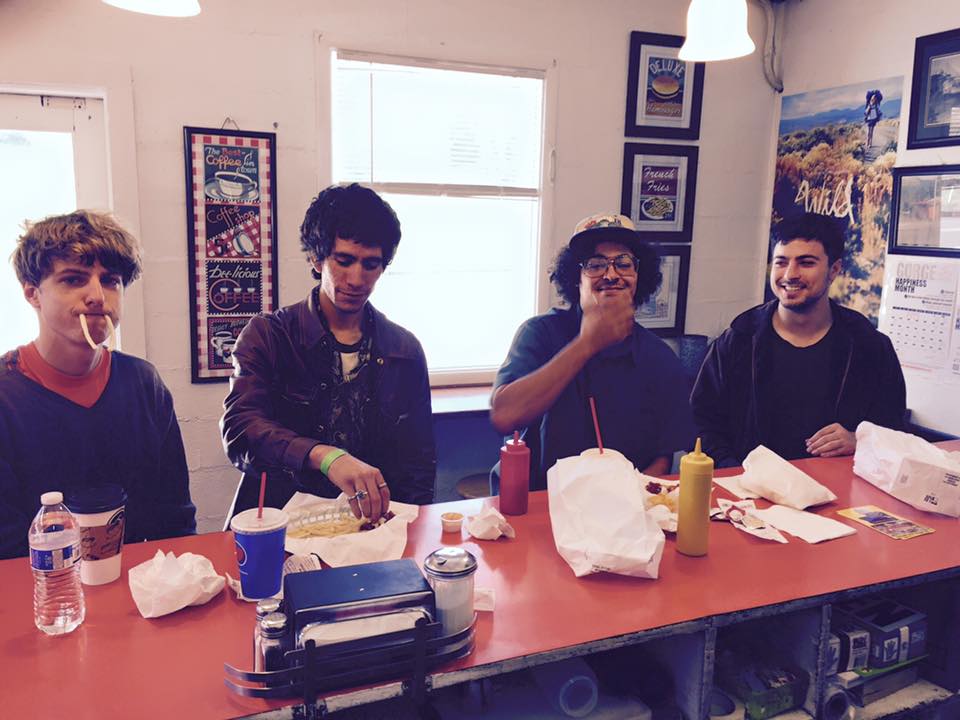 We first introduced you to Oakland’s Nopes in the summer of 2015, with a successful EP release and more recently a must hear 12 track album-there’s no stopping this group of energetic musicians- their sound is destined to be heard.

Nopes are a punk band with a real punk attitude who have just followed up their great debut EP Nectar Of The Dogs with their equally as great debut album Never Heard Of It. Gavin Brown had a quick chat with the band to hear about the album, the bands chaotic live shows and the state of punk in their hometown of Oakland.

Who are some of Nopes favourite bands and influences?

What is the music scene like in your Oakland hometown both nowadays and in the past?

It was pretty great before. It’s still great now, and definitely better than San Francisco. San Francisco is nothing but overpriced bars with rich nerds now. Oakland is the last strong leg of the Bay Area scene.

Are there any good new bands that you can recommend to us?

Toyota, Stucko, Ovvn, Lumpy & the Dumpers, CCTV, Sumatraban, Bronco Country, Ron Hexagon, Baus, The World, Yogurt Brain.. There are plenty more but I don’t want to stroke their egos more than they already have been.

In the Bay Area, it’s been a pretty great year so far. Lots of weird bands and fringe punk bands have been popping up like crazy. There’s a YouTube channel called “Jimmy” that features a lot of bands that fit in this category. We’ve been seeing more and more angry and heavy bands too, which is so refreshing to hear after years of garage rock overload.

What is your favourite punk album ever?

The album retains the same infectious energy as on the Nectar Of The Dogs EP. Is the album a continuation of the EP?

It’s a little more focused. We all have a better idea of the music we really like playing now.

The overall feeling on Never Heard Of It is just how vital and energetic it sounds. Was that the feeling you were trying to get across?

What are Nopes upcoming tour plans?

We want to tour the US in 2017 again, but also have plans to try to hit Germany and other parts of Europe as well. Japan is definitely in the top of the list too.

How did your Halloween show at Bottom Of The Hill in San Francisco go?

We assaulted people with sour candy and wore spandex power ranger outfits. It was so much fun, and sweaty.

Did you play much new material?

Always. We rarely play stuff from the EP anymore.

How would you describe a Nopes live show to someone who had never seen you before?

If Nopes could do a cover of any song, what would you choose?

We actually have a cover that we’re going to start playing at shows soon – “Praying Hands” by Devo.

Will you make over to the UK anytime soon?

Hopefully sooner than later! Much more likely sooner now that our country is going to implode.

What has been the best show Nopes have ever played?

Dallas, Texas. The people at Three Links really know how to take care of bands. They served us some amazing BBQ, and we really went all out since it was our first night in Texas. The show had a great turnout for a Monday and the crowd was awesome. Alex threw up brisket all over himself twice on stage. We’ve never sweated so much in our lives.

If you could play a show with or tour with any other bands, who would you choose?

The Smiths, so that I could take Morrissey to In N Out.

Where is your favourite place to play in the world?

What is the best live show you’ve ever been to?

What are the bands plans for the new year?

NECTAR OF THE DOGS EP OUT NOW
Purchase: http://store.merhq.com/album/nectar-of-the-dogs